Alvin Ailey was an African-American dancer, choreographer, activist and visionary. Using dance as a platform for personal, spiritual and cultural expression, Ailey’s style fuses modern dance with elements of his African American heritage. Though he is remembered as one of the dance world’s great revolutionaries, his legacy lives on through The Ailey School. We find out more about this innovative artist.

The spiritual, Wade in the Water, depicts the Israelites’ escape from Egypt (Exodus:14), as well as the power of God’s healing waters (John:5.4). During slavery, it was thought to detail instructions for fugitive slaves seeking an escape route to freedom. Its message resonated with Ailey and provided a musical basis from which his expressivity could take flight. Wade in the Water forms part of Ailey’s world-renowned masterpiece, Revelations. 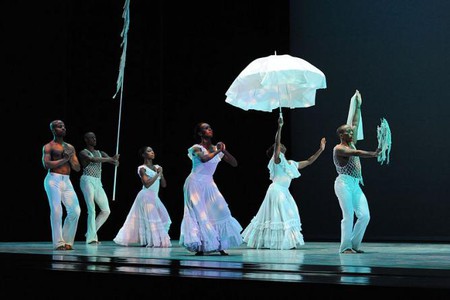 Born in 1931, Ailey was raised in racially segregated Texas, where he attended Sunday school and was a part of the Baptist Young Peoples’ Union. At 11 years of age, he began dance training in classical, folk, and modern genres. A year later, Ailey moved to Los Angeles, where he proved to be a talented linguist as well as an athlete. It was a school excursion to see the Ballet Russe de Monte Carlo however, that ignited Ailey’s passion for a career in dance.

In 1950, Ailey joined Lester Horton’s dance company – the first racially integrated troupe of its kind in the United States. Horton saw modern dance as a cross-cultural melting pot. Opportunities for African-American dancers were sparse and Horton’s model became a beacon of hope during the Civil Rights Movement. Following Horton’s death in 1953, Ailey became the director of the Horton Dance Theater and also began to choreograph his own productions.

Inspired by Horton, Ailey founded the Alvin Ailey American Dance Theater in 1958, with the company welcoming dancers of all ethnicities and backgrounds. Considered his magnum opus, Revelations has moved audiences since its premiere in 1960. It has reached over 23 million people in 71 countries across six continents. In Ailey’s eyes, Revelations used music and dance to awaken the soul, weaving a story of hope, salvation and transcendence. He describes his inspiration as ‘blood memories’ that coursed through his veins and permeated his inner being.

The work is divided into three sections, with each depicting various aspects of Baptist worship. The first section, ‘Pilgrim of Sorrow’, portrays those who hope and pray for salvation despite life’s challenges. The following section, ‘Take Me To The Water,’ details Ailey’s own baptism, which took place in a pond behind Ailey’s church and was the initiation through which one became a full member of the congregation. The third section, ‘Move, Members, Move’, shows a church congregation joining to worship, with colorful vignettes depicting various conversations amongst the churchgoers 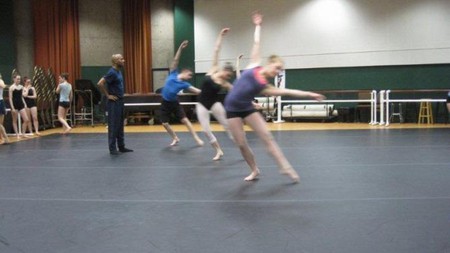 Tragically, Alvin Ailey died from AIDS at the age of 58, on 1 December 1989. Today, Alvin Ailey’s work is considered a vital artistic representation of American culture, and has received numerous accolades. As well as several honorary doctoral degrees, Ailey received the United Nations Peace Medal in 1982. Most recently, in November 2014, President Obama posthumously awarded Ailey the Presidential Medal of Freedom.

Fundamentally, Ailey sought to represent the human condition: the fight for social justice, equality and freedom of speech. Just as Martin Luther King used the power of speech, Alvin Ailey used the power of dance to express and empower the African-American people. Judith Jamison, director emerita of Alvin Ailey American Dance Theater, exclaims that Revelations ‘set a tone for what is human in all of us, no matter where you come from. We’ve done that piece all over the world, and everyone understands exactly what it’s about — it’s humanity, it’s triumph, and what it is to be human.’

Though being an African-American, homosexual dancer is perfectly accepted in 2015, in Ailey’s time it was punishable. This is a yardstick of the rapid social progress which we should never forget, and which we should always defend. Instilling hope against all odds, Ailey questioned social conventions, challenging discrimination in all its forms. It is for these lessons, as well as his art form, that Ailey is so fondly remembered.