A Music Lover's Guide To Indie In Houston 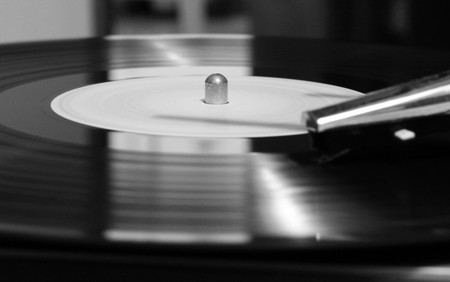 When people think of music from Texas, they think of George Strait and Willie Nelson. Amen to that – they are the kings of the country scene after all. However, Texas is not all cowboys and cowgirls. The Lone Star State deserves a standing ovation for having great indie bands. It’s no secret that Austin takes the crown when it comes to alternative music in Texas. That won’t be changing anytime soon. Let it be known that Houston should not be forgotten. Many great bands are born and bred here. Ladies and gents, please put your hands together for the five best indie bands from Houston.

There is nothing shallow or silly about The Tontons. This band is golden. Expect to be hypnotized by sultry, sexy tones and powerful lyrics. Undoubtedly one of the best indie bands from the Lone Star State, The Tontons have this way of seducing audiences with their music. Listening to lead singer Asli Omar will make anyone stay up past the moon. You can’t get enough. It is no surprise that she has been described as a ‘vocal vixen.’ Her quirky choreographed hand movements mixed with her magnetic stage presence is dazzling. Texas owes The Tontons something kind of wonderful for producing such magic. Be ever smart, do what is right, and see that loving this band is not a hard cross to bear.

One listen to Buxton, and you’re hooked. The music is instantaneously injected into your soul and runs through your veins. After successfully conquering the South, this Houston band of brothers have now ventured out West to spread the love. Buxton’s music paints a picture and opens the door for listeners to truly feel. This is especially apparent in their latest album Half A Native, which shows the transition from a folky feel to a more soul-wrenching, eclectic mix of tunes. Each and every song is a masterpiece and tackles imperative issues such as the concept of home and finding that someone or something that provides meaning. Buxton’s music anchors the soul and helps you not get lost.

Make room for The Suffers. Since 2011, the world has been a better place for having them. The captivating voice of lead Kam Franklin is as powerful as it is beautiful. Soul music is not the only influence on this large ensemble band. A whole melting pot of influences can be detected, from Southern hip-hop to classic rock and roll, country, and Caribbean music. The Suffers get their name from an old Jamaican movie called Rockers. This funky group describes their vibe as Gulf Coast Soul. Watch them live – you certainly won’t suffer. The silky smooth song ‘Make Some Room’ will have you dreaming about them cooking for you! One can only hope. Be prepared to love them like you’ve known them forever.

If mosh pits were socially acceptable at an indie concert, the Young Mammals would start many. This band has bitten the world, just as this vivacious bunch has been bitten by mosquitobots! ‘Dragon Wagon’ is so full of energy that it will never get old. The guitar riffs, contagious energy, and catchy lyrics make you want to dance and gallivant around like a mad person! Instead of seeing a medical professional about such behavior, just listen to their song ‘Doctor Doctor.’ All will be well. These superstars do, however, show a tremendous amount of range with low-key vibes too. Let’s hope the Young Mammals never cease and desist.

Eye makeup or not, these guys will never make you tired. It’s challenging to choose a favorite Wild Moccasins song. ‘Open Sesames’ is definitely a strong contender. The stunning, mystical vibe will put anyone into a dreamy, positive trance. The beautiful thing about hearing the Wild Moccasins live is that anything can happen! They collaborate, create, and carry out music that jump-starts the mind. Don’t be surprised by outrageously cool outfits, confetti, and balloons too. The Wild Moccasins are like Wendy and the Lost Boys from Peter Pan in their camaraderie and spirit. There is nothing lost about their music, however.