A Hoedown Dedicated Entirely to Watermelons? Only in Texas... 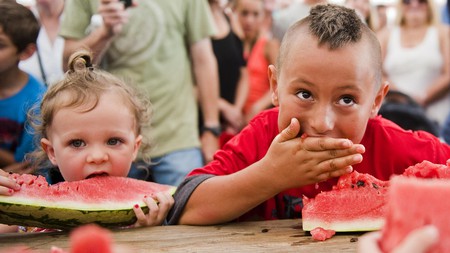 Next to oil (and perhaps barbecued brisket), the most abundant commodity in Luling, Texas, is the watermelon – celebrated with a record-beating festival on the last full weekend in June.

The small city of Luling, Texas – along the San Marcos River – has been hosting the Luling Watermelon Thump since 1954. In 2021, it’ll take place from June 24-27, during which the resident population of 5,869 swells like the titular fruit to some 30,000 people.

So, what’s a thump? The festival name comes from the tried-and-true technique of assessing the ripeness of a watermelon – thousands of which are grown in Luling. You thump the melon with your finger, hoping for a hollow sound indicating it’s ready to be eaten. Caution: a metallic ringing sound means it’s not yet mature.

In addition to the crowning of the Thump Queen, festivities include watermelon-eating contests, a watermelon auction, a farmers’ market, a beer garden, the World Championship Seed-Spitting Contest, live music, children’s games, a parade featuring local bands, a cornhole tournament, a car show, food booths and the much-anticipated watermelon weigh-in – where size really does matter. 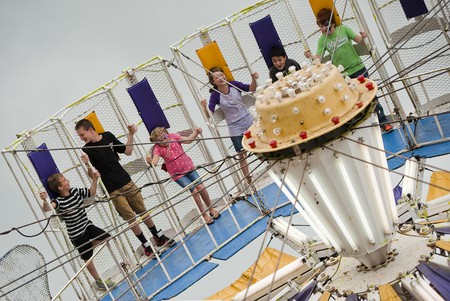 All in all, the festival is a very weird and wonderful way to pass a weekend, especially with our fruitful selection of San Antonio hotels and experiences – your best bet for a base since small-town Luling, an hour’s drive away, is somewhat light on places to stay (but very big on watermelons).

“Luling is a small place, quiet. The loudest thing you have here is the train,” says Amanda Avalos, crowned Watermelon Princess in 2019. “But we’ve always called ourselves the watermelon capital because each year we celebrate the watermelons being grown here and everybody gets involved,” says Bubba Damon, a Watermelon Thump board director, who lends a hand to the melon auction and car-show events.

And Bubba means everybody. His wife, Tandra, was the 1988 Thump Queen and continues to help out. Bubba and Tandra’s daughter, RaVanna, was voted Thump Queen in 2009 and rode into the parade on a tractor. Tandra’s aunt Ollie Joe wore the crown back in 1968. For the Damons, the Thump festival is a family affair – and that’s the vibe visitors can expect, too. 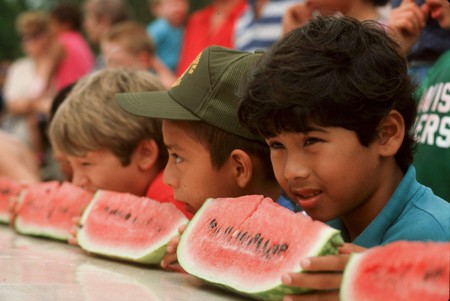 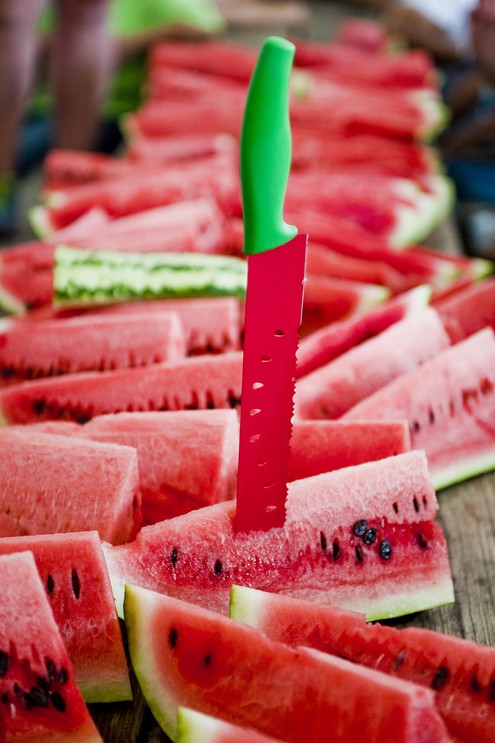 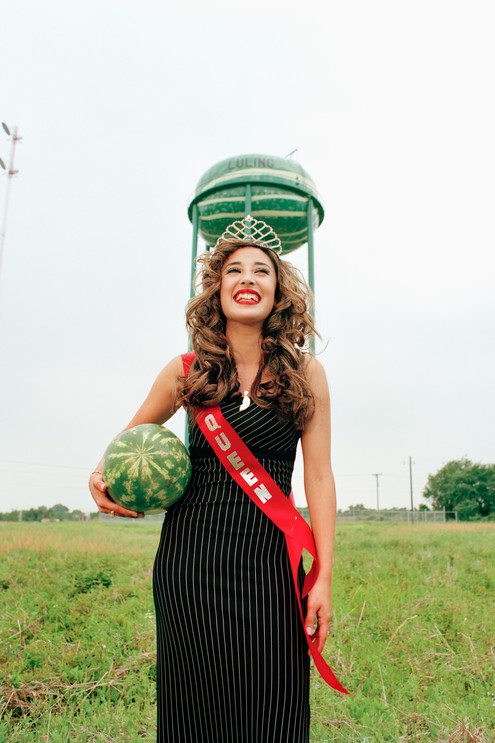 So, what are the must-attend events, according to locals? The watermelon-eating contest, for starters. “Some of our contestants get pretty serious about the watermelon-eating contest,” says former chair Dana McNabb. “They can eat a slice in a matter of 15 to 20 seconds. Back and forth like a typewriter.” Six-time champion Samantha Mager is more matter of fact: “You just go for it. You put it up to your mouth and just scrape as much as you can.”

There are also the watermelon seed-spitting championships, which have become a little intense in the past. In 1981, a Guinness World Record was set by a visitor from Houston who spat his watermelon seed an impressive 65ft, 4in. Then Luling reclaimed its rightful place in 1989 when local resident Lee Wheelis spat a distance of 68ft, 9⅛in. Tough to beat, we’d say, but you be the judge of that.

Temperatures in Luling in late June average about 92F (33C), meaning you’ll want to find places to cool off. Luckily, there are lots of refreshing watermelons around. But if you’ve had your fill, Luling residents also favor the Zedler Mill Swimming Hole on the San Marcos River, about a five-minute drive from downtown Luling, across from the golf course.

Alternatively, if you’ve got kids in tow, the Schlitterbahn Waterpark in New Braunfels is flume heaven and only a 40-minute drive away. There’s also the nearby Natural Bridge Caverns. Sign up for the Hidden Passage Tour, which not only gives you a lesson in stalactites but also keeps you out of the blazing sun for a couple of hours. And for visitors who were expecting cowboy culture in this part of Texas, how about a little rainforest instead of a rodeo? Spend an afternoon exploring the tropical paradise at Palmetto State Park. The bogs throughout the park are surrounded by dense vegetation, creating a jungle-like atmosphere. 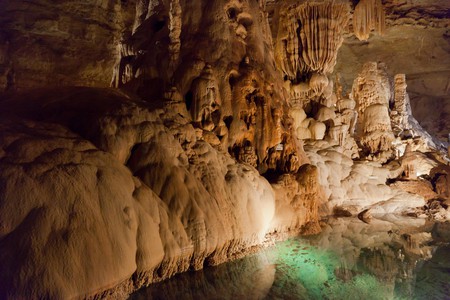 If the lines during the Luling Watermelon Thump meant you couldn’t get your fill of the barbecued brisket that the town is known for, wait until the crowds have vamoosed and make a beeline for Luling Bar-B-Q on East Davis. Just remember that rural Texans tend to eat early, so the restaurant closes at 6pm every night except Saturdays – when you can go buck wild and chow down as late as 7pm.

Keen to make a weekend of it? Browse our curated collection of hotels & experiences available over the Luling Watermelon Thump – bookable on Culture Trip.