A Brief History Of Texas Barbecue 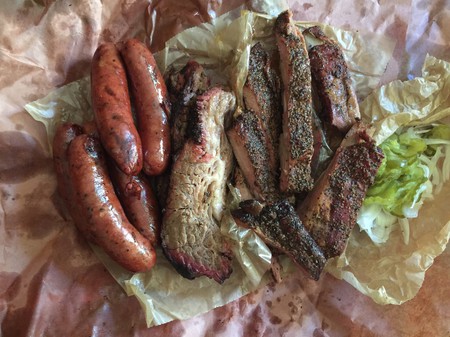 When visiting Texas, there is no way to avoid the famous Texas barbecue. Then again, why would you want to? Texas barbecue is more than just a regional cuisine. Barbecue is a weekend activity, the passing down of family traditions, a community celebration, and a whole lot of Texan pride. If you find a Texas town without a barbecue joint, then you have probably crossed into New Mexico by mistake. Read on to discover what can make Texans queue at BBQ joints all morning long for a bite of the best Texas barbecue. 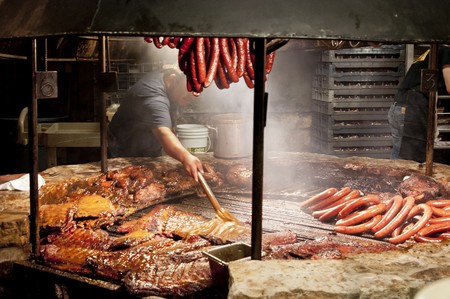 Not all meat can earn the privilege of being called barbecue. Barbecue is a unique method of cooking that uses a closed lid and indirect heat that surrounds the meat. Coals are usually piled to the side or in the center, and the meat is spread around it. Barbecue is a slow process that can take over half a day and is used for large cuts. Barbecue should not be confused with grilling. Grilling uses direct heat, has a quicker cooking time, and is used for small cuts of meat like steaks or hot dogs.

Still, not all barbecue is the same. In the United States, barbecue has regional differences specific to the state and city. The four major types of BBQ are Memphis barbecue, Kansas City barbecue, Carolina barbecue, and Texas barbecue. Each region has its own preferences of meats, spices, fuel, and fixings. Texas is a beef-eating, wood-burning state with a soft spot for the right sauce or dry rub. 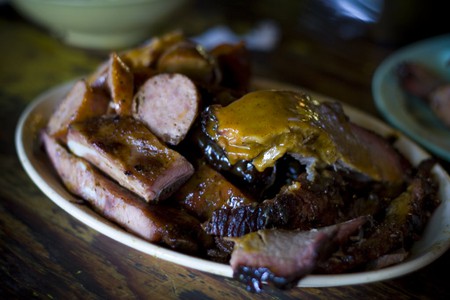 The regional differences in Texas barbecue can be explained by the established cuisines of settling immigrant groups in each area. Central Texas barbecue is credited to Czech and German settlers who owned butcher shops and would often smoke leftover meat to preserve it. They began offering smoked meat to customers, and it was so popular they eventually evolved into barbecue joints. South Texas is famous for its barbacoa which was introduced by Mexican farmhands near the border. Barbacoa was traditionally made by wrapping a cow’s head in damp leaves and placing it in a pit with hot coals for several hours. The saucy, chopped barbecue of East Texas is credited to African-Americans who settled in the area after being emancipated from slavery. West Texas barbecue is often called ‘cowboy barbecue’ because it is cooked over an open fire and birthed from the day of cattle drives and trail blazing. 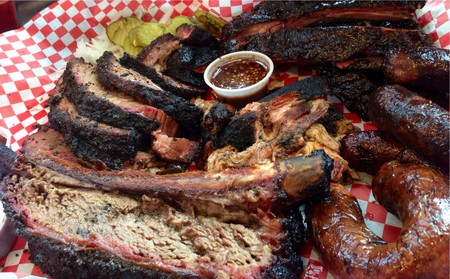 Today, Texas barbecue remains a large part of the Texan identity. While cooking methods have improved and recipes can be swapped more easily, regions still hold on to their unique barbecue identities and traditions. Texas is a big state, but rest easy knowing there’s never a barbecue joint too far away.