A Brief History Of Marfa, Texas 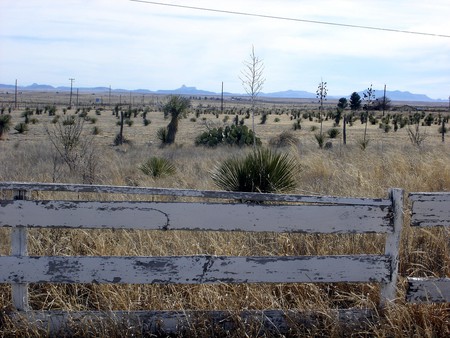 In the middle of far West Texas desert lies the most unsuspected city filled with tourists from all over the world. Marfa, once a fairly empty and dilapidated town in the middle of nowhere is now a minimalist art mecca.

In the early 1880s Marfa served as an old railroad water stop, subsequently growing in size and population with the creation of the Marfa Army Airfield which brought in churches, dance halls, and hotels – all of which dwindled when the airfield closed in 1945 and the town began its long, slow decline. 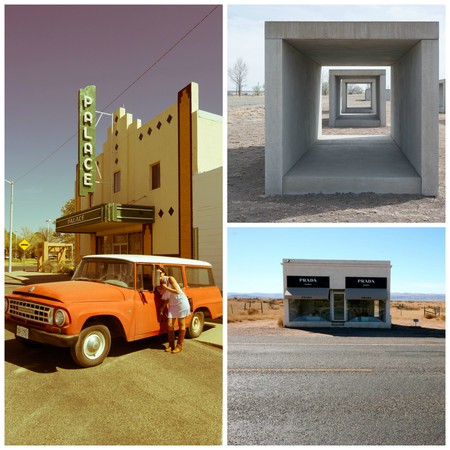 The Man who put Marfa on the map

Donald Judd, a former New York artist, stumbled upon Marfa and found the ghost-town feel appealing, almost seeing it as his very own blank canvas. He later founded The Chinati Foundation, brought in other minimalist artists, and created his own iconic contemporary art on site. The foundation’s land extends across 340 acres and holds 15 outdoor concrete and 100 aluminum pieces by Judd alone. Other artists include Robert Irwin who designs with light and space, Carl Andre, Roni Horn, and more.

The art produced through The Chinati Foundation brought in not only artists but all kinds of individuals, and hotels and bars started popping up. Prior to its launch, however, the Marfa Lights became popular in the late 1970s. Curious thrill seekers traveled to see this unexplained phenomenon of lights, with many claiming it the work of UFO’s and others writing it off as just the reflection of the campfires at night. There’s still no clear cut answer and the lights continue to attract tourists from all over.

Following the inception of The Chinati Foundation in 1986, iconic art pieces continued to attract the next aspiring artist – or art-lover. In 2005 artists Michael Elmgreen and Ingar Dragset installed the permanent installation Prada Marfa. Now this piece of art is one of the more famous icons in town and appears to be the default Instagram shot for those traveling through this eerie town.

Marfa continues to grow in popularity today with all kinds of art enthusiasts, and now hosts a Marfa Film Festival as well as the Trans-Pecos Festival of Music + Love. Both festivals attract tourists and art professionals from all over the world. The film festival started in 2007 and showcases cinema over a period of five days, providing a space where up-and-coming filmmakers can showcase their talent in a safe, encouraging environment. The Trans-Pecos Festival brings in hipsters and nomads that enjoy a cosmic experience under a star-lit sky.

Whether you travel to Marfa for the lights, festival, art, or incredibly clear skies, your time there will be nothing short of enchanting.