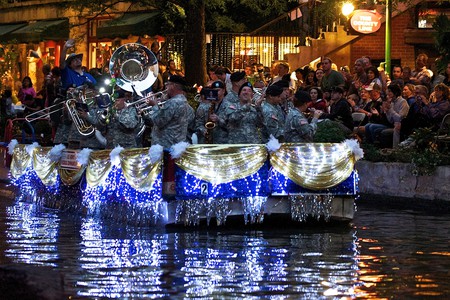 If you’re from San Antonio, Fiesta isn’t just a large parade with parties; it’s a ten-day holiday where the whole city comes alive with color, and through the streets filled with people, you regularly hear ‘Happy Fiesta!’ Here’s the history behind the city’s beloved event, which has transformed tremendously since its inception in 1891.

San Antonio is home to The Alamo, where the battle for Texas’ freedom from Mexico began. In March of 1836, Texan soldiers lost the battle at The Alamo against Santa Anna (the Mexican president at the time), but they were not hindered. One month later, Stephan F. Austin and fellow soldiers won the Battle of San Jacinto near Houston. Today, The Alamo still represents the beginning of Texas’ independence from Mexico, and both battles inspired the very first Fiesta event. 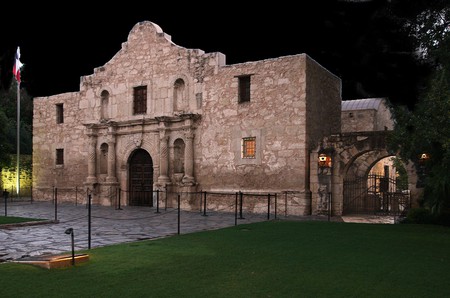 In honor of the brave men who fought at The Alamo and San Jacinto, the very first Battle of Flowers parade took place in 1891, marking the beginning of Fiesta. The Battle of Flowers, although small in size, became extremely popular throughout San Antonio. Everyone came to see children dressed like flowers riding on the floats, horse-drawn carriages adorned with flowers, and participants enjoying a friendly game of throwing blossoms at each other. 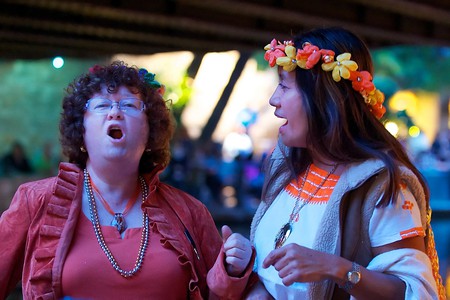 From then on, various events followed the parade, including carnivals and balls. The crowning of the ‘Queen of Fiesta’ started in 1904 and was eventually officially organized by John Carrington, who started the Order of the Alamo. He also formed The Texas Cavaliers in 1926, a team that would choose ‘King Antonio’ for that year.

After some revitalization projects to the San Antonio River, The Texas Cavaliers showcased ‘King Antonio’ during the first river parade in 1941. The Fiesta Flambeau Parade followed in 1948 – its name inspired by the French word for ‘candlestick.’ Each float lights up to this day. 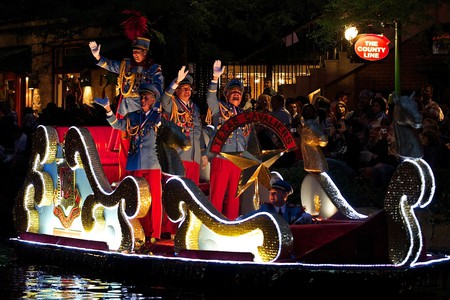 So many events have taken place over the years and now hold a permanent spot during the ten-day celebration, including the Oyster Bake, Pooch Parade, and the crowning of Miss San Antonio. There’s only been a handful of times that the parade didn’t take place – for example, in 1918 during World War I.

Every year, the festival grows a little more, attracting people from all over the United States. The whole week is televised on the local San Antonio news station, kids are off from school, most people take time off work, and colorful flowers decorate the city. It’s a celebration worth experiencing. 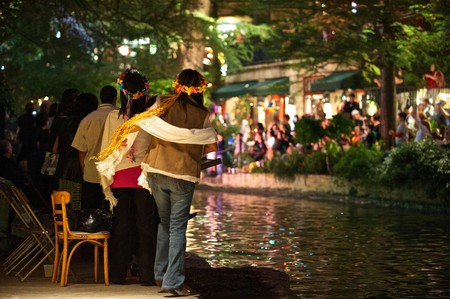