Need to quench your thirst? Visit the Houston beer sanctuary known as the Saint Arnold Brewing Company. It houses a homey restaurant and bar and is somewhat of a museum with murals of Saint Arnold, the patron saint of beers. We take a tour round this unique brewery and bar. 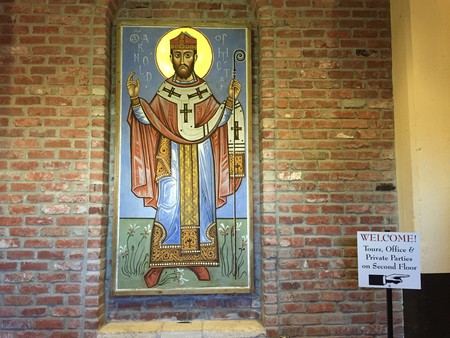 This brewery offers free public tours on weekdays at 3.30pm, and $10 tours on Saturdays at 12pm, 1pm, and 2pm, no reservations required. The employees create a jolly good atmosphere and make you feel at home. Even non-drinkers will be enraptured by the history and what it takes to craft beer. You don’t have to be a drinker to appreciate the craftsmanship of beer making or the warmth of the environment. The churning of machinery and clinking of glass bottles are an orchestra of creation. 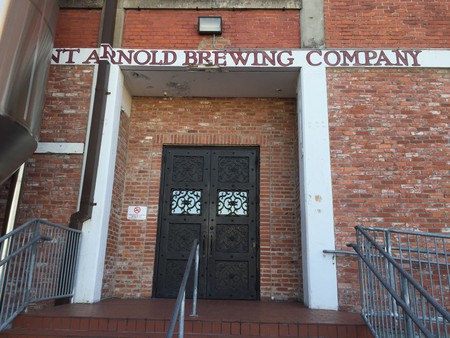 Their popular beer selections include the following:

Weedwacker: Fermented with Bavarian hefeweizen yeast, it is tart with clove notes.

Santo: Lifted from a Kölsch recipe with the addition of Munich and black malt. Known for its dark malt flavor.

Pumpkinator (seasonal, released around October): This uses pumpkin pie powder in its recipe and tastes like liquid molasses.

Keep a lookout for their Icon Series (special beers released for about three months at a time). Special entries remain dormant in their barrels until ready to emerge to the public. Employees are even encouraged to provide input for their own recipes and experimental brews. 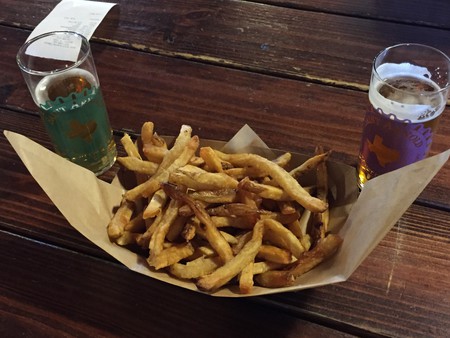 As for non-drinkers, Saint Arnold has a root beer with a vanilla edge. You can supplement your drink with fries or munch on roast beef sandwiches. The food is as delectable as their beers. 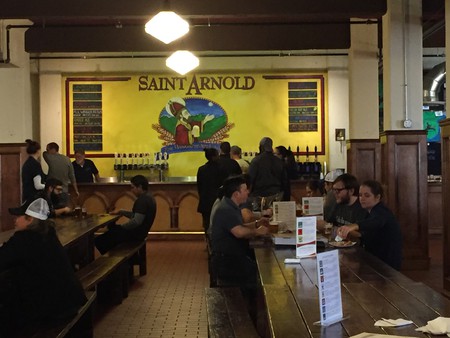