8 Things To Do in South Dallas 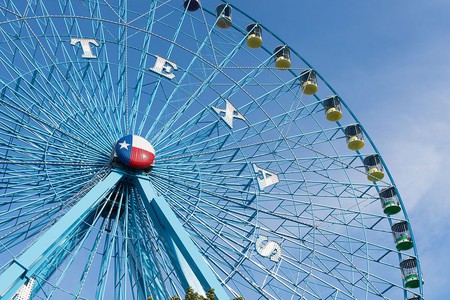 South Dallas may not have the best reputation in Dallas, but that might be a blessing in disguise. Leave the crowds of Uptown or Deep Ellum and explore this culturally-rich neighborhood of Dallas. Here are eight things to do in South Dallas – see you there!

The State Fair of Texas is a Texas-sized event that just so happens to be located in South Dallas’ Fair Park. From September to October, over two million visitors from all over the world visit the Texas State Fair to say hello to Big Tex, ride the carnival rides in Midway, and participate in other traditional fair activities. On your visit to the Texas State Fair, be sure to try a Fletcher’s Corny Dog – reportedly the first corny dog invented – as well as other Texas fair foods, explore the agriculture section, catch a concert, and have a blast in true Texas fashion. 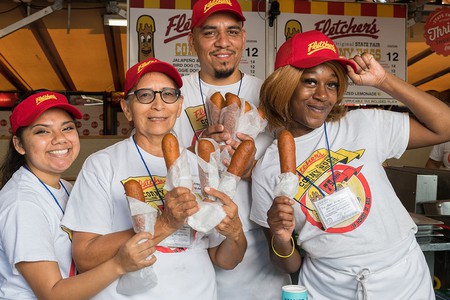 Sip on drinks in Expo Park

Expo Park is located across the street from Fair Park and has long been an underrated place for a night out in Dallas. Yet, there’s plenty of places here to grab a drink. Craft & Growler serves local craft beer in a spacious, rustic setting, while Eight Bells Alehouse is a chill bar with great drinks. SANDAGA 813 is a fun lounge that offers entertainment like jazz, reggae, and hip-hop inside and on its outside patio, as well as literary events at times. And if you need a bite to eat, there’s always food and drinks at Pizza Lounge and at Expo Bar Dallas.

Catch a concert at the Dos Equis Pavilion

They’ve had many names over the years, but the Dos Equis Pavilion is a fantastic concert venue in South Dallas that brings in big names in music, comedy, and entertainment throughout the year. It can hold 20,000 people, with 7,500 seats in a reserved seating area and first-come, first-served on an expansive lawn. Visitors can grab food, drinks (alcohol too), and lawn chairs for rent at the Dos Equis Pavilion and catch shows by stars like Jason Aldean, Five Finger Death Punch, Wiz Khalifa, Miranda Lambert, Amy Schumer, and much more.

Enjoy the outdoors in South Dallas at Texas Discovery Gardens, a 7.5-acre (3.03-hectare) garden of native and adopted plants in Fair Park. They are the first 100% organic garden in Texas and are known for their Butterfly House and Insectarium, as well as their display of 20 venomous snakes. Texas Discovery Gardens is open year-round (except on certain holidays) with a small entrance fee and is a great outing for people of all ages. 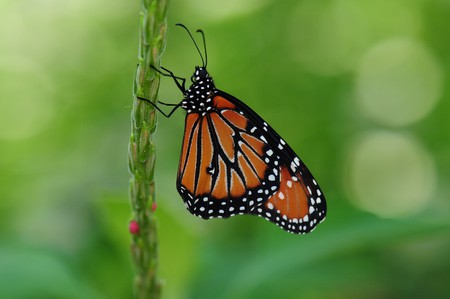 See the Lion King and Hamilton on stage

Dallas Summer Musicals is a non-profit that brings year-round musical theater performances to North Texas at Music Hall in Fair Park. They launched the non-profit in 1941 and haven’t stopped since. Who needs to travel all the way to Broadway when you can see The Lion King, Anastasia, Elf, Hamilton, The Phantom of the Opera, and Aladdin all in South Dallas?

Visit an array of museums

The museums in South Dallas are often outshined by those in the Dallas Arts District, and yet, they are a fantastic bunch to visit. The African American Museum is the only museum dedicated to African American history and art in the Southwestern region of the United States and is completely free. The Dallas Firefighters Museum showcases Dallas firefighter history in a fire station from 1907. Visit the Children’s Aquarium at Fair Park to witness 256 species in 55 exhibits for a small fee. They also have feeding demos and opportunities to pet stingrays. 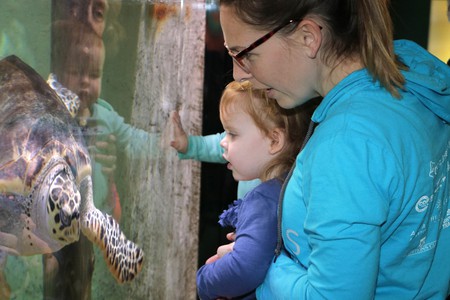 Eat your heart out in South Dallas

South Dallas’ food is two things: hearty and delicious. Elaine’s Kitchen is a hopping Jamaican spot serving jerk chicken and oxtail with lines that wrap out the door at lunch. You won’t find better catfish in a hole-in-the-wall setting than at Ronnie’s Catfish & More. If you’re not feeling fried catfish, Aunt Irene’s Kitchen serves up large plates of Cajun-style seafood. Craving pizza – head to Pizza Lounge and get your barbecue fix at Two Podners Bar-B-Que & Seafood. There’s plenty of good food in South Dallas just waiting for you to chow down.

Watch the Red River Showdown at the historic Cotton Bowl

Football is a Texas pastime and there’s no better place to watch one of the most historic football games of the state than in South Dallas’ Cotton Bowl during the Red River Showdown. Played between the University of Texas Longhorns and the University of Oklahoma Sooners, this game is held every October and is one of the biggest rivalries in the nation. If you can’t get tickets, head to the Cotton Bowl for tailgating fun. 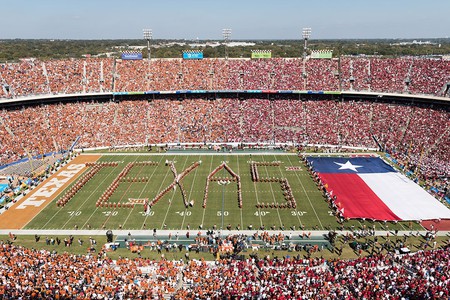