6 Events in Texas Celebrating the Life of Selena Quintanilla 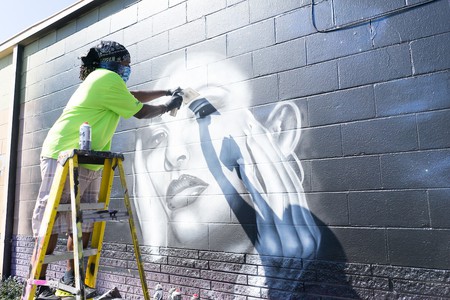 Known as the “Queen of Tejano Music,” Selena Quintanilla-Perez broke records and barriers in the Tejano music industry, catapulting to worldwide fame before passing away at the age of 23 in 1995. Following her death, her last album was released, and she successfully crossed over into the English music world, becoming a staple of pop culture and a source of pride for Texans. If you want to remember this amazing songstress on her 23rd anniversary, head to Texas and celebrate Selena in these six ways.

Fiesta de la Flor is a two-day event in Corpus Christi, Selena’s hometown, celebrating the life and legacy of Selena. There will be two days of concerts with artists like Becky G, Elida Reyna, Los Palominos and the Mavericks. Selena-focused activities include pictures with Selena’s Madame Tussaud wax figure, a silent disco with Selena music and a free showing of Selena’s last concert at the Astrodome. During the day, visitors can also enjoy a market with Mexican artisans, food trucks and a play area for children, and at night, HEB will put on a firework show. Finally, the festival will end with a talk between Selena’s sister Suzette, Becky G and Desi Perkins at the American Bank Center Selena Auditorium about the impact Selena has made on the world. 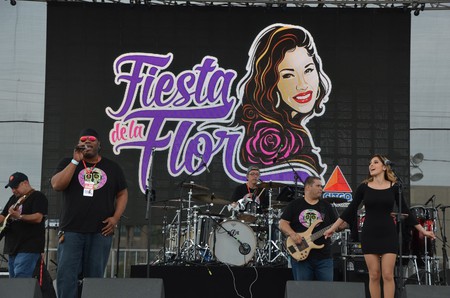 The 214 loves Selena, too, and they’re showing it in a big way with the #214Selena festival. The Oak Cliff Cultural Center of Dallas has been hosting #214Selena for five years, and this year, it’ll launch with a showing of Selena at Texas Theatre on March 30. The film will be followed by an art show and mural unveiling at Top Ten Records. On March 31, the anniversary of Selena’s passing, it will be Selena Day at Country Burger in Oak Cliff. There will be a Selena lookalike contest, a low rider show and a vendor market. The two-day festival will end at Club Dada with another lookalike contest and special show by Principe Q. The entire festival is free and kid-friendly, except the last event at Club Dada, which is 21 and over. 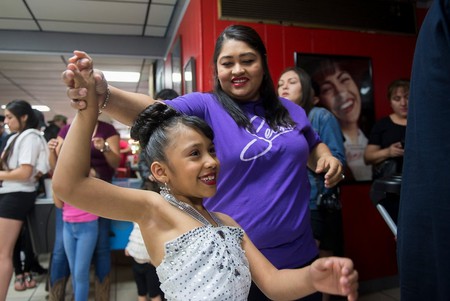 Dreaming of You Warehouse Live

Selena’s last concert was at the Astrodome in Houston, so it’s no surprise that Houston wants to show some love to Selena, too. Warehouse Live is hosting “Dreaming of You” A Tribute to Selena on April 7. The tribute will feature a Selena lookalike contest with the prize for the winner a $1,000 Houston Gold Exchange gift certificate. There will be art installations set up, as well as choreographed dancers and music by DJ Joey Guerra, DJ Gracie Chavez, the Selena Tribute Band and Mariachi Luna Llena. It’s open to all ages with tickets costing between $20–$25.

If you can’t score tickets to Fiesta de la Flor, you’ll definitely want to visit the Selena Museum in Corpus Christi on the anniversary of Selena’s passing. Built by the Quintanilla family, the museum features memorabilia that traces the life of Selena, including her Grammy award, costumes from concerts and her red Porsche. The museum is only open Monday through Friday from 10 a.m. to 4 p.m. and it’s generally packed the first day of Fiesta de la Flor.

San Antonio is featured in many scenes in the film Selena and is still a great spot to remember the Queen of Tejano music. Before Selena’s star was inducted into the Hollywood Walk of Fame, she had a star in front of the Hard Rock Café San Antonio that can still be viewed today. Just two months before her death, Selena performed at the Hard Rock Cafe San Antonio, and inside, visitors can see the outfit she wore the day of her performance, as well as other pieces of memorabilia. 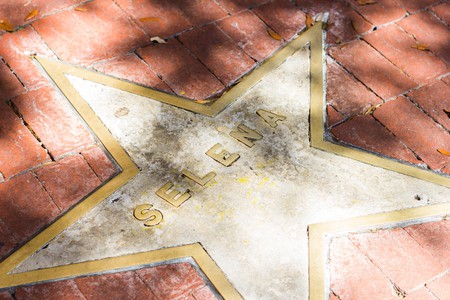 The community of Corpus Christi shines a light on the life of Selena Quintanilla-Perez in some of the most amazing ways. Mirador de la Flor translates to “Overlook of the Flower”, and is a life-size bronze statue of Selena designed by H.W. “Buddy” Tatus, a Corpus Christi artist, in 1997. It’s just a few miles from Seaside Memorial Park, Selena’s final resting place, and has become a spot where 30,000 people visit each year to remember the singer and her accomplishments.