11 Fashion Designers From Dallas You Need to Know 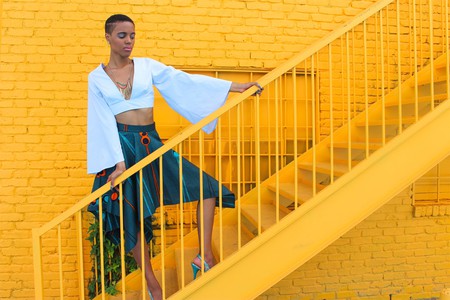 It’s not New York City, Paris, or Milan, but Dallas might surprise you in terms of the fashion talent it has to offer. From clothing lines with political statements, to revolutionary Indian bridal gowns, to African-inspired wear, fiber art details, and luxurious couture, Dallas is home to a bustling fashion scene that showcases what the locals have always known: Dallas does design. Get your credit card ready—here’s 11 fashion designers in Dallas that will have you scrambling to add to your wardrobe.

Who says fashion can’t make a statement and a difference? Fashion designer Charles Smith II believes so. Smith II currently has two lines: “Smith II,” a luxury line, and “S2 by Smith II,” an edgier and affordable brand. He’s dressed celebrities like Angela Simmons and Zoe Kravitz. His line sometimes features the words, “Do Not Touch,” inspired by the conversation around police brutality and the Black Lives Matter Movement. In an effort to give back to his community, Charles Smith II created a scholarship for Dallas ISD students funded by the profits of his fashion lines. 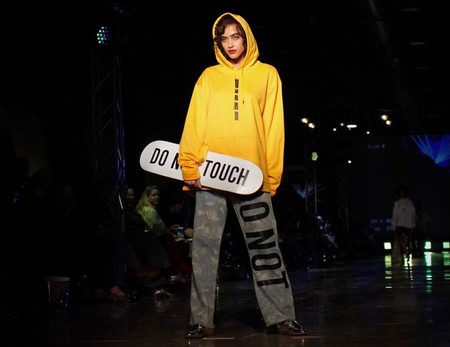 Mario Alberto Gallegos Jr. is a Dallas native and fashion designer, who has been doing big things in the Dallas fashion scene, so much so that he showcased his work during New York Fashion Week in 2014. Inspired by his Chicano heritage, Gallegos’ newest line, La New Onda, seeks to reclaim retro Latino fashion trends like pachuco suits, chola fashion, and Puerto Rican pompadours. Today, Gallegos Jr. can often be seen at Petit Atelier, a fashion studio in Deep Ellum, or Tissu, a fabric boutique. He opened both studios with his business partner and fashion designer, Michael Wysong Crigger.

Some might say that Khanh Nguyen was destined to be a fashion designer, with a father who was a talented artist and a mother who was a bridal designer. Owner of the label Nha Khanh, Nguyen was born in Vietnam, but was raised in Texas. She started her own business in 2009. Now, she creates exclusive designs for private clients, the likes of which are inspired by nature and art. Her past creations—whether bridal gowns, dresses, or two-piece outfits—have a dream-like quality and are luxurious in their detail.

Molly Sydnor may not be a Texas native, but with almost three years in Dallas, it looks like she’s here to make her name in the Dallas fashion scene. Sydnor identifies as an artist before a fashion designer, likening the creations she makes for clients to “wearable sculpture.” Much of her work uses fiber art and textiles to create a variety of textures and colors that speaks to race and identity; however, her latest line, showcased at The Pin Show in 2018, featured a unisex line that was edgy and inspired by the juxtaposition of architecture and light. 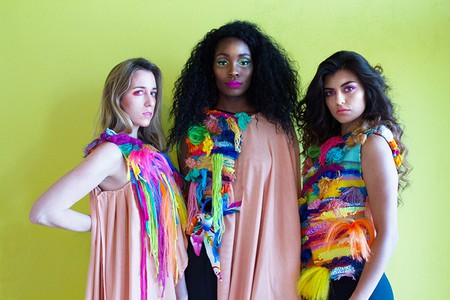 At seven, it was clear that Shirin Askari had a future in design when she made her first dress. Today, she’s killing it on the Dallas fashion scene and beyond with her collection, ASKARI. Askari appeared on the sixth season of Project Runaway, and later, showcased her work at New York Fashion Week. Her women’s line features lots of color and fun prints for the modern woman and are found in 150 boutiques and stores worldwide.

With accolades like “Texas Top Designer” awarded by Stanley Korshak in 2007, Abi Ferrin is a big-name fashion designer of Dallas. Catering to women of all ages, Ferrin designs garments to make women feel confident and beautiful, regardless of their body type. She employs ethical and environmentally-friendly design practices beginning with the production of each piece. She spearheaded the Freedom Project, which gives survivors of abuse and exploitation fair wages and future opportunities through the manufacturing of her line.

Fashion designer Julie McCullough is the brain child of the The Pin Show, a fashion show that has showcased the artistic expressions of Dallas’ new, edgy, or up-and-coming designers for 10 years. However, McCullough as also been making her name as a fashion designer in Dallas. She opened Make + Made in 2005, and today it’s a garment production and upholstery studio. Folksie is her newest brand, offering women, men, and kids clothes that are simple, but also make a strong impact. 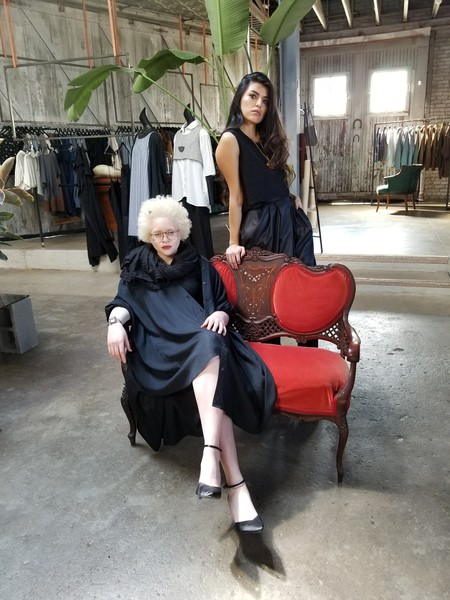 The bow tie is back in style and Emmanuel Tobias is keeping it that way. Tobias is a fashion designer in the DFW with a colorful and fun selection of bow ties. He was involved in the Dallas fashion scene for quite a while before making his debut on the thirteenth season of Project Runaway in 2014. His designs are inspired to help men elevate their style, while maintaining individuality.

Working at Neiman Marcus while still in college, Michael Faircloth was introduced to high fashion and top designers around the world. The experience inspired Faircloth to start his own fashion company in 1984. In the past 30 years, Faircloth has become one of Dallas’ elite custom garment designers. His most notable design was Laura Bush’s red couture Inaugural gown worn in 2001. Today, Faircloth continues to design luxurious garments, but also works hard to mentor young fashion designers trying to make their way in the world.

Memory Jora is bringing African designs from her home country of Zimbabwe to the streets of Dallas, and the result is wonderful. Jora’s line, Mory Jay, includes African prints with modern designs and cuts to create something truly exceptional, while also staying true to who she is and where she came from. Her newest line turned heads at The Pin Show in 2018, proving that Dallas is ready for something ultimately unique, culturally rich, and absolutely authentic.

Prashi Shah took Dallas by storm in 2002 with her custom Indian bridal gowns. She has since included designing non-bridal women’s wear and event design into her portfolio. Eastern design elements, especially fabrics with stand-out prints, are prevalent in Shah’s couture lines. This was inspired by her Indian heritage and a family history of working textiles. Shah’s clothes can be found at her stores, Prashe, located in the Oak Lawn neighborhood and in Houston.