10 Ways Colorado and Texas are Alike 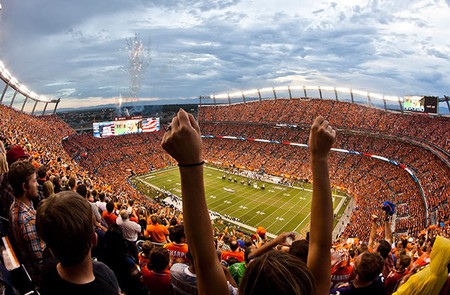 Texas and Colorado are barely separated by New Mexico, and it’s perhaps this proximity between the two that overtime has made the two states quite similar. Whether it’s in terms of the food, culture or activities available, here are 10 cool and interesting ways that Colorado and Texas are alike.

Outdoor adventure is a way of life

Texas and Colorado may have diverse landscapes, but for both states, outdoor adventure is an integral part of life. Hunting and fishing are popular pastimes in both states. Hiking is easier in Colorado, home to the Rocky Mountains, but Texas, too, offers great hiking opportunities at Big Bend National Park and the Guadalupe Mountains National Park. Biking is a favorite outdoor pastime in both Colorado and Texas. The Classic Colorado Race and the Hotter’N Hell Hundred in Wichita Falls, Texas, are just two notable bike rides hosted in these states. We can’t forget that Colorado’s winter sports scene is one of the most fantastic in the country, offering skiing and snowboarding. Texas may not have a winter adventure comparison, but it does offer outdoor fun on lakes, rivers and ocean throughout the year. 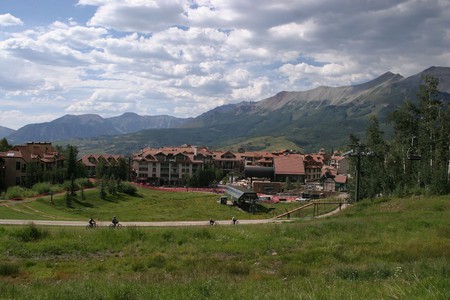 New York, Chicago and even Los Angeles are praised for their art scenes, while Texas and Colorado fall under the radar when it comes to art. For those who’ve visited each state, you’ll know that’s insane because Colorado’s and Texas’ art scenes are spectacular. Where Dallas, Texas, is home to the largest arts district in the United States, Colorado is the national leader for arts funding. The Denver Art Museum’s collection (and the building itself) is outstanding, showcasing modern art in creative and engaging exhibits. For that matter, The Museum of Fine Arts Houston has (arguably) the most diverse art collections in the southwestern U.S. 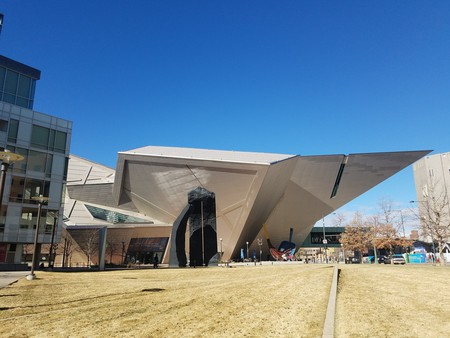 Texas and Colorado have a similar history. For one, the Spanish explorer Coronado made his way through the two states during his exploration of the “New World.” Both states were part of Mexico; Texas gained their independence in the Texas Revolution, and the western part of Colorado ceded to the U.S. in the Mexican Cession. While settlers were drawn to Colorado for gold and Texas attracted settlers with farmland, both had a place in Western expansion and an outlaw-like reputation. The infamous Butch Cassidy made his way through both states, as did Doc Holliday and Wyatt Earp. While the two states each have their own unique history, these examples (and many more) seek to show how similar they are. 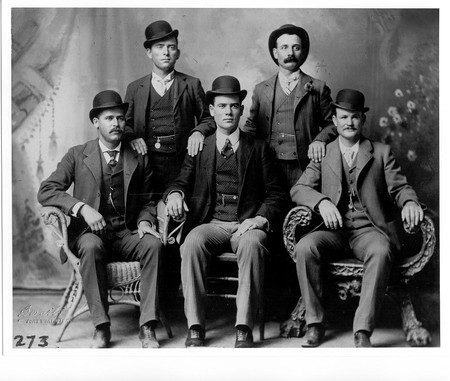 Butch Cassidy is featured here with his gang, the Fort Worth Five | Public Domain

Basketball, football, baseball… All the balls

Sports are an important facet of life in Texas and Colorado. Each state has pride for their professional teams, especially their football teams like the Denver Broncos and Dallas Cowboys. Basketball, baseball and football are big-ticket sporting events in Colorado and Texas, with hockey, soccer and NASCAR racing holding their own among sports activities in each state. While the two states are similar in having a love for sports, they differ in a few ways. Colorado, obviously, has a big winter sports scene, while in Texas, high school and college sports offer as much excitement and draw as professional sports games.

Big helpings of good food is a Colorado and Texas way of life, and they often have similar cuisines. Colorado and Texas are both known for having spectacular meat selections. While lamb, bison and trout are ranked high in Colorado, Texas focuses on barbecue meats like brisket, sausage and steak. Colorado’s Rocky Mountain oysters – or bull’s balls – are a popular food favorite, and similarly well-loved in Texas, though they’re called “Texas calf fries.” Similarly, both states are populated with Mexican restaurants, with Colorado featuring a more New Mexican southwest flavor and Texas offering a Tex-Mex variety.

We all cheers for beer!

Beer is an integral part of social culture in both Colorado and Texas. Colorado has long been known for having one of the best craft beer cultures with 334 craft breweries throughout the state and a per capita rate of 8.4 breweries per 100,000 people. While Texas has 201 craft breweries, their per capita rating is 1.1, which is mostly due to a larger population in Texas. Like Colorado, Texans consume a large amount of beer and were the second largest consumption market of beer in the U.S. in 2015. 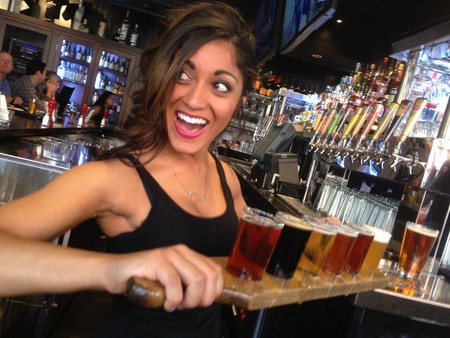 The ranch culture of the U.S. gave rise to cowboys, men and women who rock some killer leather boots and wide-brimmed hats that we all know and love. Texas is hands-down the cowboy cultural center of the world, attracting thousands of visitors to places like the Fort Worth Stockyards to experience a rodeo, buy a pair of cowboy boots or go two-stepping at night. Like Texas, Colorado is home to many ranches and a culture of mountain cowboys, who herd, farm and giddyup on horseback. Rodeos are just as popular in Colorado as they are in Texas, with notable ones like the National Western Stock Show and Cattleman’s Days. 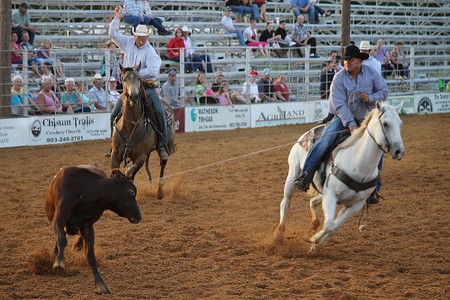 Yes, California has long dominated as the place for startups with a thriving startup scene in and around San Francisco, however, according to the Kaufman Index, Colorado and Texas are right behind California as high-performing startup states. Austin, Texas, had the second highest startup activity in 2017 in the nation, while San Antonio ranked number three in the biggest upward movement of startup activity. Houston was ranked number nine on the 2017 startup activity index, followed by Denver at number 10 and Dallas at number 11.

River fun in the summers

There are over 105,000 river miles in Colorado and 191,000 river miles in Texas, and it’s these rivers that highlight another cool way the two states are alike: river culture. As mentioned before, fishing is a popular pastime in both states, much of which is done on rivers. Where Texans tube down the Rio Grande, Colorado folks enjoy three-hour Yampa River floats. Kayaking through Caddo Lake State Park in Texas offers a unique river journey through a bayou, just as kayaking the Arkansas River in Colorado provides a thrilling whitewater experience unlike any other. 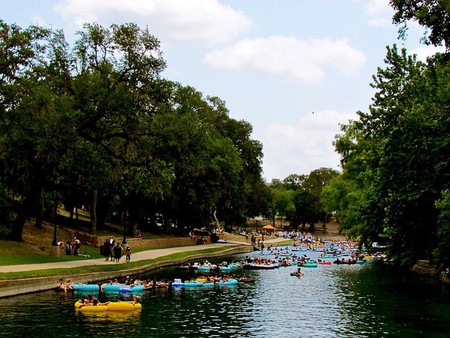 Colorado and Texas are booming when it comes to new residents. Austin had a 7.8% population increase between 2015–2017, the largest in the country, while Dallas, Houston and San Antonio attract people with lower rents and lots of business. Similarly, Colorado’s cost of living, promising job opportunities and nature scene is part of the reason that it’s attracting lots of newcomers. Denver grew in population at a rate of 6.5% from 2011 to 2015 and was voted the second-best place to live by the U.S. News Rankings in 2017. Whatever the case may be, people have their eyes on Colorado and Texas – which doesn’t surprise us at all.