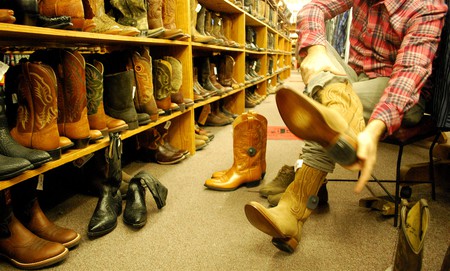 Texas has long held a reputation that precedes it, but are outsiders’ perceptions of the Lone Star State really based in reality? From snow days to secession rumors, find out which stereotypes drive many Texans crazy.

Texas makes quality boots, and the style has taken off from it’s cowboy roots. You will see cowboy boots worn out to bars as well as tucked into jeans with a belt for business casual meetings. However, most residents wear cowboy boots for special occasions, not as an every day accessory. Speaking of cowboys, the farm and ranch life is still very much a part of many small towns, but it is rare you will see a full-on cowboy riding a horse in any of the major cities — with the exception of a few notorious Austin cowboys, who like to keep it “weird.”

Texans only listen to country music

Texas is home to some of the biggest and best music festivals and venues in the U.S., bringing a range of genres and artists down south. Austin alone is known as the “Live Music Capital of the World,” and attracts more than 300,000 visitors from around the world every March for SXSW. Euphoria and Austin City Limits Festival in Austin, Day For Night in Houston, and Neon Desert in El Paso are all a guaranteed great music experience worth traveling for as well.

It’s easy to drive between the major cities in Texas

It’s not a secret Texas is huge — it’s the second largest state in the U.S. in terms of land area falling only behind Alaska. But it’s only when compared to other places around the world you can get a true understanding of how widespread Texas cities really are from one another. For example, Texas is nearly three times the size of the entire United Kingdom. This is why each region of Texas has its own weather, style, and even types of barbecue, and it would take 12 hours to drive across the state’s widest points, from Texarkana to El Paso. Additionally, due to the ever-increasing population size, many of the major highways are constantly under construction. A drive that should take about three hours between Austin and Dallas can take up to four and a half, thanks to the widely loathed I-35 construction.

Football is more important than anything

Texans may hate this stereotype, but football does hold a strong presence in the every day lives of many Texans. Even high school stadiums are build to tower over towns, serving as a pride point for districts. In fact, one district recently spent $72 million to upgrade their stadium — while forgetting that they also had a new elementary school to build. The traditional Texas A&M vs. University of Texas rivalry still goes strong though the schools are in different conferences now, and have known to cause real problems between family members repping opposing sides. Despite these negative aspects, football in Texas is really just a deep-rooted tradition to bring families and friends together every fall weekend. 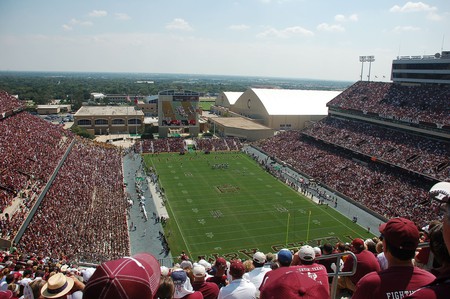 There is pandemonium every time it snows

This stereotype is partially true, but the state is so big that there are actually multiple areas that expect snow each year. Luckily, snow usually comes in minor amounts compared to other areas of the nation, but the real reason the threat of winter weather scares Texans is because ice often takes the place of fluffy snowflakes, causing districts to cancel school without a flake every hitting the ground. Don’t worry, Texans still get their fair share of other types of inclement weather, with hurricanes attacking the Gulf Coast, tornadoes in the north, and just downright miserable humidity in the central region. 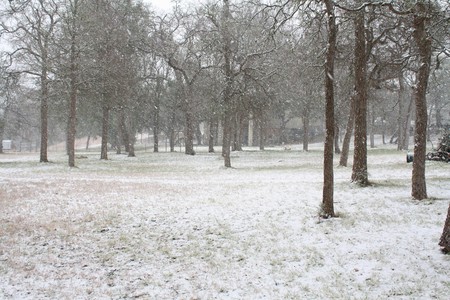 Texans secretly want to secede from the union

Texans are proud of their state, no doubt, but they are also proud to be Americans. This stereotype has become a joke among Texans, who do feel that their state government could do a perfectly good job as a silo, but few if any residents are still holding on to 200-year-old grudges against the national government. The state does have a lot to brag about and can back it up when it comes to great places to live, vacation, eat, and have fun.

Everything’s bigger — including the size of the people, thanks to BBQ and Whataburger

The food in Texas is phenomenal, and while these two “delicacies” are very popular, many of the major cities have a lot to offer in terms of healthy foods, green spaces, and fitness options. Austin is a vegan’s paradise, and you can find a yoga class on nearly every block. Dallas and Houston have also seen a recent growth spurt in healthy restaurant openings, and both have plenty of green spaces to keep residents fit. Still, obesity is a problem in Texas, much like most of the U.S., with nearly 33% of residents weighing an unhealthy amount and rising. 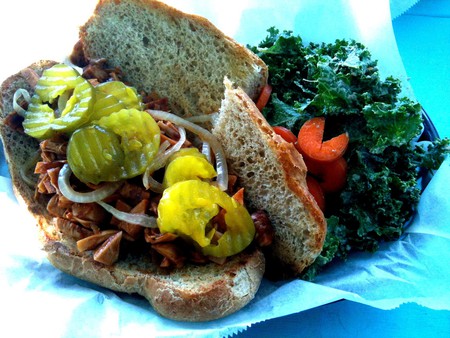