10 New Musicians From Texas You Should Know 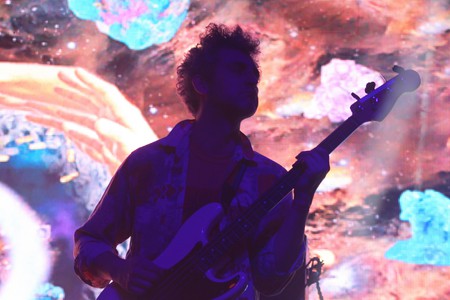 Texas is home to a host of well-known and established musicians, with many others on their way up. Expand your playlist and find your new favorite artist with this list of 10 new musicians from the Lone Star State you should know.

Jackie Venson is carrying on the torch of the Austin blues scene like her predecessors, including Gary Clark Jr. and Stevie Ray Vaughan. However, she undoubtedly brings her own style and passion to the table as an equally talented guitarist and captivating vocalist. She’s a powerhouse, holding her own even when she’s on stage alone with only her Stratocaster and her soulful, raw, and timeless songs.

Calliope Musicals is the carefree beam of positivity and love we need in these dark times. The six-piece psychedelic folk band is one of those groups you must see live to fully appreciate and understand. Whether they bring confetti, face paint, happy face signs, or dancing robots along with them, their shows always contain a continuous flow of upbeat, reciprocal energy going from the band to the audience and back to the band. They often tour around the state and are beginning to hit major festivals around the country, including Electric Forest.

Armed with only a guitar, a pedal, and his voice, Josh Glenn is a self-described “mad looping folk scientist” sometimes accompanied by percussionist Samuel Velazquez or other Central Texan artists. He starts with a single rhythm, slowly building each melody from the ground up to create layered, folk, feel-good, and enveloping soundscapes. Josh Glenn pulls much of his inspiration from nature, former significant others, and the balance of positive and negative energy in all forms.

There’s nothing to do but get down to Macaxeira Funk’s groovy mix of samba-infused funk. The expansive band is more of an orchestra, complete with drums, keys, sax, trumpets, vocals, bass, guitar, percussion, and trombone. You can catch them often at Austin’s Sahara Lounge, an eclectic east side venue, or find them playing family-friendly shows around the city.

Capyac brings a refreshing sound and idiosyncratic vibe to Austin’s music scene. The duo is innovative in every regard, designing every part of each show from their sui generis costumes to the “stage” design that can reach from their backdrop to dance floor, creating a unified, albeit, perplexing experience. They seek to encourage their audience to lose their inhibitions entirely by incorporating humor, vulnerability, and a dash of spontaneity into every element for a giant, theatrical dance party.

The Suffers have been around since 2011, but in the last few years especially, they have quickly acquired attention for their “Gulf Coast soul” anthems, a blend of Southern hip-hop and R&B, soul, classic rock, and Latin music that is representative of the blended demographics of the band members themselves. Their 10-piece ensemble creates full, heart-filling melodies filled with funky bass lines, energetic horns, and the moving voice of lead vocalist Kam Franklin. They’ve appeared on The Late Show with Dave Letterman, Jimmy Kimmel Live, and The Daily Show with Trevor Noah, taking their Houston-sound to a national audience.

Nineteen-year-old Matthew Pena is an up-and-coming electronica producer known as Frythm. He hails from El Paso, snagging a spot on this year’s coveted Neon Desert lineup. Though he’s only been producing for two years, he already has a distinct style: warm, sunny, and mellow tracks with R&B and hip-hop influences. You can hear a prime example of his sampling repertoire in “Slumber,” a track based off of sounds found in nature and the city.

Pronounced “Blushes,” this three-piece Houston-based pop synth band won the Best Electronic Act and Best New Act from the Houston Press the same year they released their debut EP, Abstract Desires, in 2014. Their sound is reminiscent of 80s pop, but the addition of 808s add bouncy surprises around every turn. Though BLSHS has taken a pause on creating new music, for the time being, lead vocalist Michelle Miears recently released MIEARS, with many of the same sonar elements that will delight BLSHS fans in the meantime.

Trouble in The Streets

Trouble in The Streets is beginning to catch the attention of Austin audiences with their unique mix of hip-hop, R&B, afrobeat, and psych rock, which they have aptly dubbed “electro-tribe.” Lead vocalist and keyboard player Nnedi Agbaroji is nothing short of enchanting, and the group invites audience members to take part in creating the experience of each show while inspiring messages of social change and unity. Catch them touring around the state during spring 2017.