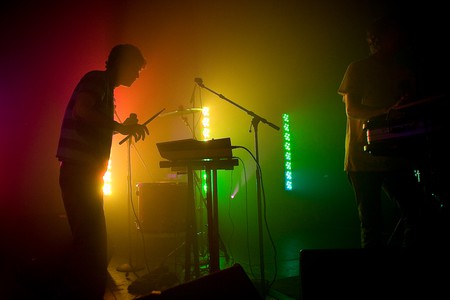 Dallas may not get as much credit for its music scene as Austin, but a surprising number of well-known artists call or have called Dallas home. From country to indie, Dallas has produced musicians from every genre. Whether you’re searching for a new artist to follow or rediscovering an old favorite, take a look at 10 of Dallas’ finest musical talents.

The Grammy-winning singer-songwriter, producer, activist, and actress hails from Dallas and graduated from Booker T. Washington High School for the Performing and Visual Arts. Erykah Badu’s music combines elements of R&B, hip-hop, and jazz, creating a style called neo-soul, and is even referred to as the ‘First Lady of Neo-Soul.’ Her music evokes a laid-back, bohemian vibe reminiscent of Billie Holiday, Stevie Wonder, and Chaka Khan.

Yes, that Demi Lovato. Lovato was born in Albuquerque, New Mexico, but she grew up in Dallas and calls this city home. After starring in Disney Channel features like Camp Rock and Sonny with a Chance, Lovato launched a notable pop music career. In 2010, Lovato’s personal struggles came under public scrutiny, leading her to take a break from music and television. However, she soon returned to the spotlight stronger than ever, releasing one chart-topping hit after another and becoming a judge on The X Factor. By now, it’s safe to say Lovato has a long career ahead of her.

Marvin Lee Aday, better known as Meat Loaf, was born and raised in Dallas, and he’s now one of the best-selling musicians of all time. The musician is best known for his power ballad ‘I’d Do Anything for Love’ and classic rock staple Bat Out of Hell, but Meat Loaf has also enjoyed a robust film and television career, appearing in cult film classics Fight Club and The Rocky Horror Picture Show and on shows such as South Park, House M.D., and Monk. After more than forty years in the business, Meat Loaf remains a rock and roll icon.

Country music artist Charley Pride has been a ‘Dallasite’ since the early 1970s. Pride is one of the few African Americans to make a name for himself in country music, and he’s the only African American to have been inducted in the Grand Ole Opry. During his career in the 1960s through the 1980s, Pride generated more than two dozen number-one Billboard hits, including ‘Kiss an Angel Good Mornin’’, ‘Just Between You and Me,’ and ‘All I Have to Offer You (Is Me).’ Pride is an avid baseball fan, and in 2010, he became a special investor and partial owner of the Texas Rangers.

Emily Robison and Martie Maguire of the Dixie Chicks

Sisters Emily Robison and Martie Maguire were raised on the northern edge of Dallas. These two formed the Dixie Chicks in 1989, but didn’t achieve commercial success until they released Wide Open Spaces in 1998 with lead singer Natalie Maines. Along with providing backup vocals, Robison and Maguire are both multi-talented songwriters and musicians, playing everything from guitar to sitar. The Dixie Chicks took a major blow in 2003 after Maines made some controversial remarks about then-President Bush, but in April 2016, they will kick off their first world tour in years and will even make a stop in Dallas along the way.

Born in Dallas, rock and folk musician Stephen Stills first belonged to Buffalo Springfield, for which he composed the iconic 1967 song ‘For What It’s Worth.’ He went on to become one of the titular members of Crosby, Stills, Nash & Young (CSNY) along with David Crosby, Graham Nash, and Neil Young. CSNY was one of the bands that played at the legendary Woodstock Festival in 1969. Stills launched a lucrative solo career beginning in 1970, and continues to make music today.

It’s almost impossible not to know who Usher is at this point. Famous for his velvety smooth voice and flawless dance moves, Usher is a Dallas native, and he started his music career in 1994 with his first album, Usher. Since then, he has skyrocketed to superstar status and has expanded his talents to film and TV acting alongside coaching on the mega-popular talent show The Voice. Usher is one of the best-selling music artists of all time, and Billboard named him the number-one Hot 100 Artist of the 2000s.

Born and raised in Dallas, Stevie Ray Vaughan started playing guitar at age seven, and many years later, Rolling Stone named Vaughan the twelfth best guitarist of all time. Vaughan earned six Grammy awards before he was tragically killed in a helicopter crash in 1990, but his influence didn’t end after his death. Vaughan was inducted to the Rock and Roll Hall of Fame in 2015 and has a statue dedicated to him in Austin, TX. In May 2015, the Dallas City Council approved the addition of a similar memorial in the Oak Cliff neighborhood of Dallas, where Vaughan grew up.

Annie Clark, who is best known as indie rocker St. Vincent, grew up in Dallas, where she graduated from Lake Highlands High School. St. Vincent started out as a member of The Polyphonic Spree and formed her own band in 2006, featuring her own eclectic musical style which includes everything from piano to cello to flute, and has since partnered with legends like David Byrne. She made headlines in October 2015 when she spent the weekend waiting tables at her sister’s Dallas restaurant, Resident Taqueria, the same year that she won a Grammy for Best Alternative Music Album.