Why Is Nashville Called Music City? 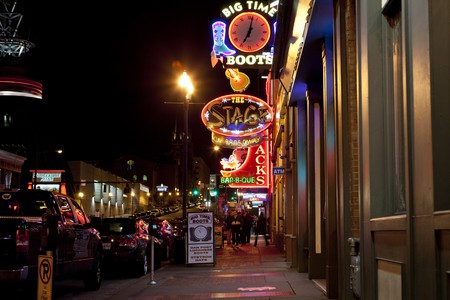 Natives and visitors alike have long referred to Nashville as “Music City.” Less well known, however, is the rich history behind this distinctive nickname. Read on for a brief history of the musical roots that continue to shape the city’s culture today.

Nashville’s musical roots stretch back to the city’s first settlers, and even Davy Crockett — Nashville native and one-time congressman — was famous for, among other things, his fiddle playing. Some locals believe that the city officially earned the nickname in the late 1800s with the rise of the Fisk Jubilee Singers, an a cappella ensemble from Nashville’s Fisk University. The group was founded in 1871 and toured the country in order to raise funds for the university and support its mission to educate freed slaves after the Civil War. While the group toured throughout the United States, including a string of shows along the trail of the Underground Railroad, the Jubilee Singers also played shows in Europe. Some sources suggest that upon hearing the group perform at a show in Great Britain in 1873, Queen Victoria remarked that the singers must come from “Music City.” While historians argue that this story is mere legend and that the city did not officially earn its nickname until the 1950s, one thing is nonetheless clear: Nashville’s cultural history is largely defined by music. 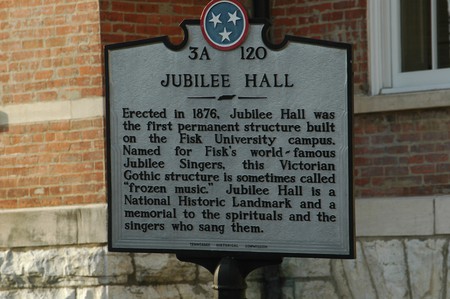 However, while Nashville’s “Music City” nickname reaches back centuries, its relevance has not been diluted by history. In fact, today Nashville’s music scene continues to thrive. This serves as a huge tourist attraction, while music produced in Nashville generates over one billion dollars in revenue per year. In fact, a recent Chamber of Commerce study found that for every 1,000 working-age (20-64 years old) residents in Nashville, there are approximately 7.8 music industry jobs (for reference, the two American cities with the next highest number of music industry jobs are Los Angeles and Austin with 2.8 and 2.6 jobs per every 1,000 residents, respectively).

Furthermore, while Nashville might be most known for country music—its Ryman Auditorium is known as the Mother Church of country music, after all—today, it is a hub for a wide range of musical genres. Nashville is home to roughly 200 recording studios, including RCA Studio B—which has recorded songs by Elvis Presley, Willie Nelson, and Dolly Parton—and Ocean Way, a Los Angeles and Nashville-based label whose Nashville location has recorded an eclectic mix of artists including Beyonce, No Doubt, and Yo-Yo Ma. Numerous independent record labels also operate out of Music City, including Third Man Records, founded by Jack White in 2001 (the label made history in July 2016 by playing a record in space). And while many formal music-production outlets exist, Nashville also offers an abundance of more informal opportunities for rising artists to perform. The Bluebird Cafe is perhaps the most well-known venue for burgeoning singer/songwriters, but countless others, such as Douglas Corner Cafe and Belcourt Taps (to name just a few) devote themselves to supporting up-and-coming musicians.

In addition to Nashville’s thriving music industry, residents and visitors alike can take advantage of the plethora of opportunities to see live music of nearly every genre throughout the city. From live shows on Broadway to big-ticket shows at Bridgestone Arena to smaller indie shows at venues like The Basement or The End to free Sunday-night Bluegrass Jams at The Station Inn, music aficionados could not hope for a better place to be than Music City.