These Fireflies Are Syncing Up for a Rare Natural Light Show 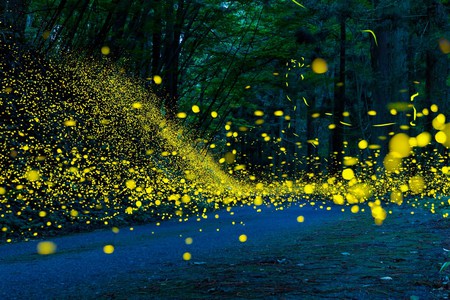 Have you ever gone camping and caught a fleeting glimpse of a firefly lighting up the night sky? Remember the magic of that feeling, multiply it by thousands and you’ve got a scene straight out of a Disney movie. For folks in North Carolina and Tennessee, that movie scene is real life.

Officially known as synchronous flashing, this rare natural phenomenon occurs when large groups of fireflies produce rhythmic, repeated flashes in unison. Fireflies are a type of beetle whose unique backsides are defined by bioluminescence, the product of light by living organisms. To get technical, synchronous fireflies (Photinus Carolinus) are the only firefly species in America whose individual members can synchronize their flashing light patterns. 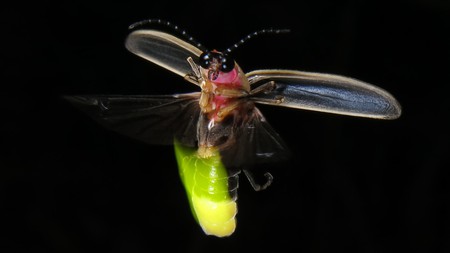 While no one knows for sure why this synchronization occurs, University of Connecticut Physiology and Neurobiology professor Andrew Moiseff hypothesizes that male fireflies produce bioluminescence as a mating tool to attract female fireflies of the same species. The results of Moiseff’s experimentation suggest that the synchronous flashing encourages female fireflies’ recognition of suitable mates.

Occurring in only a few locations around the world, often in Southeast Asia, people in the United States can catch a synchronous firefly light show in select areas. Straddling the border between North Carolina and Tennessee, the Great Smoky Mountains National Park is the most popular location to catch the show. Due to temperature and soil moisture, peak flashing for the synchronous fireflies in the park tends to occur during a two-week mating period from late May to mid-June, though the exact dates vary each year.

Another place to see the synchronous firefly show is Congaree National Park in central South Carolina, where this phenomenon is categorized as the park’s most-visited event of the year. Synchronous activity is already being reported this year and the park is expecting large crowds on the Fireflies Trail over Memorial Day Weekend.

This week is our annual Firefly Festival here at @greatsmokynps. These insects can be viewed across the region in open woodlands and along humid forest edges. The synchronous display is used to attract mates and ward off competitors. Talk about a bright idea! . . . . #GSMNP #GRSM #greatsmokymountains #smokymountains #smokies #fireflies #FindYourPark #NPS100 #GoParks #TravelTuesday #TuesdayTips #ExploreMore #OptOutside

Take our word for it, Fourth of July fireworks have nothing on these rare, natural light shows. This summer, skip binging yet another season of The Bachelor to catch a much more natural dating ritual.