The Weirdest Town Names in Tennessee 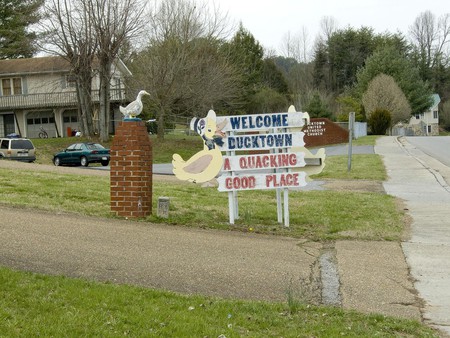 Tennessee is home to major cities like Memphis, Nashville and Knoxville. But there are also plenty of small towns hiding throughout the state. Some of these towns do such a good job of hiding, most people have never heard of them. And once you see names of these towns, you might understand why they keep such a low profile – even if it’s unintentional.

This town, located 55 miles north of Memphis, was established in the 1800s, a time when each small town had not more much than a blacksmith shop and a general store. Residents went to the blacksmith shop for buggy and harness equipment repair and the general store was the place to go for necessities and a chance to catch up on the town’s gossip. It is said that the name Nankipoo comes from an Indian chief that once roamed the area.

A small, unincorporated community, Bucksnort is located in Hickman County about 60 miles away from Nashville. The town is so small that the United States Census Bureau has no information on it; in fact, there’s not even a post office. All that really exists in Bucksnort is a truck stop, a motel, a gas station and a small diner. 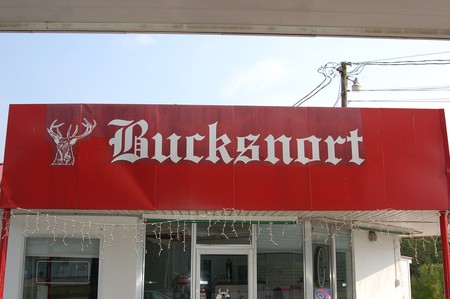 The first settlers to land in Sweet Lips, Tennessee arrived in the 1820s. The name came about when American Civil War soldiers would drink water from a nearby creek that was “sweet to the lips.” With a population of less than 100, this unincorporated community has never been bustling. There is no post office, no stop signs, no street lights and no shopping mall. Most residents travel to nearby towns for groceries, school and work. One lifelong resident even claimed back in 1986 that the most exciting thing to happen in Sweet Lips was “…a contest to see who whoops (spits) chew of tobacco [farthest].”

While this town is not technically “nameless,” there is no distinct record of how Nameless came to be its moniker. One version of the story is that when residents applied for a post office, the place on the application for a name was left blank, so the U.S. Post Office Department stamped “Nameless” on the form. Other stories are similar, leaving Nameless without a definitive origin. The town’s J.T. Watts General Merchandise store is the spot that keeps Nameless residents connected. David Watts’ parents owned and operated the store for over 20 years and today, David celebrates his parents legacy by welcoming locals for a four-day event called Heritage Day. Since 2005, David has invited guests to the store for Moon Pies, bologna and cheese on crackers and six-ounce bottles of Coca-Cola. Any donations made at the event go to support the Nameless Volunteer Fire Department and community center. 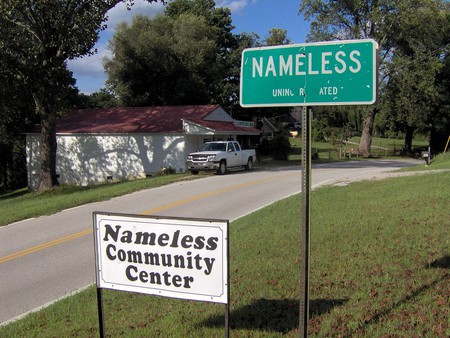 Located on Tennessee State Route 68 in East Tennessee, Turtletown is mostly mountainous terrain covered in forests. It’s part of Polk County, which, according to the United States Census Bureau, has a population of around 16,730 people. How many of those people are residents of Turtletown is unknown, however. Unlike many other small towns, Turtletown actually has a post office and zip code, though the post office is located across the street from an abandoned school.

Also in Polk County is the city of Ducktown. The small community has about 500 residents and is more active than other lesser-known towns with funny names. Here, locals enjoy car shows, homecomings and semi-annual events. The town is a historic copper mining area and original home of the Cherokee Indians. In fact, tradition claims that Ducktown was named after a Cherokee leader named Chief Duck.

Giving someone the finger just might be what gave this town its name. According to tradition, one local townsman made the rude gesture during a heated discussion over what to name the town. Although, some say it was named after Andrew Jackson Finger, who lived in the area in the 1800s. Located in McNairy County, the 2000 census gave the town an estimated population of 350. Fun Finger fact: the Finger Diner was the original model for the Hard Rock Cafe restaurant franchise.