The U.S. Unveils the Most Powerful Computer in the World in Tennessee 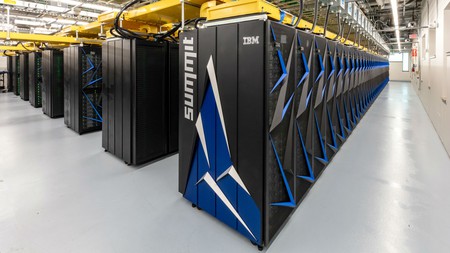 The world’s fastest supercomputer was unveiled in the U.S., boasting computing power capable of processing 200,000 trillion calculations per second.

The Summit supercomputer, developed by the U.S. Department of Energy’s Oak Ridge National Laboratory (ORNL) and located in Tennessee, boasts a peak performance of 200 petaflops, beating the previous most powerful computer, China’s Sunway TaihuLight, which has a processing power of 93 petaflops.

“Summit takes accelerated computing to the next level, with more computing power, more memory, an enormous high-performance file system and fast data paths to tie it all together. That means researchers will be able to get more accurate results faster,” Jeff Nichols, ORNL associate laboratory director for computing and computational sciences said in a statement. “Summit’s AI-optimized hardware also gives researchers an incredible platform for analyzing massive datasets and creating intelligent software to accelerate the pace of discovery.”

Summit’s power will be applied to research in the fields of astrophysics, complex materials, cancer research, and more. In astrophysics, the computer will model the explosion of stars to look for clues as to how heavy elements like gold in jewelry and iron in blood were seeded into the universe.

Summit will be used to help discover new materials, including those capable of storing energy, converting it, and conducting it. Researchers need to drill down to look at materials on subatomic levels to truly understand their behavior, and Summit will enable this on a far grander scale than before. It’s hoped that the computer will aid the search for a material that can transfer electricity with no energy loss. 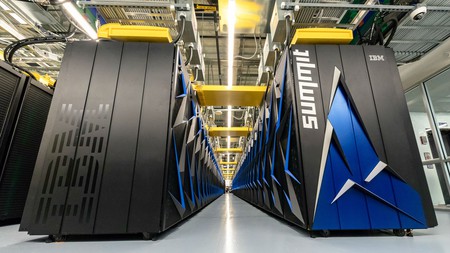 And in cancer research, Summit will help battle the disease by assisting in the analysis of the reams of health data that can contain valuable information. By trawling through unstructured data, text-based reports, and medical images, machine learning algorithms using Summit will be able to connect previously undiscovered patterns in the factors that lead to the disease.

“Essentially, we are training computers to read documents and abstract information using large volumes of data,” ORNL researcher Gina Tourassi said in a press release. “Summit enables us to explore much more complex models in a time efficient way so we can identify the ones that are most effective.”