The Most Scenic Cycling Routes in Tennessee 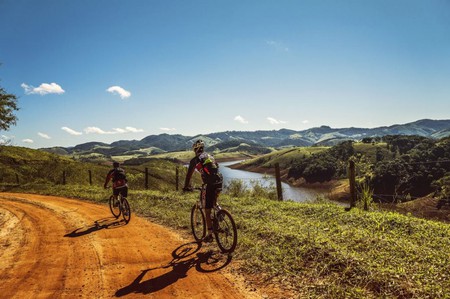 Cyclists along a river | © Pixabay / Pexels

Between the rolling hills and the winding roads, there’s no doubt that Tennessee has great places to go cycling. These routes are the ones that provide the most scenic views along the way.

Between Natchez, Mississippi and Nashville, Tennessee is the 444-mile (715 km) Natchez Trace Parkway. The two-lane road, which passes through Mississippi, Alabama, and Tennessee, has been declared a National Scenic Byway and All-American Road. It is home to nearly 1,500 species of plants, 33 mammal species, 70 species of reptiles and 134 species of birds. Along the route are sites like Emerald Mound and Mount Locust. The parkway is open year round and encourages bikers, hikers and motorists to enjoy the scenic ride at a leisurely pace. 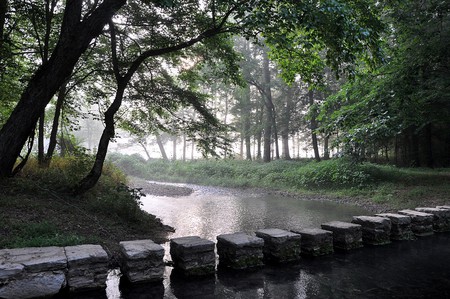 A rails-to-trails project that converted an unused railroad line into a Tennessee trail is Shelby Farms Greenline. The 10.65-mile urban trail begins in Midtown Memphis and connects to Shelby Farms in East Memphis. It is a paved, flat, quiet path that winds below large oak trees and over scenic wetland. Animals like deer, turkeys, and armadillos occasionally wander through the trail, offering prime wildlife viewing opportunities. Shelby Farms Greenline is managed by Shelby Farms Park in East Memphis, which is the largest urban park in the United States.

Winding through the Great Smoky Mountains National Park is the 11-mile Cades Cove Loop. The road offers views of mountain peaks and rolling hills, as well as wildflower meadows and a diverse array of wildlife. Many historic buildings in the park are found along the loop, making it easy for cyclists to stop and take a break while exploring log homes, churches and barns from the 1800s. The best times for bikers to ride Cades Cove Loop are from early May through to late September, when only bicycle and foot traffic are allowed on the Cades Cove Loop until 10 a.m. on Wednesdays and Saturdays. 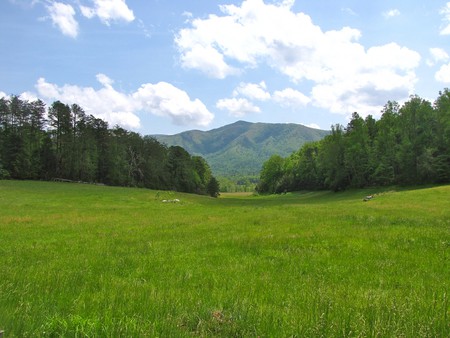 Just a half hour north of Nashville is the 4.3-mile Springfield Greenway. The flat, smooth path winds along Sulfur Fork Creek, a lush tree-lined waterway in Springfield. The road is suitable for cyclists of all skill levels and is open year round. Interpretive signs are placed along the greenway that provide the historical backgrounds and significance of recreational and civic facilities in the area.

Designated a National Scenic Byway, the Cherohala Skyway cost over 100 million dollars to construct. It opened in 1996 and crosses through the Cherokee National Forest in Tennessee, as well as the Nantahala National Forest in North Carolina. The 40-mile long skyway connects Tellico Plains, Tennessee with Robbinsville, North Carolina. It’s a wide, paved, two-lane road with elevations that range from 900-feet to 5,400-feet above sea level. There are more than 20,000 species of plants and animals along the Cherohala Skyway, with plenty of overlooks to stop and admire the scenery.

The Clarksville Greenway can be found on the outskirts of Clarksville. The road meanders along a creek and helps to create a buffer along the Red River. Large trees and nearby streams provide an adequate habitat for the diverse plant and animal species who call the area home. The trail also features panoramic views of nature.

Located in the Belle Meade neighborhood of Nashville, Percy Warner Park Loop is an enjoyable cycling route any time of year. The challenging 11.2-mile loop weaves through Percy Warner Park, offering a quiet forest ride surrounded by trees, where cyclists have the occasional wildlife sighting. The route takes riders past the Steeplechase course at the turning point of the larger loop and has several sections of steep path to climb.

I went to the woods bc I wished to live deliberately, to front only the essential facts of life, & see if I could not learn what it had to teach, & not, when I came to die, discover that I had not lived – Thoreau #trailrunning #ultratraining #ultrarunner #marathontraining #nashvillethebeautiful #nashville #nashvilleexplorersclub #tristaradventures #percywarnerpark #friendsofwarnerparks #run #runner #runnergirl #runhappy #6run5 #runnashville #12miles #optoutside #naturephotography #holyhumidity #somuchsweat #thoreauwasright #instagramtennessee