The Bizarre World of the Barkley Marathons

Utterly unique in its conception, the Barkley Marathons is widely regarded as the toughest trail race in the world. The tiny list of runners to complete it in its history more than supports that claim. Beyond its sheer difficulty, however, is a charm and personality that ensures such physical torment is wonderfully seductive.

The simple way to describe the event is as an ultramarathon trail race, run through Frozen Head State Park, in Tennessee, with competitors aiming to complete the 100-mile (161-kilometre) course within a 60 hours. Full of unique quirks and traditions, the race is endearingly idiosyncratic.

As well as the mileage, there is some 54,000 ft. (16,500m) of vertical ascent. Make no mistake, this is one of the toughest physical challenges in the world.

James Earl Ray – the man convicted of murdering Martin Luther King Jnr – escaped from Brushy Mountain State Penitentiary, in Morgan County, Tennessee in 1977. In 55 hours of running, he managed to cover eight miles through the mountains and woodland of Frozen Head State Park.

When he heard the story Gary Cantrell, who started it all, declared: ‘I could do at least 100 miles,’ and the Barkley Marathons was born. 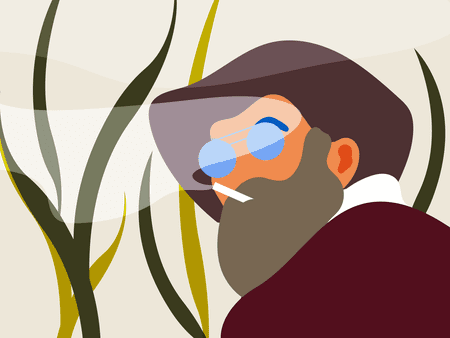 The first race was run 12 years later, in 1989, and in the 18 years since – only 15 people have made it to the end. Each year, people apply by submitting a letter entitled ‘Why I Should be Allowed to Run in the Barkley,’ for a chance to be one of the 40 runners chosen to compete. The ones who get through are then classified as follows:

Depending on their Barkley experience, they must submit additional materials – eccentric requests that vary according to Cantrell’s whims. One year he needed a flannel shirt, so every entrant had to bring him one. This year ‘Veterans’ had to submit a pair of gold-toed dress socks.

The race is split into five loops. Each is officially 20 mi. (32km), although according to the brilliant documentary, The Barkley Marathons: The Race That Eats Its Young, runners say one loop is actually closer to a full marathon. With all entrants on site and organising their preparation, a signal goes round that the race will start within 12 hours, but nobody knows exactly when that will be until the sound of a conch being played rings out. They then assemble and start when Cantrell lights up a cigarette while standing at a fence post.

Runners begin with two sets of alternating clockwise and anti-clockwise loops, after which the leader chooses which way to run the route, with runners having to alternate direction based on that decision. The timings also ensure that it oscillates between night and day, meaning the only time a runner will truly run exactly the same route a second time is the last loop, assuming you get to that point, of course.

The course is marked (just about) by old, frayed books, dotted throughout the loop. Each runner is given a race number which corresponds to the page in each book that they have to rip out and hand over at the end of each loop. A loop is completed when they touch the same fence post that they started from. 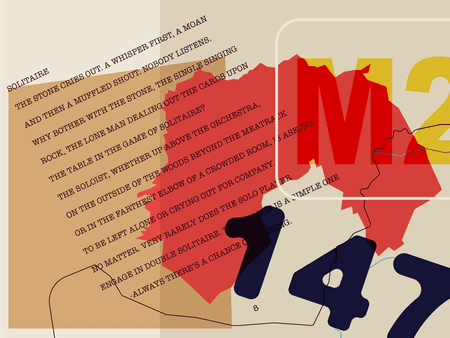 The runner given the no.1 label is selected specifically because the organisers believe they will be first to give up. This person is what Cantrell calls the race’s ‘human sacrifice’. Runners are only allowed assistance: rest, proper food or medical attention, in between loops. When a runner gives up, a bugler plays the call ‘Taps’ by way of confirmation.

It is part trail race, part obstacle course, mountain climb and orienteering exercise. The climbs are brutal, the terrain is dangerous and vast swathes of the course are covered in sharp brambles that dig and scratch the legs of the runners. There are no live updates and no chip timing. Everything is geared towards creating confusion.

And yet, despite all of this, or more accurately, because of it, runners are desperate to test themselves in Tennessee. Demand far exceeds supply. People from all over the globe long for the chance to compete in the race.

—Jared Campbell, the only person to complete the race on three occasions

To most, it sounds a truly horrible, painful experience. But to a select few, it is totally fascinating. And as hard as you may think it is, just be pleased that you’re not Gary Robbins, who finished the 2017 race with a time of 60 hours and six seconds. He failed to become the race’s 16th ever finisher because of those six extra seconds. So he’d have to try the entire thing again, as a ‘Veteran’. There’s no ‘Alumni’ membership for him, even though he made it to the end.