The Best Day Trips From Memphis 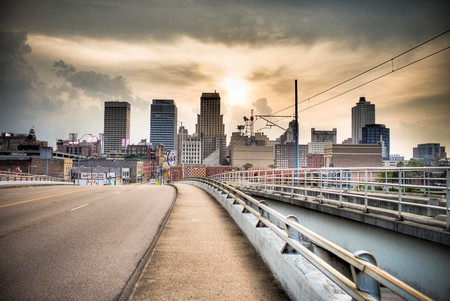 Looking to get away for just a day? If you’re in Memphis and looking for somewhere within driving distance, we’ve got you covered: these are the best day trips to take out of Memphis.

Oxford, Mississippi, in less than two hours and 100 miles away from Memphis, and several local sites will easily keep travelers occupied for a full day. Start off with a tour of Rowan Oak, the former home of Nobel Prize-winning author William Faulkner, who purchased the home in 1930. Then head over to the Oxford Treehouse Gallery, which showcases the work of local artists and is open to the public.

Enjoy a lunch break at downtown Ravine Restaurant, where head chef Joel Miller uses ingredients from his own garden and local farms to create southern dishes. The restaurant also serves as a training ground for budding chefs from the Culinary Institute of America. After lunch, take a stroll through Lamar Park’s trails, lake, and built-in gardens.

End the trip with a visit to The Square, which features the historic Lafayette County Courthouse and specialty boutiques. The Square has been a favorite local hot spot since the 1800s and has an art center, bookstores, restaurants, and plenty of places to keep night owls entertained. 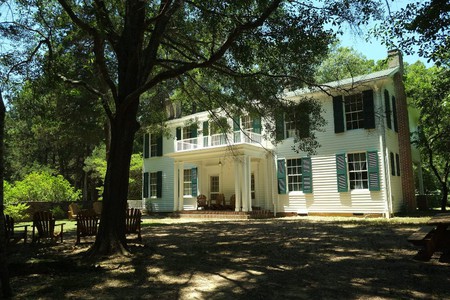 No more than 100 miles will go from Memphis to Tennessee Safari Park in Alamo, Tennessee—a great place to spend the day for animal lovers. Decades ago, the Conley family started collecting small animals like pheasants and peafowl and later added deer, bison, and zebras. In 2007, the family decided to turn its farm, called Hillcrest, into a tourist attraction, and the park is now one of the largest collections of zoo animals in the state.

One of the goals of Tennessee Safari Park is to educate the public about endangered animals and their need for conservation. Walk through the zoo area or take a tour going 5.5 miles down dirt roads to see animals from all around the world: primates, foxes, giraffes, and exotic birds. Take a break by grabbing some lunch at the Safari Grill, and don’t forget to stop by the gift shop on the way out. 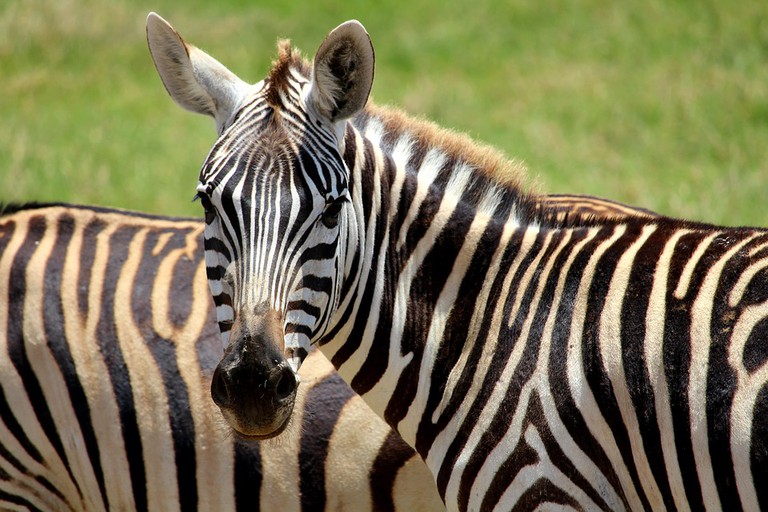 For a day trip full of outdoor exploration and adventure, head to Jonesboro, Arkansas, just about an hour’s drive from Memphis. The family-friendly Forrest L. Wood Crowley’s Ridge Nature Center features self-guided hiking trails that pass through wetlands and forests, wildlife exhibits, and several nature education programs. The site is both a park and a nature museum, with monthly workshops that cover topics including fishing, hunting, and outdoor skills. Afterwards, head over to Craighead Forest Park: with a 60-acre lake, the park has places to go bird-watching, fishing, boating, or play outdoor sports like volleyball and basketball, as well as campsites and picnic tables. 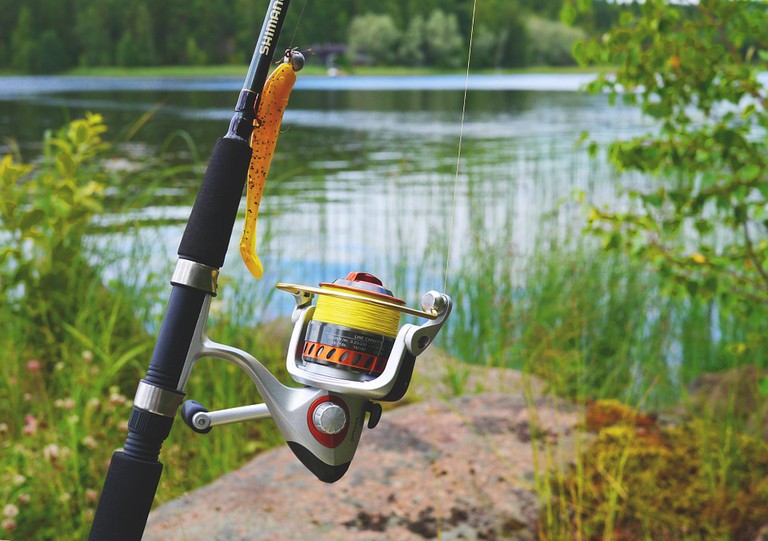 Drive three hours south of Memphis to Jackson, Mississippi, where a few local spots provide details about the state’s history and diversity. Explore Mississippi’s biodiversity by heading to the Mississippi Museum of Natural Science, which showcases galleries full of information on plants, fossils, and animals, including reptiles, fish, and amphibians—a greenhouse called The Swamp even has live alligators and turtles.

Learn more about Mississippi’s political climate by visiting the State Capitol Building, built around 1901 and offering both guided and self-guided tours. January through March, visitors can watch the Legislature in action via public viewing galleries. The Governor’s Mansion is another downtown landmark worth checking out: it was built in 1839 and is the second oldest continuously occupied governor’s residence in the United States. The Greek Revival-style building, along with the State Capitol, was designed by architect William Nichols.

Complete the trip by exploring the Eudora Welty House and Garden, home to the writer for more than 75 years and where she wrote almost all of her essays and works of fiction. The garden on site was her mother’s and was restored in recent years to its original 1900s appearance. Guided tours are offered of both the house and garden. 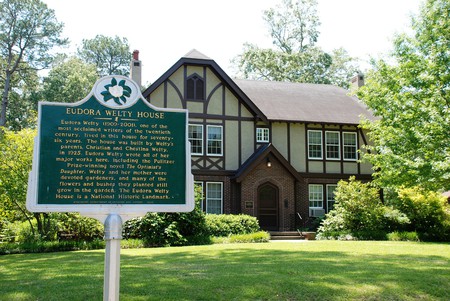 Just about three hours from Memphis is Tuscumbia, Alabama, home of the Alabama Music Hall of Fame. Upon entering the lobby, a music-controlled chandelier provides a colorful light show against the floor’s embedded bronze stars, engraved with names of musical artists who have shaped the music of Alabama in some way.

The museum is split into Popular Music, Country Music, Rhythm and Blues, Music Shoals, and Songwriters sections—all paying tribute to the stars of each genre and featuring great music artifacts, such as a 12-foot jukebox, wax figures, and even a tour bus. But one of the coolest parts of the museum is the recording studio, where visitors can record songs and videos from a catalog of available tunes. 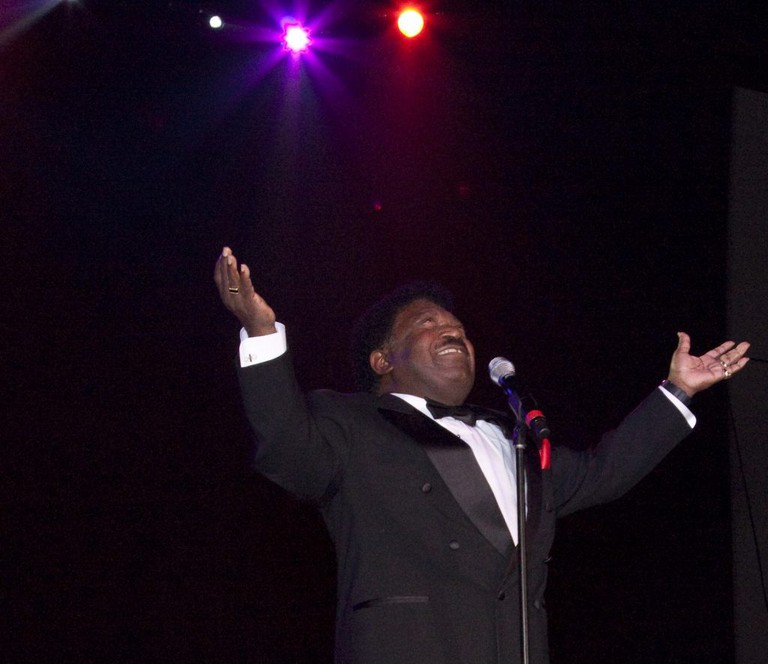 For Elvis Presley fans, the perfect day trip includes touring the most iconic Elvis landmarks in Tupelo, Mississippi. A two-hour drive to the city of The King’s birth will get fans to the house where the legendary musical artist was born in 1935. The house was built by his father and is part of the 15-acre Elvis Presley Park, which also has an Elvis statue and the singer’s childhood church.

For a truly commemorative experience celebrating Elvis, drive through Tupelo on the Elvis Presley Driving Trail. You’ll pass several sites, including his elementary school, the fairgrounds where he held concerts in the 1950s, the hardware store where he bought his first guitar, and the courthouse where his first live radio show took place. 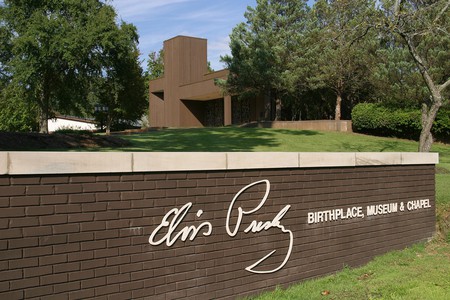 Just over three hours from Memphis is the Country Music Capital of the World, Nashville. While the music scene is certainly a major part of the city, there’s much more to see and do in Nashville than just music spots. Before exploring the city, enjoy breakfast at the famous Pancake Pantry, a Nashville staple since 1961. Then head over to 12 South to shop the trendy boutiques. Stop by Centennial Park to visit the Nashville Parthenon and stroll among the gorgeous greenery.

After glimpsing the Nashville lifestyle, experience genuine country entertainment in true Nashville fashion, and go see a show at the Grand Ole Opry or Ryman Auditorium. Or head downtown to Broadway to pop in and out of the local honky tonks lining the streets. No matter what the time of day, there will always be live music being played in Music City. 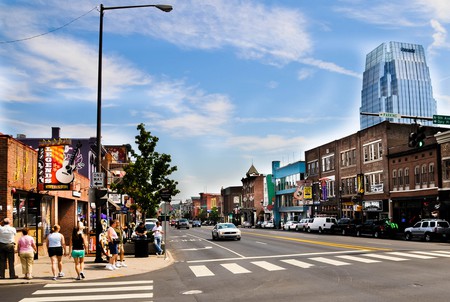 The Clinton Presidential Park Bridge, the Rock Island Railroad Bridge, was renovated into a pedestrian walkway to symbolize President Clinton’s vision for the Presidential Center as “a veritable bridge to the future.” Another bridge in Little Rock, the Big Dam Bridge, is the longest pedestrian bridge in the world and spans 4,226 feet over Murray Lock and Dam.

Have another couple hours to spend? Tour the Arkansas Governor’s Mansion, where 11 of the state’s 45 governors have resided, through the Formal Living Room, Library, Grand Hall Ballroom, State Dining Room, and others. The mansion is where the First Family’s public events and other celebrations have taken place in the city for over 50 years. Tours are by appointment only. 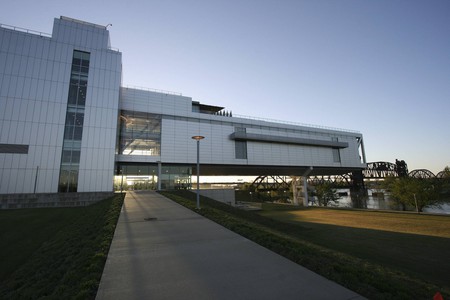