The Best Cheap Hotels to Book in Memphis, Tennessee 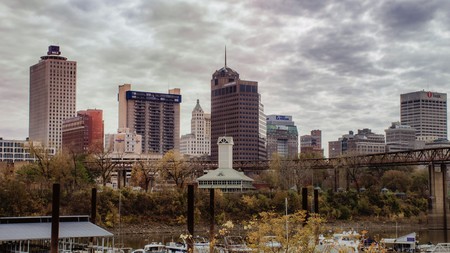 Walking in Memphis may be one way to save money, but unless your name is Marc Cohn, we suggest you pinch pennies by booking a cheap hotel in Memphis instead. No, you won’t miss out on seeing the ghost of Elvis if you stay just outside the city. You’ll enjoy large, comfortable rooms, a solid list of amenities, and easy access to Beale Street without forking over enough dough to buy a new Gibson when you stay at one of these cheap hotels in Memphis. 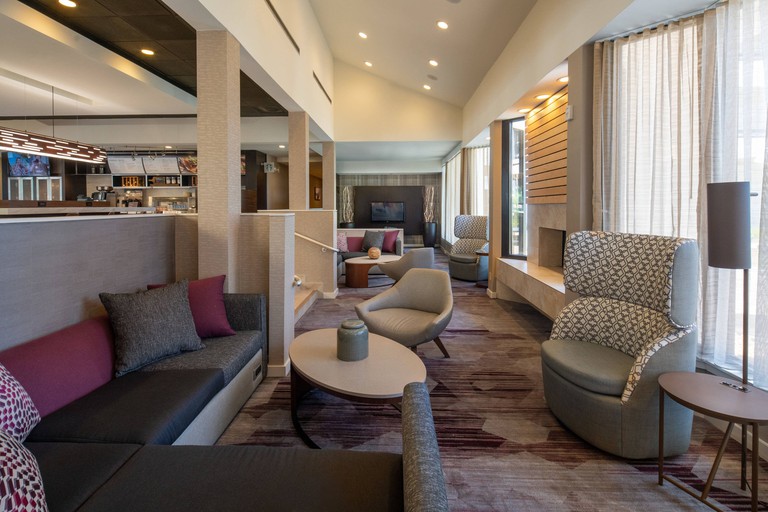 Courtyard by Marriott Memphis East/Park Avenue / Expedia
Here, your most expensive purchase – aside from the more-than-reasonable nightly rates – will be a Starbucks coffee from the Bistro. It’s pretty awesome to know that you can spend all day laying by the pool, working out and catching up on a little internet browsing, having only opened your wallet for a grande cup of something creamy.

Four Points by Sheraton Memphis East, for no nasty surprises 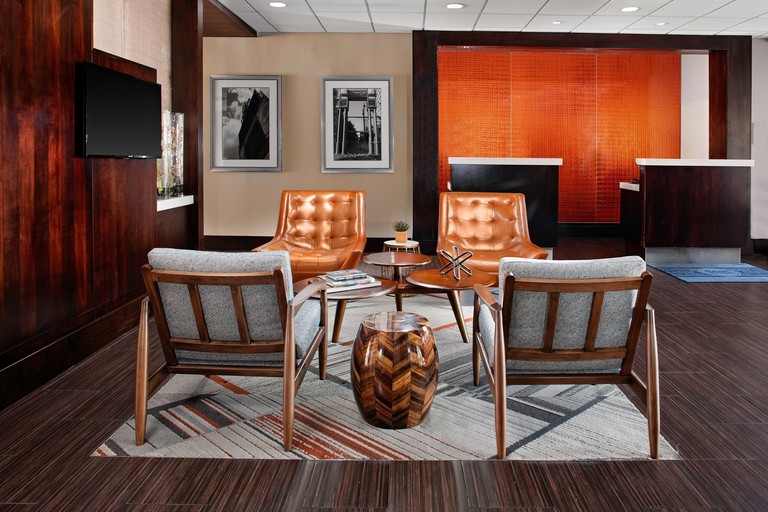 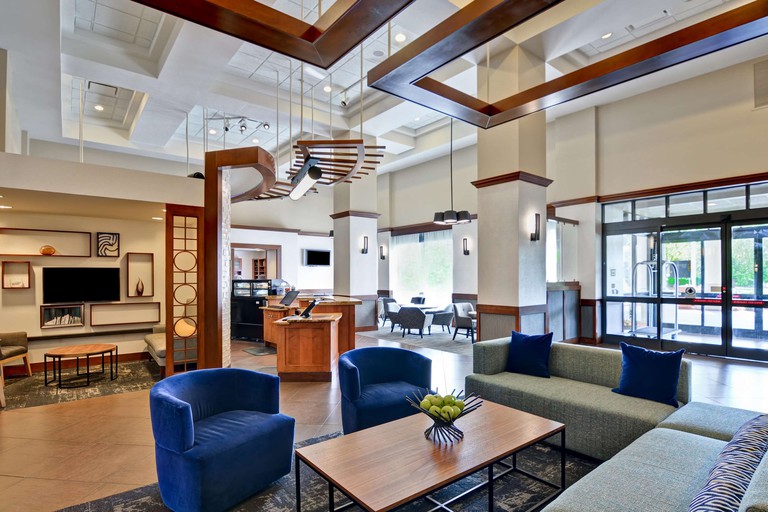 © Hyatt Place Memphis:Wolfchase Galleria / Expedia
Some of the best hotel deals in Memphis come standard at Hyatt Place. You won’t need to haggle for a king bed or pay extra for the separate living space. In fact, the only time you’ll need to pull out your plastic is when the 24/7 menu at the Placery tempts you into a super snackathon. In need of just a standard sandwich? The Market has even cheaper grab-and-go items that will fill that hole. 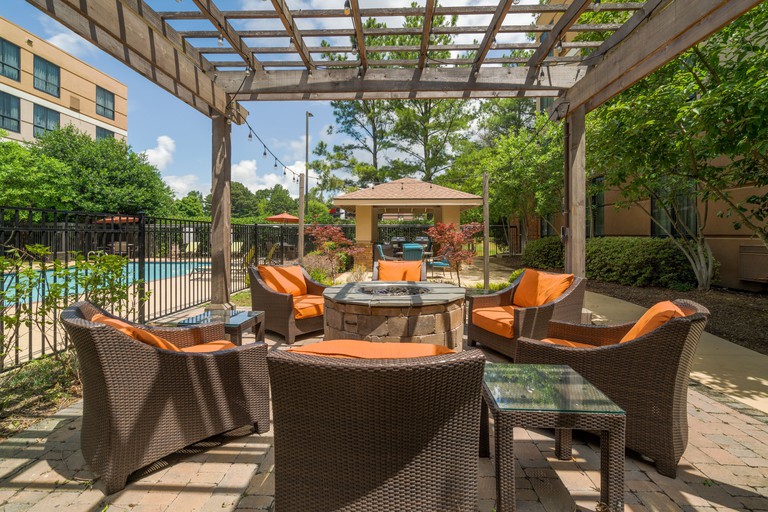 © Staybridge Suites Memphis / Expedia
Longer stays in Memphis don’t need to overextend your spending, especially when you choose the apartment-style suites at Staybridge. Free breakfasts and complimentary evening socials cover two meals; the rest you can whip up in your kitchen. The pool and fitness center will help you kill time without putting your budget on life support. For a cheap evening out, some retail therapy or the cinema across the road won’t spread you too thin.

SpringHill Suites Memphis East / Galleria, for convenience along I-40 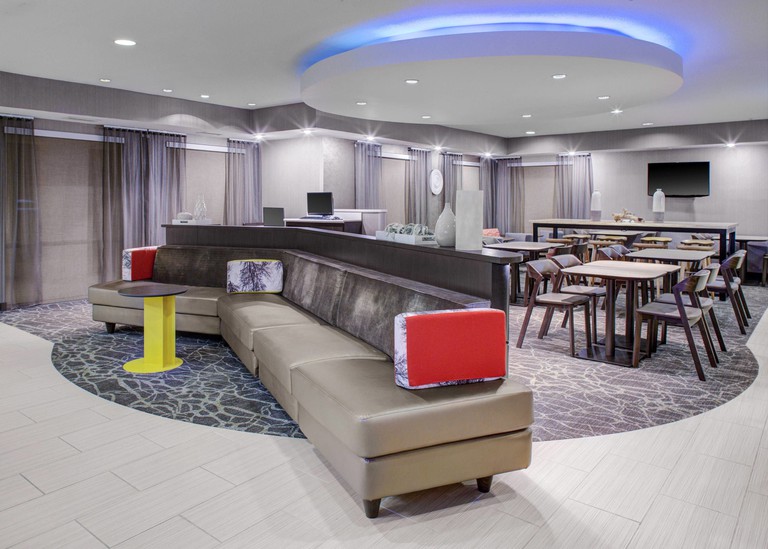 Springhill Suites Memphis East | © Springhill Suites Memphis East / Expedia
Having a music-filled holiday between Memphis and Nashville? Get a jump start by staying at SpringHill Suites. Right off Interstate 40, these affordable accommodations offer a straight shot to both cities. Not one dime of your budget will go on breakfast, and you can limit your energy expenditure by relaxing in the indoor heated pool. Fast food joints surround your suite, padding your wallet and stomach without the need for a drop of gas.

Holiday Inn University of Memphis All Suite, an IHG Hotel, for those on a student budget 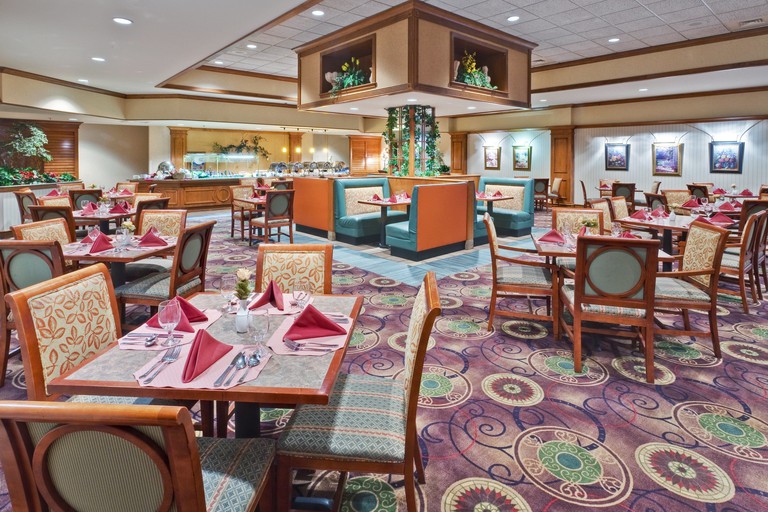 © Holiday Inn University of Memphis / Expedia
Don’t be surprised if you draw a little envy from those across the street at the University of Memphis; the Holiday Inn is built for visitors on a college student’s budget and has way more space than a cramped dormitory. Every suite has two rooms, a pillow menu and game tables, all at nightly rates that are cheaper than a textbook. 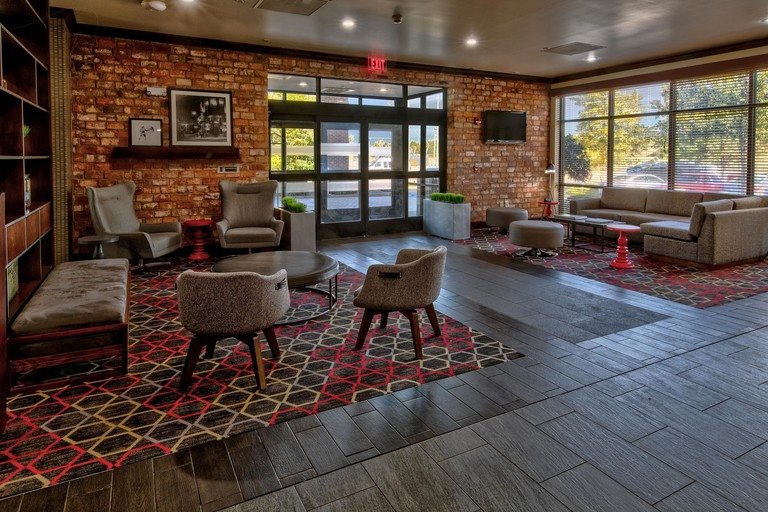 © Four Points by Sheraton Memphis Southwind / Expedia
A 30-minute drive into downtown Memphis is a fair trade for the low rates at Four Points by Sheraton. Instead of paying over the necessary – and potentially overnight parking fees – cruise into this hotel by the airport and keep your wallet full. This is no small roadside motel either; double queen rooms with separate sitting areas offer more than enough space for a family of four to relax. Save a little more coin by eating at the loaded Chow Time Buffet across the street.