The Best Hotels To Book In Downtown Nashville

Downtown Nashville is a cultural epicenter with historical sites, lively restaurants and unending live music. These hotels – right in the center of downtown – put you at the forefront of all this action.
Hermitage Hotel
Boutique Hotel, Spa Hotel, Hotel

Hermitage Hotel is a five-star spot with an illustrious history of notable guests including John F. Kennedy and Franklin D. Roosevelt. The Hermitage has been around for over a century and has mastered the art of southern hospitality. Located in downtown Nashville, the Hermitage offers traditionally styled rooms with the buoyancy of Nashville’s nightlife.
More Info
231 6th Avenue North, Downtown, Nashville, Tennessee, 37219, USA
+16152443121
Visit website
Book with our partner Hotels.com
Book Now

Nashville from the Hutton Hotel | © wcm1111/Flickr

The Hutton Hotel is one of Nashville’s most modern hotels. With an eco-friendly sentiment, the Hutton is dedicated to the environment. Keeping up with the times, the Hutton’s rooms offer modern décor and features like the staple flat screen and lavish bathroom appliances. Located near Vanderbilt University and infamous music hubs, the Hutton is the place for a modern stay complimented with historical and nightlife activities. 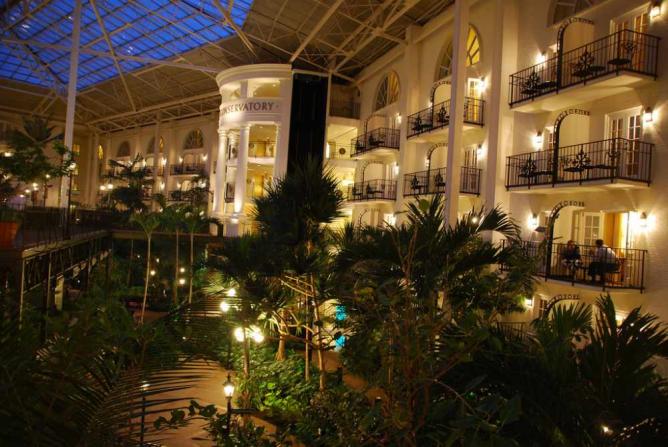 The Opryland Resort is been one of the best places to stay and one of the finest sights to see while in Nashville. There’s massive space accommodating the constant flood of guests, but there’s also an abundance of activities. Located right next to the Grand Ole Opry, the Opryland Resort has an authentic flare. The resort is also in close proximity to downtown activities. 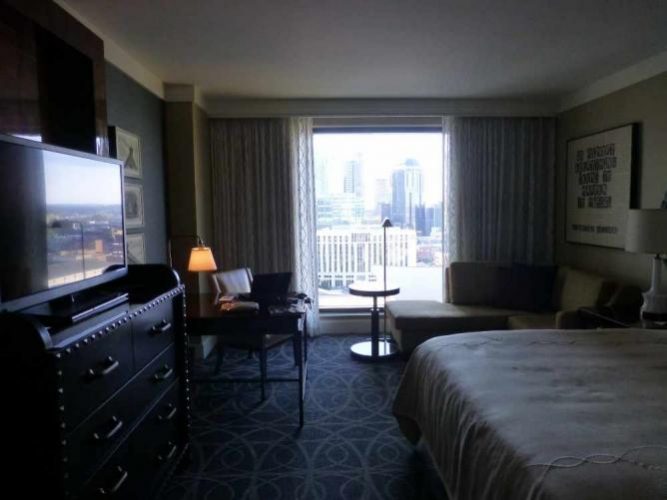 Omni Nashville is located right in the downtown sphere, and its décor mirrors the modern, downtown attitude. This hotel is new to the Nashville scene, and it possesses a lavish Southern flare. Including dining, spa & fitness centers, and a pool, Omni Nashville offers a luxury stay in one of America’s greatest cities. Situated right across from the Music City Center, there is also a cultural and authentic historical presence at this hotel. 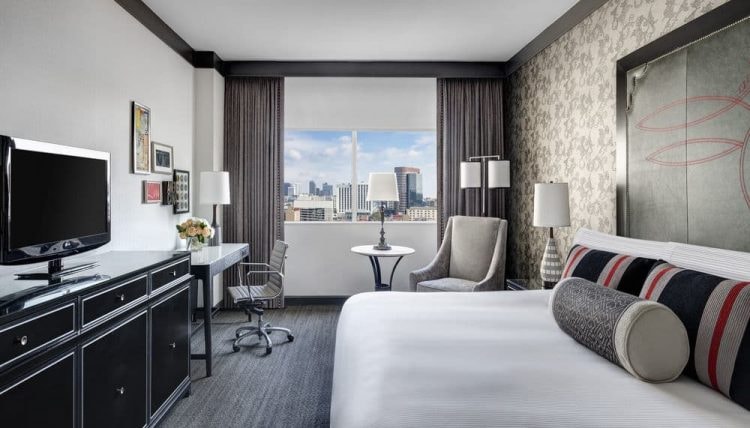 Loews Vanderbilt Hotel is a hotel that combines the past and the present through the exterior and interior décor. Mixing both traditionalism and modernity, Loews Vanderbilt is a sleek hotel providing memory of Nashville’s musical history. The hotel includes Southern dining, spa and fitness centers, and state-of-the-art guest rooms. Walking distance to downtown and Vanderbilt’s campus, Loews Vanderbilt is an ideal destination for resting and visiting.

Union Station Hotel is a historic landmark that has a vibrant history of an old railroad station. Remodeled in the late 80s, the railroad station became one of downtown Nashville’s most unique and splendid hotels. The outer Gothic architecture is juxtaposed by the modern (yet cozy) interior. There’s the sense of the past while resting and sleeping in the present. Another reminder of the modern present is the surrounding restaurants and shops that comprise Nashville’s trendy community.

A boutique hotel, Hotel Indigo is located in the downtown area. It’s a uniquely decorated hotel with each room dressed up differently. Hotel Indigo located in the historic district of Printer’s Alley where there’s a surplus of bars, restaurants, and shops. It now occupies a former historic bank, and remnants of the past are infused within their modern design.