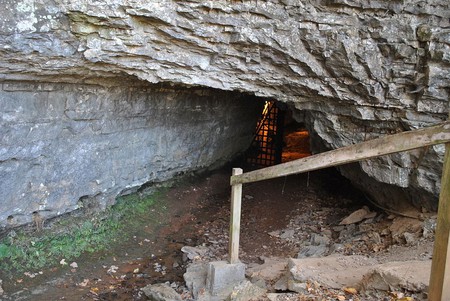 For those interested in ghost stories and spooky legends, the tale of Tennessee’s Bell Witch Cave is definitely one for the books. It traces back to the 1800s when a witch who haunted the Bell family was said to live in what is now the Bell Witch Cave.

A farmer by the name of John Bell lived in Robertson County, Tennessee, with his wife and children in the 1800s. They lived on a farm for 13 years, during which John became a deacon at the Red River Baptist Church. In the summer of 1817, the family began experiencing paranormal-like activity. Some family members saw strange animals roaming the property. Others heard knocking sounds on the doors and walls late at night. There were also sounds of chains being dragged through the house and choking sounds. The Bells were able to withstand the frightening occurrences for about a year, but then things became unbearable.

John told his neighbor, James Johnson, about the terrors that were lurking in his home, and after experiencing a few strange things himself, Johnson suggested doing an investigation. Over time, the unidentified presence in the Bell’s home developed a voice. It would provide different identities when asked who it was, once saying it was the witch of a neighbor named Kate Batts. After that, the force became called “Kate, the Bell’s Witch.” 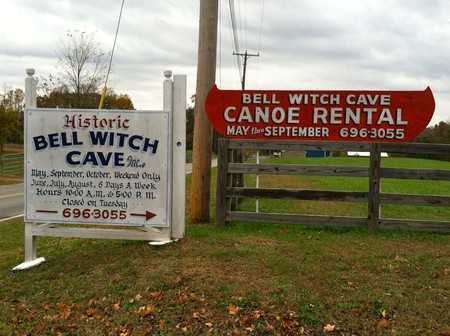 Over the next several years, Kate tormented the Bell family. John and his daughter Betsy experienced the most abuse, which appeared to be due to Kate trying to fulfill two things: to kill John Bell and to stop Betsy from marrying a certain boy named Joshua Gardner. Betsy was pinched, scratched, had her hair pulled and was stuck with pins. John suffered from spells of throat swelling and had the feeling of a stick being stuck sideways in his throat. He grew weaker and weaker.

It was on December 20, 1820, that John Bell died. The theory surrounding his death is that he was poisoned by Kate, who took credit for his death. In 1821, Betsy broke off her engagement with Joshua Gardner. Once these two events happened, Kate said goodbye and promised she’d return in seven years. She did come back for a short time, saying her next visit would be in 107 years. However, some believe she never left because strange things continued to happen in and around the Bell Witch Cave for many years.

By most accounts, the story of Kate and the Bell family is morbid and horrifying. But according to legend, Kate actually once saved a young child who became stuck in the Bell Witch Cave while playing with a group of friends. During the children’s exploration of the dark cavern, a boy got stuck in a hole and called out for help. A voice, allegedly that of Kate, shouted “I’ll get him out!” and used her invisible hands to pull the boy out of the hole. She then gave the children a brief lesson on safety and disappeared. This event happened during the time she was harassing the Bell family, so it’s unclear why she chose to act as a heroine that day.

The Bell Witch Cave, which was on the farmland owned by John Bell during the years of Kate’s torment, was listed on the National Historic Registry in 2008. Tours of the property are available by appointment from 10 am until 5 pm, but no children under the age of two are allowed in the cave. People with fears of ghosts and other spirits should probably also not visit the cave or the property surrounding it. 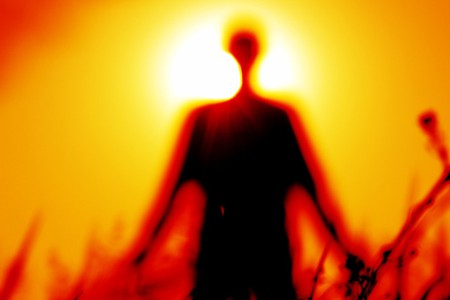 silhouette of a spirit | (c) Devanath/Pixabay
Give us feedback