Quentin Tarantino: The Cinematic Mastermind of the Mix-and-Match Genre

Tennessee born American filmmaker Quentin Tarantino is one of the world’s most renowned writer/directors. Each of his films is highly anticipated, as he draws upon the subjects and themes of previous films to produce a fresh storyline. Phillip Spradley looks at Reservoir Dogs, True Romance and Pulp Fiction, three of the most significant works from this master of suspense. 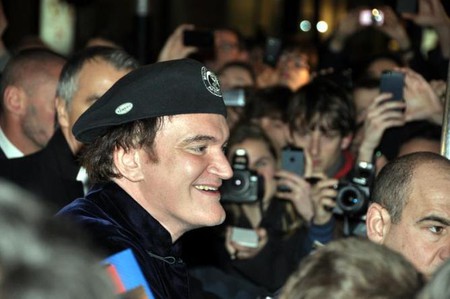 As one of the most triumphant American filmmakers, Quentin Tarantino made his début in the early 1990’s. He has become known for his unusual and sinister criminal films, his signature aesthetic of violence, and long sequences of dialogue where characters observe the most routine situation or object in extensive detail. Tarantino has several repeated themes throughout his body of work, and his recurrent use of objects, names, characters, time inversions, locations, and camera shots has made him one of the world’s most revered writer/directors.

In Tarantino’s past 26 years of filmmaking, he has written 16 films and directed nine. Reservoir Dogs (1992), True Romance (1993), and Pulp Fiction (1994) are Tarantino’s earliest films and his most famous. Sub genres of films such as Spaghetti Westerns, Blaxploitation, and Poliziotteschi were popular during Tarantino’s adolescence, and can be seen in the directors’ early films, which likewise hold the cinematic motifs that would come to dominate his entire output.

Reservoir Dogs, released in 1991, was Tarantino’s first writer-director hit. The movie details the story of a group of strangers that unite to carry out an armed robbery on a diamond warehouse. The film begins right after the robbery takes place and incorporates flashbacks to events before the robbery and to the planning of the crime. Once the group discovers that the police are after them, they suspect that there is a traitor amongst them. In one of the most gruesome, and memorable scenes of the film a character named Mr. Blonde dances to the tune of ‘Stuck in the Middle With You’, by Stealer’s Wheel, as he tortures a police officer.

True Romance is a film that was written but not directed by Tarantino, but nevertheless unfolds in true Tarantino style. Similar to Reservoir Dogs, True Romance involves a series of crimes gone wrong. Yet in this picture the central figures, Clarence, an Elvis-loving man, and a prostitute, Alabama, are thrown together in an unusual love story. When Clarence steals a large bag of cocaine the couple is forced to flee while, unbeknownst to them, they are pursued by federal agents and a crime syndicate who is determined to reclaim their stolen property. A scene in the film in which Clarence confronts Alabama’s psychotic pimp, Drexel Spivey, is an iconic Tarantino sequence. 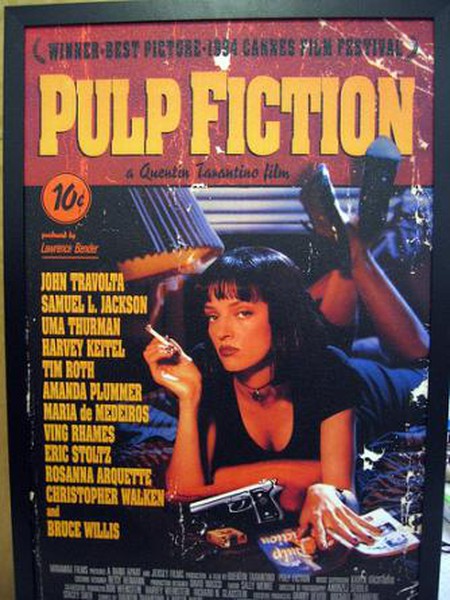 Resisting a linear structure, Pulp Fiction inverts the traditional time sequence, jumping from the past and present. The film consists of multiple plots, most of which surround the drug lord Marsellus Wallace. Other subplots involve two hit men, Marsellus’ charming wife, who suffers a near-fatal heroin overdose while out with one of the hit men, and a boxer who double-crosses Marsellus. Pulp Fiction features another memorable torture scene in which two men, already engaged in a brawl with one another, find themselves captive in a pawnshop. Later one of the men finds himself in a position to save the man who wants to kill him.

Tarantino’s early films have made him a hero of 21st Century filmmaking. His unapologetic repetition of themes, skilled use of the camera to create highly tense moments, and his preference for morally ambiguous characters allows fans to instantly recognise the man in his films. Teetering on a fine line between unruly comedy and violent excess, he never strays from his unique style of filmmaking. Instead he continues to develop his artistic voice, juxtaposing interesting, uncanny dialogue and violence in an effort to push the envelope of filmmaking.