Nashville, Tennessee, is known as the country music capital of the United States. But what people don’t know, is that the city has a spectrum of restaurants from five stars to dive bars. These restaurants embody Nashville’s quirky atmosphere and create a city unlike any other in the country. 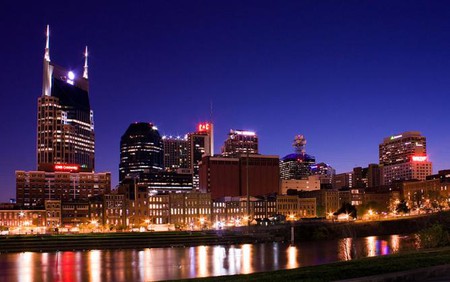 Nashville is known as Music City USA for good reason. Situated in the Southeastern United States, it is a hub for country music, boasting the homes of Faith Hill and Tim McGraw, Nicole Kidman and Keith Urban, and is also the setting of – quite fittingly – ABC’s television show, Nashville. Music artists of all genres flock to the city for its low-key atmosphere – renovated houses and basements become warm music venues and stars such as Jack White, Taylor Swift and Miley Cyrus can be seen at Fido, a local coffee shop.

While the country western Honky Tonk theme predominates the touristy area of downtown Broadway, filled with flashing lights and live bands, Nashville is blossoming in cultural spheres independent of the music industry. The big city has a small-town vibe, and this holds true in the Nashville culinary scene, where gourmet restaurants mingle with local ingredients and family owners.

Just as music stars come to Nashville to build their careers from the ground up, new Nashville restaurants pop out of the woodwork every week. These restaurants start small, but eventually gain local, and even national acclaim. Some aren’t as well known, but the big and the small have something in common – they represent Nashville’s diversity, dispersed throughout distinctive neighborhood pockets that make up a city unlike any other. These establishments take their time, focus on the process and cook food for the love of cooking, not for commercial distribution. 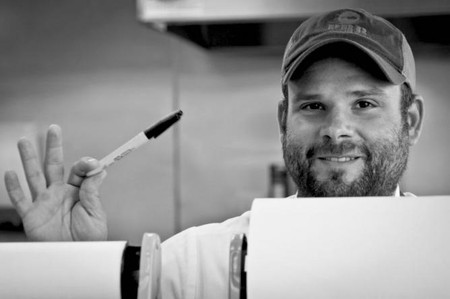 Restaurant, BBQ
Facebook
Email
Twitter
Pinterest
Copy link
Share
Map View
The Gambling Stick is the epitome of a hole-in-the-wall style eatery. It doesn’t advertise and you have to hope that it will be where it is rumored to be. The meat is hand-selected from Porter Road Butcher, a local shop, and the final product is sold from a tent, come rain or shine. They only cook on Saturdays until the food runs out, but you can see your meal being pulled directly from the smoker. The Gambling stick represents Nashville’s southern side and Tennessee’s penchant for comfort food, especially barbecue. The Gambling Stick is the essence of what makes barbecue good. They put the utmost care and patience into each small batch, making the meat fall off the bone and flavor seep into tough greens. Come meet the people who make quality barbecue a weekend hobby, and try all of the recipes on the rotating menu.
Open In Google Maps
501 Gallatin Avenue, Lockeland Springs, Nashville, Tennessee, 37206, USA
+16155219742
Visit Website
Give us feedback 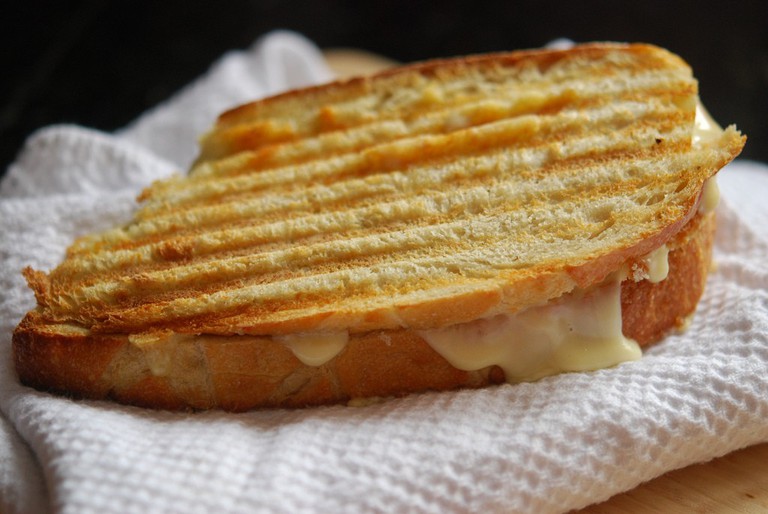 Grilled cheese | © Vanessa Druckman / Flickr
Café Coco feels like home, and not just because it is located inside of a 1900s house, renovated into a cozy coffee shop and late-night hangout. This small restaurant is open 24/7, and serves all the menu items at any time of the day. You can order pancakes, a craft IPA, and a mocha slushie known as a ‘Frozen Thingy’ at 3 a.m. if that suits your fancy. The wooden bench booths are worn from years of students, dates, and regulars. The back bar hosts local concerts every so often and the canopied patio lets in rays of sunlight, perfect for a warm, outdoor summer meal. Café Coco is Nashville’s spot for people watching – old couples wander among grunge rockers and wiry hipsters, showcasing the city’s unique ability to foster amicability among people of all backgrounds. Come to Café Coco alone or with friends, and order a salad and some cheesy, gravy-soaked poutine to cancel that salad out.
Open In Google Maps
Elliston Place, Midtown, Nashville, Tennessee, 37203, USA
+16153212626
Visit Website
Visit Facebook page
Give us feedback

Restaurant, Italian, Vegetarian, $$$
Facebook
Email
Twitter
Pinterest
Copy link
Share
Map View
Five Points Pizza is located in East Nashville, where five streets converge. This part of the city is distinctive for its artsy vibe, with frequent art fairs and festivals, and Five Points creates art that you can even eat. Some people will argue that thin-crust Neapolitan pizza reigns supreme, some vouch for folding their New York-style slice, and others want to eat their deep-dish pizza with a fork and knife. But if you are looking for flavor, craft, and freshness of ingredients, then Five Points Pizza is the place to visit. The menu changes every so often to accommodate a new idea, such as a Vodka Sauce pie, and the garlic knots. The restaurant isn’t large -rather, it’s an intimate space with tables that don’t seat more than six, and waiters who wear jeans and t-shirts. Come try the sweet, house-made ricotta that melts in your mouth, and listen to Modest Mouse over a local craft beer, such as a Yazoo Dos Perros.
Open In Google Maps
1012 Woodland Street, East End, Nashville, Tennessee, 37206, USA
+16159154174
Visit Website
Give us feedback 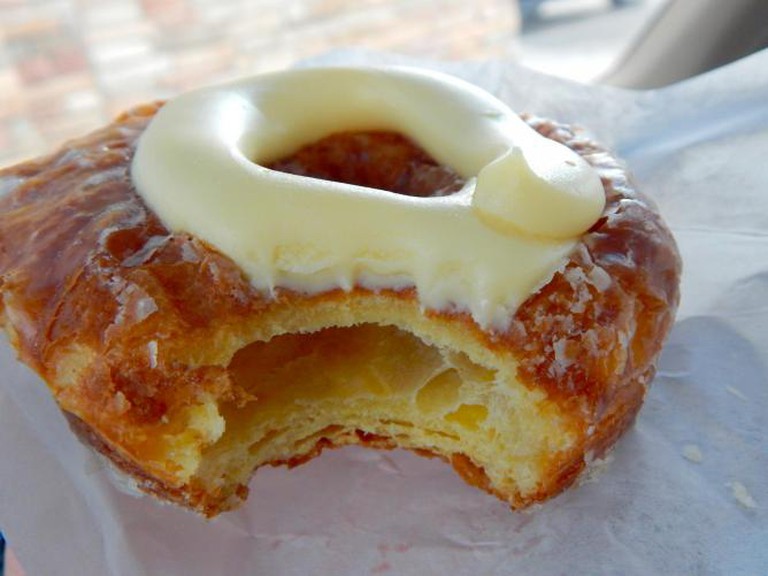 The Donut Den's new cronut, frosted with homemade custard. | Courtesy of Fox's Donut Den
Mediterranean Cuisine boasts the most authentic Mediterranean food in the region. Tucked away on the second-story above a pizza restaurant, this venue does not receive enough credit for its consistently delicious output. Med Cuisine is comfortable, with cushiony booths and second-story windows that allow evening sunlight to seep in while you eat and give you a view of historic Hillsboro Village. Med Cuisine’s pita is soft and hot, their hummus and baba ghanoush are creamy, and their tabouleh is perfectly lemony. If you buy a chicken shwarma or lamb gyro platter, then you will have enough to bring home for a second meal. It doesn’t hurt that a meal large enough for two costs less than eight dollars. Med Cuisine embodies Nashville as a city, where starting small can lead to success – with persistence. Come and meet Rami, the owner, who will surely remember your name, and also be able to guess your order.
Open In Google Maps
Nashville, Tennessee, USA
Give us feedback 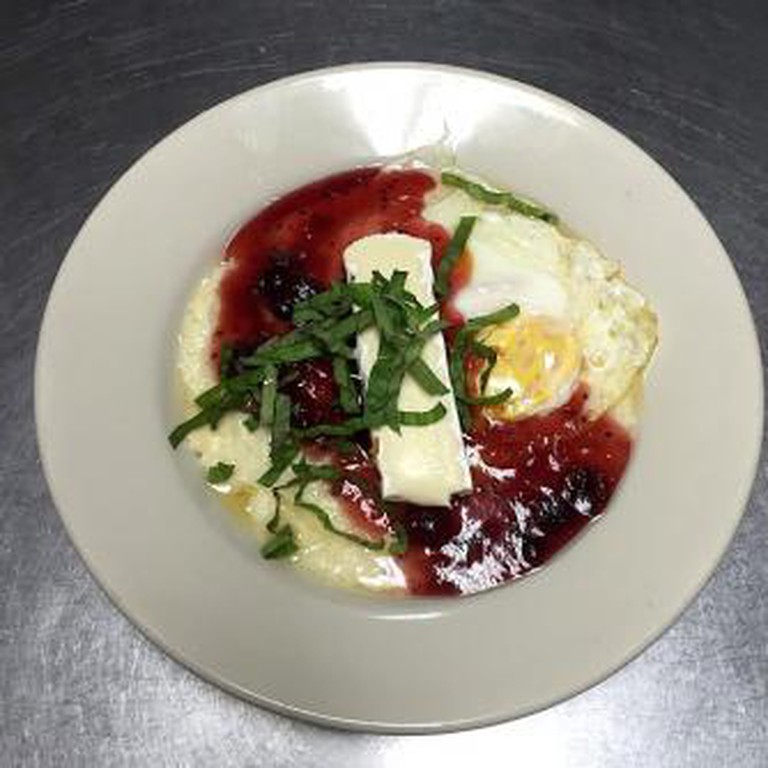 Stone Fox brunch special: gouda grits, cranberry compote, brie, and egg made to order. | Courtesy of the Stone Fox
If you’re a Nashvillian, then there’s a pretty good chance that you’ve been to Fox’s. Since 1973, the Donut Den has been providing Nashville with traditional donuts. Although donuts may be growing into a fad, just like cake pops or frozen yogurt, those who did it first do it best. All of Fox’s donuts are handmade from scratch – not with a machine – just as they were in the ‘70s. The shop is quaint and the retro neon sign depicts a donut slowly rolling into a basket. In fact, you can buy a basket of these goodies at the Stone Fox restaurant. The continuation of family-owned businesses in a modern world dominated by large corporations is not common. Fox’s commitment to a simple model is a testament to their resolve, especially in the Green Hills Mall area that being consumed by chain brands. Fox’s shows Nashville’s appreciation of tradition, and commitment to artistry, despite changing times. Come back to try the famous old-fashioned blueberry cake donut.
Open In Google Maps
3900 Hillsboro Pike, Green Hills, Nashville, Tennessee, 37215, USA
+16153851021
Visit Facebook page
Give us feedback

If you want vegan food options, brunch cocktails, and a live band, then the Stone Fox is the place to go. Once inside, you feel immediately welcomed by a friendly atmosphere and quick seating. It’s a wonder that this place isn’t always jam-packed – it is filled with eclectic art, including a wall-sized collage of the United States, pieced together state-by-state, and a 60’s style performing stage with gold tinsel streamers. If you don’t have time to make it to a jazz brunch or a disco dance party, it is still worth a trip for the food. The combinations are creative – sweet potato mac n’ cheese, pimento cheese hush puppies, and tomato and watermelon gazpacho. The Stone Fox offers a throwback to the music scene of our parents’ generation, demonstrating that Nashville isn’t exclusively a country western city. Come try the whiskey cream-spiked coffee, but be sure to wear you hippest clothing, because the atmosphere here is funky. 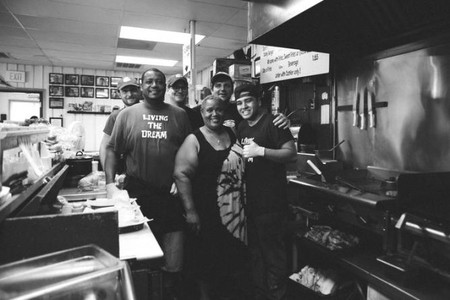 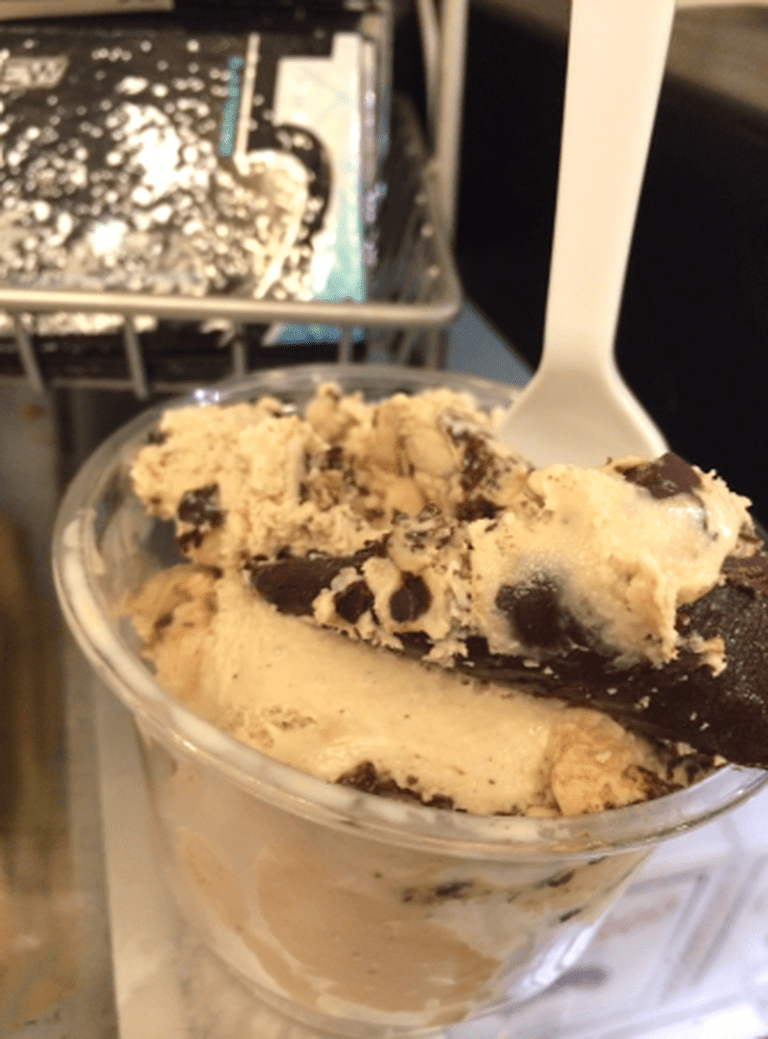 Tennessee Fudge ice cream. | Courtesy of Mike's Ice Cream
The Nashville burger market has exploded over the past few years, with both local and chain burger joints popping up left and right. This has led to a citywide argument about the best burger in Nashville, but there isn’t much that comes close to a thick, hand-formed patty with simple and fresh ingredients. This is what Gabby’s provides. Gabby’s is only open for a couple of hours at lunchtime, so get in whilst you can. The idea behind fewer hours is the focus on quality, rather than mass production, and Gabby’s succeeds – the burgers come out within five minutes and the portions are hearty. Gabby’s shows Nashville’s appreciation for individuality and quality of produce, rather than mass production and bland standardization. Come and try the thick-cut, baked sweet potato fries, and meet the people who make your burger fresh on the grill in front of you.
Open In Google Maps
493 Humphreys Street, South Nashville, Nashville, Tennessee, 37203, USA
+16157333119
Visit Website
Give us feedback

Ice Cream Parlour, Ice Cream
Facebook
Email
Twitter
Pinterest
Copy link
Share
Map View
Located downtown, on Broadway itself, Mike’s usually has a line looping through the shop and out the door, even in cold weather. It is open until midnight, seven days a week, so that if you decide to abandon the bars early, you can make a stop at Mike’s first. Although Mike’s is well known, it still embodies independence, persisting as a tiny island in a sea of big-time, downtown entertainment. It still has the look of an old-school ice cream parlor, with intricate ceiling coffers and a fountain modeled to look like a waiter in a cummerbund is pouring water into a frosty glass. Mike’s provides a glimpse into Nashville history, resembling the architectural style of the late 1800s railroad era, complete with horse-drawn carriage rides down Broadway. Aside from its simple feel, Mike’s has glorious ice cream. It is thick, creamy and rich, and the portion sizes are far from stingy. The staff is friendly and complementary, small and recognizable after a few trips. Come try the coffee bar and the Nutter-Butter ice cream, which might have a whole cookie hidden in creamy vanilla folds.
Open In Google Maps
129 2nd Avenue North, Downtown, Nashville, Tennessee, 37201, USA
+16157426453
Visit Website
Give us feedback
Give us feedback