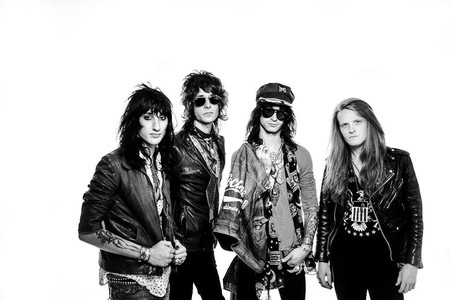 Nashville Tennessee’s most rockin’ export, The Tip are a must-see for anyone looking to have a good time. 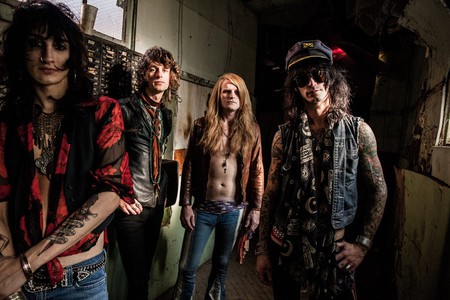 In 2013, after getting together and jamming out to classic blues tunes, guitarist Ricky Dover Jr. and singer Benny Carl and his brother, drummer Dixie Carl, headed to the studio to record what would eventually be The Tip’s debut EP Killin’ it Wasted.

‘We were just having fun playing and never took things too serious until the songs started flowing in,’ says Dover. He tells The Culture Trip that bassist Drew Uldrich joined by ‘[explaining] he had the rehearsal space directly across the hall from us and had already learned a few songs, as we’d practice at deafening volumes. Dixie quickly questioned, “Hey man, how long is your hair?” only for Drew to reply by letting down his long hair from his baseball cap. “You’re in!”‘

As for their roots in Tennessee, Dover says that ‘The level of musicianship is truly outstanding in Nashville. People definitely appreciate good music in Music City, and there’s a strong community of great bands that all mingle together.’ He further explains: ‘You can be good in Nashville, and then you’re amazing in another city… Everyone has their own personality, you just gotta know how to play and let it out!’

Early 2015 brought The Tip’s self-titled album, which fully captures the band’s unique sound. Heavily influenced by the blues as well as ’70s and ’80s-era bands, The Tip adds their own glam rock flair to the mix, creating a rockin’ party soundtrack that hits hard. As Dover puts it, ‘We are pretty serious about partying. It’s what we do. Work hard, play hard. We give all we have to each and every live performance whether it be 10 or 10,000 people.’ 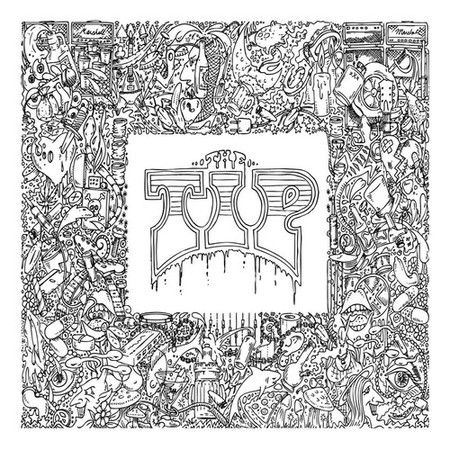 The Tip comes out swinging with the band’s set opener, ‘Welcome to the Night,’ and blasts its way through three hard hitting rockers before ‘L’ve Me E’ry Woman‘ comes in with a slow, bluesy groove. The album picks up again with ‘Ride Tonight,’ which has a glam-influenced sound with a catchy chorus. ‘Rock N’ Roll Man‘ resembles George Thorogood’s high energy boogie-blues, and ‘More, More, More‘ blazes its way through catchy, electrified vamping before ‘Last Joint‘ closes the album out with a high energy sing-along that will leave listeners craving more.

But even the recent release of a full album isn’t enough to slow The Tip down. Dover describes what the future holds for the band: ‘Re-releasing [our self-titled album] on cassette tape and [we] look to have it ready for when we hit the road for another East Coast/Midwest tour in December. Additionally, we are entering the studio to record seven or eight brand new songs in the next few days. Though we released an 11 song album in June, we are already working on a follow up. [We are] looking to release the album digitally, on CD, and on cassette in the spring of 2016.’ Dover also mentioned that vinyl records are in the works.

In regards to The Tip’s loyal fan base, Dover excitedly says, ‘We love our fans! Young, old, it’s all the same! If you like having a good time at a rock ‘n’ roll show, then you will dig the Tip!’ He also states that ‘Our fans come up with the best one-liners about our band! Obviously, people joke around “Just the Tip” all the time. We’re in on the joke! Bring ’em on!’ 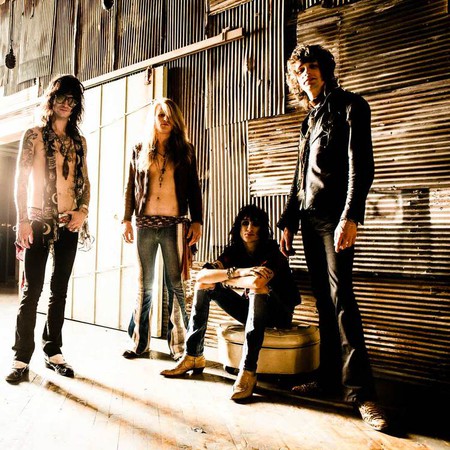 With so much happening in The Tip’s near future, keep an eye out for their newest release, and be sure to catch them when they hit the road this December. These guys promise a night of great rock and roll and a hell of a good time. With so much amazing material under their belt, including new songs added to their live set, like ‘Rock ‘N’ Roll Heaven,’ The Tip continue to grow and conquer, turning just about everyone they encounter into fans. The Culture Trip can’t wait to see what they do next!