A Brief History Of The Hermitage, Nashville In 1 Minute 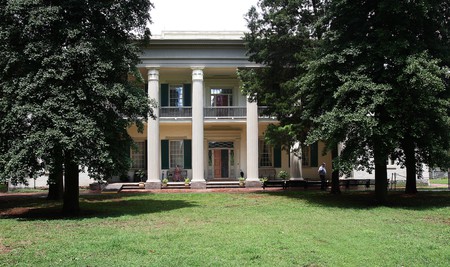 Drive just 10 miles east of downtown Nashville and you will find yourself at the Hermitage Museum and Plantation. This palatial mansion was once home to President Andrew Jackson, and today it serves as a reminder of Tennessee’s checkered history. Read on for a brief, one-minute crash course in this legendary Nashville tourist attraction.

While visitors to the Hermitage today will be greeted by a large, classical-style home complete with six white columns in the front, this building technically is not the original Hermitage. In fact, when Andrew Jackson and his wife, Rachel, originally bought the land in 1804, the ‘First Hermitage‘ was nothing but a two-story log cabin, which Jackson later added to so that it included slave cabins, a storeroom and a smokehouse. His plantation quickly grew in scale and size so that by 1820 he owned 44 slaves, making him one of the most prominent slaveholders and plantation owners in the entire state of Tennessee. 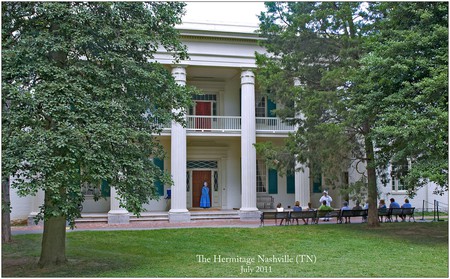 The Hermitage was rebuilt in 1819, this time with brick; included on the grounds were six slave units behind the main house. Nine years later, in 1828, Jackson was elected President of the United States and during his first term in office he called for an enlargement of his Tennessee plantation. A fire in 1834 destroyed much of the house, however, and thus a complete reconstruction was undertaken; this produced the 13-room neoclassical Greek-style building that visitors today are familiar with. However, the house itself merely takes up a fraction of the 1,000 acres of the Hermitage plantation. During Jackson’s lifetime — he retired to the Hermitage after the end of his presidency in 1837 — much of the land was used for farming cotton (approximately 200 acres) and the rest for food farming and for breeding racehorses. Jackson eventually died in 1845 (and would be buried on the grounds next to his wife); by this point, his plantation had grown so large that he owned roughly 150 slaves. 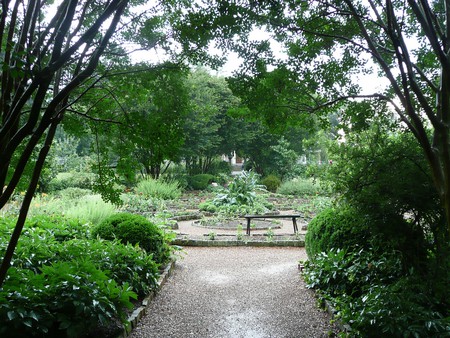 © The Hermitage, Reading Tom/Flickr. The gardens.

Visitors can see the Hermitage today almost exactly as it appeared a century and a half ago — it is, in fact, the most accurately preserved early presidential home in the country. The mansion itself has been restored so that it is even complete with most of Jackson’s original belongings and furnishings, and many of the original slave cabins still stand. A basic tour of the property costs $20 for adults; included in this price is access to the mansion, grounds and exhibit gallery (which includes exhibits that tell the story of Jackson’s life in more depth as well as the story of the ‘First Hermitage’). 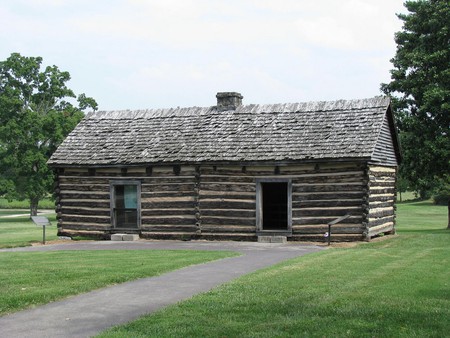 © The Hermitage, nola.agent/Flickr. One of the slave quarters that still stands on the grounds of the Hermitage.

Many facets of Jackson’s presidency and the history of the United States in the mid-19th century are swept under the rug today, but a visit to the Hermitage will serve as a poignant reminder of our nation’s past.