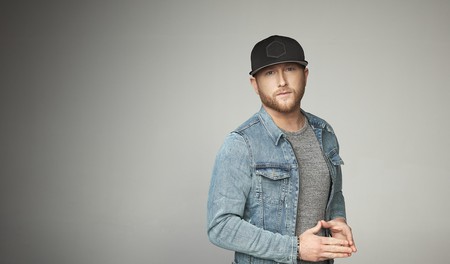 Specifically, the Georgia native knows downtown Nashville, a place where, for the last decade, Swindell has spent his nights sippin’ on 7-and-7s, tossing dollars in the guitar cases of musicians playing up-and-down Broadway and reflecting on the city that built his career.

“It’s just got that little, small town feel about it,” he told Culture Trip. “I remember my first day when I moved and everybody saying, ‘hey, welcome to Nashville.’ They got me a drink and it was just like a big family.”

Now, 10 years later, the platinum-selling singer-songwriter is bringing his music back home to Nashville, reflected in the single “Stay Downtown,” a song that finds – in defiance of the country norm – the singer rejecting a 2 a.m. drunk dial and persuading his ex to “keep moving your heels on the floor/let the bartender pour you up another around/stay downtown.”

“It’s the first song I ever put out that I didn’t write myself,” Swindell says. “It’s just one of those I wish I’d written and I can relate to.”

And who can’t, really? Anybody who’s experienced downtown Nashville, or any bar-centric area, has seen those desperate attempts to drink away a bad breakup followed by a drunk text to rekindle that extinguished flame.

“You get that late-night call,” Swindell explains, “and tonight, just stay downtown. Don’t come messing my head up. If you’re going to stay anywhere, you might as well stay downtown.”

In the spirit of the song, and to celebrate the August 17th release of his new album All of It, we picked Cole’s brain to find his favorite things to do in Music City’s most visited area, plus where to eat and drink “with the neon shining down” when you “stay downtown.” 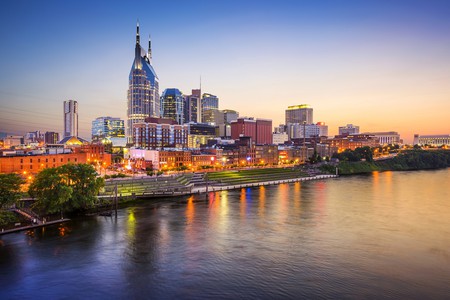 Worship in the mother church of country music

The Ryman Auditorium is the most sacred stage in all the land of country music, having been graced by legends like Johnny Cash, Patsy Cline and even Elvis.

“You hear stories and see videos, but there’s nothing like walking into that place,” says Swindell, whose first performance on the hallowed stage was an unexpected performance of “You Should Be Here,” a touching tribute to his father who died in a car accident. “It’s such a special song, and there’s no more special place than Ryman to play a song like that.”

And while the Ryman may have roots in country music, the best performers across all genres, from the Goo Goo Dolls to the Temptations, cherish the opportunity to add the venue to their lineup. With over 2,300 hundred seats, tickets for shows go fast, but the memories of an artist singing an acoustic version of your favorite song – no microphone, just the perfect acoustics of the over 100-year-old building – will certainly last for a lifetime. 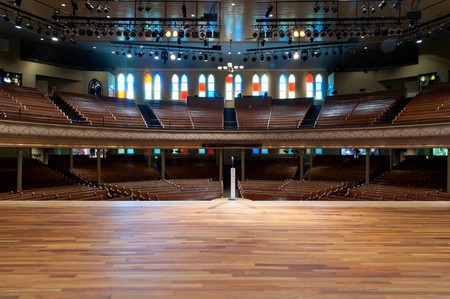 Playing the Ryman is the pinnacle of any country artist’s career, but playing the bars and honky-tonks on Broadway is part of the building blocks. Honky-tonks like Tootsie’s World Famous Orchid Lounge, Robert’s Western World, Alan Jackson’s AJ’s Good Time Bar and buddy Dierks Bentley’s Whiskey Row are a few of Swindell’s favorites for a cold drink and to catch some of Nashville’s up-and-coming acts.

“That’s how it started, before I even got my record deal, bouncin’ around downtown,” Swindell recalls. “A buddy of mine would be up there and I’d get up and sing. That was my only chance to sing in front of anybody in Nashville.”

“What matters to me most is the company,” Swindell explains of his perfect night out. “As long as you got people you love with you, you can make anywhere fun.”

One place that’s always fun to Swindell and his crew is Acme Feed and Seed, a massive, multi-floor restaurant, bar and nightclub trifecta where visitors can eat Redneck Lo Mein (lo mein with collard greens, corn and black-eyed peas) before sipping on a muddled, smoked peach Old Fashioned with an eclectic crowd of tourists, hipsters, cowboys and celebrities overlooking Nashville’s scenic skyline. “The company, cold drinks and good music – that’s my perfect night out.” 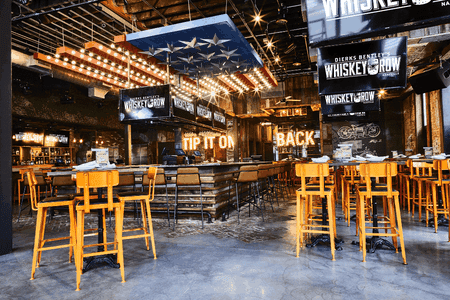 Feel the power of the Preds

The Nashville Predators took the hockey world by storm when they kicked it up and played for the 2017 Stanley Cup. Though the team ultimately fell short, they started a movement in Music City with thousands of fans packing downtown for watch parties, tossing catfish on the ice, shouting hilarious chants and even being sort of unofficially named the “best franchise in sports” by ESPN.

“If you didn’t really grow up around hockey and you go see it, you’re addicted, you’re hooked,” says Swindell, a sports fan who didn’t have any experience with ice hockey growing up in Georgia. “Out of all the sporting events I’ve been too, nothing’s been like [the 2017] playoff game I went to versus the Blackhawks. The fans are just great people, and that’s Nashville for you.”

Perfect the art of karaoke

Nashville is a place where everyone can truly be a star, at least at one of its infamous karaoke bars, where Miranda Lambert or Ke$ha might pop in and sing right after you. But it’s not a competition, because at bars like Lonnie’s Western Room, a good time is more important than singing on key.

“You’re there in Music City and there are a lot of good places to do it, but Lonnie’s is one place where I went before I ever got my start. I sang up there plenty of times, wishing it was a big stage,” he says of the Printer’s Alley joint where the entire staff, including the beloved Betty and Brittany, make every performer feel as important as Dolly Parton, all while serving affordable, ice-cold buckets of beer. “Lonnie’s is a famous place in Nashville. It’s somewhere you can just get up there, take your friends, and sing like you’re a big star.”

Hear the history of country music

“Will the circle be unbroken?” sing the voices of Nashville’s country stars, past, present and future, in an ode to the power and levity of their genre. To fully experience the history of country music, from its earliest roots to the future of its artistry, the Country Music Hall of Fame is an essential stop downtown. From Dolly Parton’s handwritten lyrics of “Jolene” to Taylor Swift’s famous glittery guitar, this substantial and interactive museum is a country lover’s paradise. 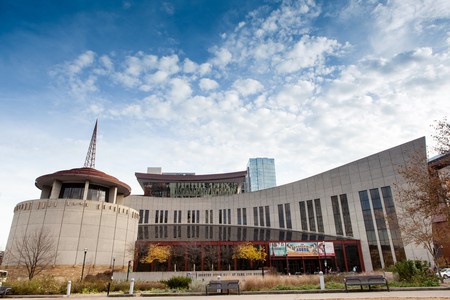 Learn the secrets of the songs and the songwriter

Without the songwriter, there would be no songs, like Swindell’s latest single “Break Up in the End.” And without the tradition of Nashville’s songwriter nights and rounds – where writers take turns playing acoustic versions of their songs, sometimes newly written, sometimes Grammy award-winning hits – a piece of Music City would be missing.

“That’s why I’m around now, because of nights like that,” Swindell says. “I was at 3rd and Lindsley, they’ve got a lot of good stuff going on. The Listening Room and 12th and Porter, those are places that have a lot of songwriter nights where you can go and just listen to people playing their own music.”

And it’s at these nights where relationships are built, artists connect and the hits we know and love today are born.

“It’s got to be the bachelorette capital,” Swindell says when discussing the sheer number of tiaras, veils and pink and black sashes dotted in cursive with the word “bride” found on Lower Broadway. “You go downtown on the weekends, and there’s one girl with her whole squad and they’re running the town. They walk into a bar and before you know it, they’re up on stage, getting a drink from a stranger, having a blast. Downtown Nashville is just the perfect place for that.” 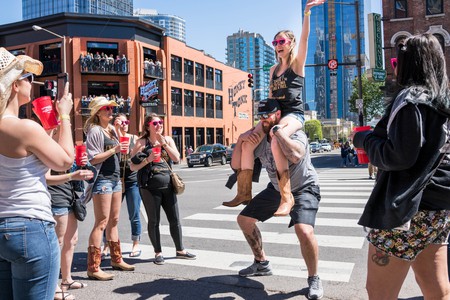 Be it a trip for a Preds game, a concert at the Ryman, a work trip or a bachelorette weekend, Music City has a place for everyone, and downtown is no exception.

“I don’t know what it is about Nashville that’s so special, there’s just such a vibe about the city,” says Swindell who has seen the city from many angles: from the streets before his voice was on the radio, from the stages of the bars and venues locals and tourists flock to and now, looking straight forward at the height of his career.

“I don’t know, man, I guess if I ever have a bachelor party, I may just ‘stay downtown.’”

This interview has been edited and condensed for clarity.