An Introduction to Tennessee Literature in 7 Writers 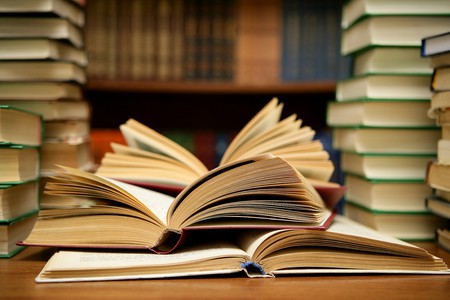 Tennessee has an abundant history full of culture. From racial tensions to Southern farm living, many Tennessee authors used their personal experiences to bring their works of literature to life. These 7 writers took what they were most passionate about and turned those interests into award-winning novels, short stories and poetry.

Born in Knoxville in 1909, James Agee was a Pulitzer Prize winning author. He won the prize posthumously for his uncompleted biographical novel A Death in the Family, which is based on the events surrounding his father’s death. His first short stories, plays, and articles were published while he was president and editor of a publication for a boarding school he attended. Even though be barely passed his high school courses, he went on to study at Harvard University, and was the editor-in-chief of the Harvard Advocate.

After graduation, he moved to New York and wrote for Time magazine. In 1942, he became the film critic for Time, eventually leaving to do the same job for The Nation. In 1948, he left the magazine industry to become a freelance writer. He didn’t receive much recognition for his writing until after his death. One of his works, Let Us Now Praise Famous Men, is considered one of the greatest literary works of the 20th century by the New York School of Journalism and the New York Public Library. He is also a credited screenwriter for two 1950s films, The African Queen and The Night of the Hunter.

Due to alcoholism and chain-smoking, Agee suffered a heart attack in a taxi at the age of 45 while on his way to a doctor’s appointment. This heart attack took his life on May 16, 1955.

On May 16, 1955, James Agee, 45, described as "a literary James Dean" died of a heart attack in a cab on the way to his doctor's office. Go to our Facebook page for more info. #landmarkbooksellers #franklintn #bookstagram #nashville #bookstore #southernlit #jamesagee #

A photo posted by Landmark Booksellers (@landmarkbooksellers) on May 16, 2016 at 6:27am PDT

One of ten children, May Justus was the author of numerous children’s books. Most of her stories were set in Appalachia, reflecting the culture of her East Tennessee upbringing. She was born in Del Rio in 1898, where storytelling and works of literature were prominent in her home. She studied at the University of Tennessee, earning a bachelor’s degree and going on to become a teacher. Her first written work was inspired by her experiences as a teacher, as she wrote down stories that she told her students when they finished their classwork.

In 1939, May retired from teaching due to a heart condition, which allowed her more time to devote to writing. She wrote about 60 books between 1927 and 1980, which were mostly children’s fiction and poetry. Some of her books even included recipes and musical scores of songs that her characters sang. Just two of her works were set outside of Appalachia; New Boy in School and A New Home for Billy. Both of these books dealt with racial desegregation, which was motivated by a time when Justus and another woman, Septima Clark, went to the Andrew Jackson Hotel and Clark, an African American, was denied entry on a “whites-only” elevator during the time of Jim Crow laws.

American writer and lawyer Thomas S. Stribling was born in Clifton, Tennessee in 1881. He published under the name T.S. Stribling and won the Pulitzer Prize in 1933 for his novel The Store. By the age of seventeen, Stribling believed he was meant to be a writer. He sold his first story for five dollars when he was 12 years old. He eventually became the editor of a small newspaper called the Clifton News. He hoped this opportunity would jumpstart his writing career, but after a year, his parents convinced him to finish his education. In 1902, he graduated from what is now the University of North Alabama and earned his law degree in 1905 at the University of Alabama School of Law.

In 1907, Stribling moved to Nashville and got a job as a writer and ad salesman at Taylor-Trotwood magazine. During his time at the magazine, he had two works of fiction published, The Imitator and The Thrall of the Green. The themes in both of these books later became part of his legacy. He moved to New Orleans in 1908, where he started writing Sunday school stories and adventure stories for boys. These writings allowed him to earn a living as a writer. Stribling later wrote a trilogy, which followed the Vaiden family. The second book in the trilogy, The Store, is what earned him the Pulitzer Prize. The three novels touch on the Southern lifestyle during the period of the Civil War restoration.

His last two novels are set in New York City and Washington, D.C. They both address political issues in a satiric way.

Stribling died on July 8, 1965 and is buried in Clifton, where his home is now a museum dedicated to his life and career. 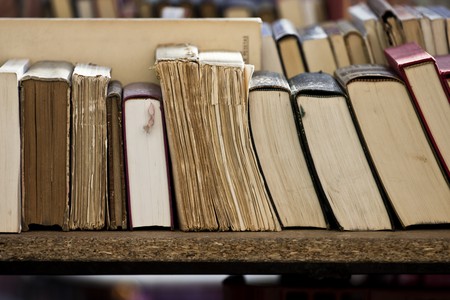 Considered by many to be Appalachia’s first significant female writer, Mary Noailles Murfree wrote under the pen name Charles Egbert Craddock. The city of Murfreesboro, Tennessee is actually named after her great-grandfather, Colonel Hardy Murfree. Mary was born in 1850 on her family’s cotton plantation near Murfreesboro, which was later acknowledged in her novel, Where the Battle Was Fought. She created post-Civil War American literature and characters who reinforced the negative stereotypes of Appalachia.

In the 1870s, Mary started writing stories for Appleton’s Journal, and by 1878 was contributing to the Atlantic Monthly. After seven years, she finally told an editor at the publication that she was Charles Egbert Craddock.

She is buried at Evergreen Cemetery in Murfreesboro.

Best known for being a founding member of the Nashville circle of poets, the Fugitives, Donald Grady Davidson was a poet and author. He was born in Campbellsville, Tennessee in 1893. He earned his bachelor’s and master’s degrees at Vanderbilt University in Nashville and later received honorary doctorates from Cumberland University, Washington and Lee University and Middlebury College. Davidson earned a reputation as a poet after his monologue, “Lee in the Mountains,” was included in an edition of the college literature textbook Understanding Poetry.

From 1923 to 1930, he reviewed books and edited the Nashville Tennessean book page. It was around this time that he joined together with the Southern Agrarians, a group of twelve writers, poets and novelists based at Vanderbilt University. The group, at the urging of Davidson, wrote a pro-Southern manifesto titled I’ll Take My Stand: The South and the Agrarian Tradition. The group was a strong contributor to the revival of Southern literature in the 1920s and 1930s.

In 1931, Davidson bought a house in Vermont where he did much of his writing. He also taught at the Breadloaf School, but retired from teaching in 1964. His most widely read work is the two-volume history, The Tennessee, part of his Rivers of America series.

Davidson died in Nashville at the age of 74.

American author, teacher, and lecturer Phyllis Tickle was born on March 12, 1934. She began her career as a Latin teacher in Memphis and then taught at Furman University and Rhodes College. She was later appointed Dean of Humanities at the Memphis College of Art. Her work focused on spirituality and religion. She served as the founding editor of the religion department at Publishers Weekly, where she referred to religion books as “portable pastors,” before she became a writer. Her most prominent works are The Divine Hours book series and the book The Great Emergence–How Christianity Is Changing and Why.

Many of Tickle’s stories are set on The Farm in Lucy, near Millington, Tennesse, which is where her husband, her seven children and she spent much of their time. In 1972, she left teaching to work as a writer and editor. She focused on writing and lecturing from 2004 to 2015, authoring over three dozen books. In 1996, she received the publishing industry’s Mays Award for her work in getting mainstream coverage of religious publishing. Her papers are archived at the Livingston Library at Shorter University.

Tickle was named author of the year in 2015 by Logos Bookstores, which is the largest nationwide association of Christian booksellers. Tickle later died on September 22 that year at the age of 81.

amazing how someone you've never met can have such a profound impact on your thinking and life. grateful. #phyllistickle

Though he was born in Trenton, Tennessee, Peter Matthew Hillsman Taylor spend his early childhood in Nashville. His family later moved to Memphis, where he graduated from Central High School in 1935. It was there that he wrote his first published piece; an interview with actress Katharine Cornell. After his graduation, Taylor took a year off to travel to England and then enrolled at Southwestern College in Memphis. After a short time at Vanderbilt University, Taylor left to build upon friendships with other authors. He taught literature and writing at the University of Virginia.

Taylor wrote American short stories that took place in the urban South. His characters were usually middle or upper-class people living in a time of change, who struggled to understand their roles in society. In addition to short stories, he also wrote three novels. His work, A Summons to Memphis, won the 1987 Pulitzer Prize. He also had a collection of short stories titled The Old Forest and Other Stories that won the PEN/Faulkner Award.

Taylor died in Charlottesville, Virginia in 1994.