A Secret Nuclear Weapons Suburb in the United States 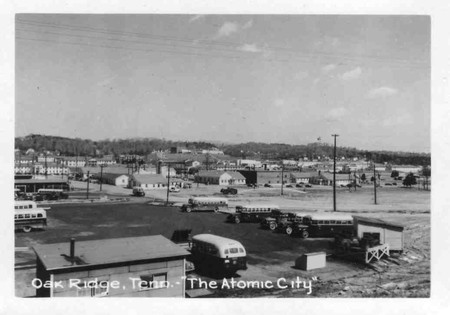 In the age of constant communication and transparency that the Internet has ushered in, it’s seems impossible to imagine that there could have ever been a city that managed to stay completely off the screens of anyone who didn’t live in it. But thanks to the United States government’s efforts during the Cold War, that is exactly what happened, with the creation of an entire massive suburb devoted to the development of nuclear technology.

Most neighborhoods grow organically. Whether they are built around industries that spring up in the free market or based on a particularly auspicious location – on a port or near a trading post in the old American West – it makes sense why cities and towns spring up when and where they do. But there is an interesting twist on this truism hiding in the past of the state of Tennessee.

The story begins in the 1940s, when the United States government was competing with the Soviet Union to develop nuclear arms. The government was specifically working on the development of uranium and plutonium as part of its “Manhattan Project”, and needed a place that was relatively rural to conduct this highly sensitive work.

The only problem? Doing this work in a rural area meant that workers on the project wouldn’t have any place readily available to live. So the government set to work.

They settled on 59,000 acres in East Tennessee, which would give the engineers the ability to spread their works sites out. This was important in case something happened at one of the sites – it meant that all the others would not necessarily be lost.

The topography was covered with scattered family farms far apart from each other. The government evicted the families from their homes, and scared out anyone who resisted that the cause for eviction was that the homes would be within the “demolition range” of the new work. 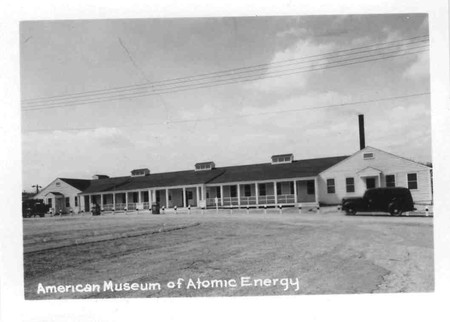 And then the construction on the city that would be called “Oak Ridge” began. Laboratories were a significant part of the construction, but so were the homes that were developed for the workers and their families to live in. The classic choice for government work projects would have been to create dormitory-style housing.

But this was no ordinary government work project. The government architects decided instead that the engineers working on the project needed to be provided with a more comfortable lifestyle than a dormitory would allow, and set to work constructing a classic suburban setup, with comfortable homes in clusters together. It was decided that the engineers “should have all the comforts of a real town in order to work as effectively as possible,” Manhattan Project scholar Martin Moeller Jr. has said.

Houses were not exactly built from the ground up. Often, prefabricated housing was brought in; sometimes in two halves, on the back of a truck, and assembled on site. It would be unthinkable today to construct houses out of “cemesto”, but at the time, the government used this mixture of cement and asbestos (which is dangerous when used in dwellings for human habitation) to construct many of its housing.

The kind of house each engineer was assigned was generally based on seniority, although there were exceptions made for people with large families.

Oak Ridge’s population grew steadily, and by 1945, 75,000 people lived in the city, which had become the fifth largest in the state. At the peak of Oak Ridge’s growth, contractors turned over the keys to a new house every half hour.

You might think that such a boom town would attract attention, but in a time before social media when fewer people had access to cameras and tools of mass communication, Oak Ridge flew surprisingly under the radar. It did not appear on any official maps, and all visitors were screened by guards. Moeller believes the patriotism prevalent at the dawn of the Cold War contributed to the relative secrecy the town was able to preserve. People thought, he has said, “it’s not my business; it’s for the war effort. There’s a much greater spirit of national unity than we could even fathom now.”

Other measures were taken to ensure secrecy, as well. Billboards around town reminded workers and residents to be clandestine about their work. Addresses were designed to be confusing to anyone who didn’t live there – some housing clusters were simply called M1, M2, and M3. 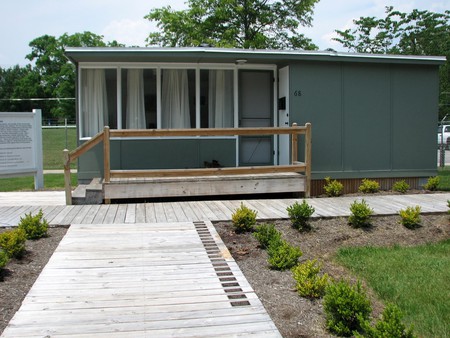 However, by 1949, after atomic energy and nuclear weapons were well-known facts of public life, Oak Ridge revealed its existence to the wider world. A city of roughly 29,000 today, Oak Ridge’s largest employer is fittingly enough the Department of Energy, and many of the homes that were built so quickly have proven themselves built to last, and are still inhabited today.