A Music Lover’s Guide to Nashville 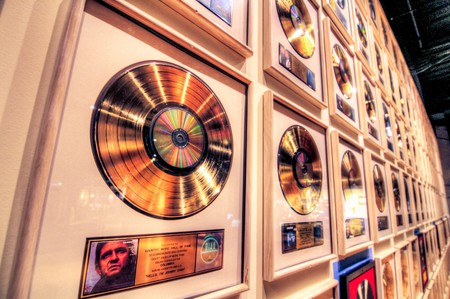 It’s called Music City because, well, it’s a city drenched with music. Nashville is the place to go if you’re a music lover and want to have an experience that leaves you saturated with musical knowledge, talent, and memories. Here’s a brief rundown of the Nashville music scene.

Whether you want to sit in a small acoustic venue and listen to folky singer-songwriters or rock out to the sounds of high-energy punk musicians, there are places all over Nashville to catch live music shows. From the intimate and infamous Bluebird Cafe to the two-story Mercy Lounge, venues big and small are always offering a place to hear the city’s most talented musical artists. On any given night, there will be show after show of live music at all the Nashville venues, featuring both up-and-coming performers as well as national touring acts.

Held every June at three different venues, the CMA Music Festival is a four-day country music event that brings people from all across the country to downtown Nashville. The best names in country music grace the various stages to put on an unforgettable country music show. You can expect to hear emerging artists like Kelsea Ballerini and Maren Morris perform, as well as more established artists like Little Big Town and Carrie Underwood.

What was once home to the Grand Ole Opry still operates today as 650 AM WSM. The station plays country, bluegrass, and Americana music 24 hours a day, seven days a week. However, if you’d rather listen to something else, there are stations such as 107.5 The River, which plays pop/rock and R&B hits; 94.1 FM The Fish, which is a Christian music station; 95.5 The Wolf, a local pop country station; and 96.3 Jack FM, which spins classic rock tunes.

For people who enjoy learning about the history of music and prominent musical artists, there are a few places in Nashville that take you through the Music City journey. You can take a tour of the Ryman Auditorium to learn how it came to be known as the “Mother Church” of country music, or visit the Country Music Hall of Fame and Museum for an in-depth exploration of some of country music’s biggest stars. There are also specialized museums such as the George Jones Museum, the Johnny Cash Museum, and the National Museum of African American Music. 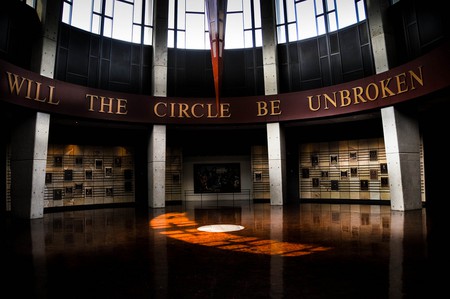 Up and down 16th and 17th Avenues South is Nashville’s Music Row. This area is where you’ll find many music companies, most of which have offices in former residential homes. Record labels, publishing companies, recording studios, Historic RCA Studio B, and radio stations all make up Music Row. At the end of Music Row, where Demonbreun Street, Division Street, 16th Avenue S., and Music Square East meet, is what’s known as the “Music Row Roundabout.” The circular intersection features a life-size statue of songwriter Owen Bradley sitting behind a piano. Across from Bradley is another large statue that depicts nude dancers. Upon its opening in 2003, it stirred up controversy among religious and parenting groups.

Downtown along Broadway, among all the honky-tonks, you’ll find several guitar statues on the sidewalk. There’s one that has “honky tonk heroes” like Johnny Cash and Willie Nelson on it, as well as others with music-related designs on them. There’s also an Elvis statue, and a Chet Atkins statue in front of the Bank of America Financial Plaza. And, of course, you’ll find guitars and other music statues all across the city – displayed outside of venues, along sidewalks, and hanging from large buildings.