A Look at the Best Street Art in Nashville 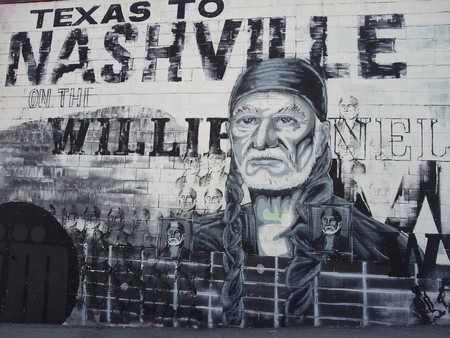 Yes, Nashville is the country music capital of the world, but it’s so much more than that. The city is a place where art takes many forms and where artistic creations fill walls and buildings along its streets. Most of the street art that you’ll find around Nashville pays honor to the city and its musical history, and some is an expression of the beauty and diversity that can be found throughout the greater Nashville area. These works of street art are just a small sampling of what you’ll find as you explore this colorfully cultural city.

A popular spot for tourists to snap selfies and for locals to boast of the love they have for their city in photographic form, the I Believe In Nashville mural, located in the 12 South neighborhood, is a must-see masterpiece. With a patriotic design that incorporates the stars of the Tennessee flag, this display is bursting with American and Nashville pride. After being vandalized in early 2017, the mural underwent a renovation by its original creator, street artist Adrien Saporiti of DCXV Industries. As of March 25, 2017, the mural celebrated its fifth anniversary.

In the trendy area of Hillsboro Village, between Posh Boutique and Pangaea Boutique, you’ll find a dragon mural that was created by artists David Glick and Adam Randolph in 1995. Even though neither artist currently reside in Nashville, the mural endures. The initial project took place over three weekends and students from Eakin Elementary School participated in painting it. The inspiration for the mural comes from the mosaic sea serpent at Fannie Mae Dees Park, also known as “Dragon Park.” The park mosaic was created in 1980 by Pedro Silva. 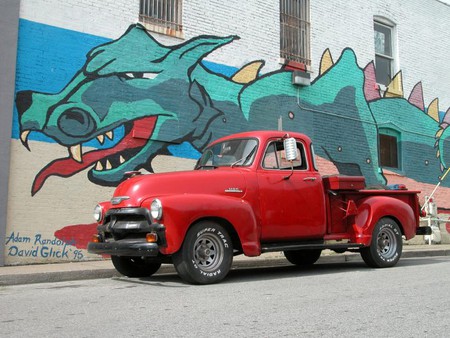 It’s not as if anyone in Nashville needs to be told to make music. But a mural in the 12 South neighborhood offers a bit of extra encouragement for those who need to be reminded. Head over to Epice, Nashville’s Lebanese bistro, and you’ll find this work of art. It’s located between Epice and Green Pea Salon. Vinyl might not be the media of choice for music lovers in this era, but the vintage-style painting, which uses records as a backdrop, is a great symbol of the way music is a timeless art form.

Downtown, you’ll find one of Nashville’s many honky tonks—Legends Corner. Located next to the infamous Tootsie’s Orchid Lounge and around the corner from the Ryman Auditorium, this country-music venue is where an artistic rendition of the Nashville skyline is painted on the outside wall. The mural includes the iconic “Batman Building,” and is absolutely stunning with its re-creation of the way Nashville lights up at night. 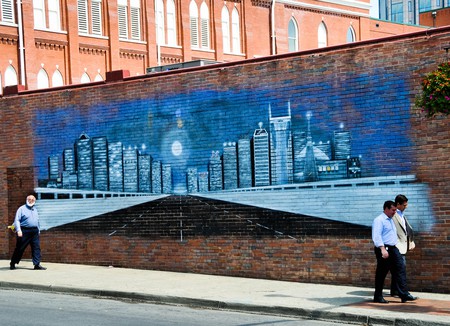 An independently chartered city that is home to two of Nashville’s most prominent recording studios, Berry Hill is a small neighborhood full of retro charm. Part of that charm is thanks to freelance artist Scott Guion, who created a painting depicting country and bluegrass artists along a fence surrounding the House of Blues Studio. Legendary artists such as Johnny Cash, Dolly Parton, and the Beatles are featured on the fence, as well as Elvis Presley, Jimi Hendrix, and even rapper Snoop Dogg.

Head downtown to the Korean War Veterans Memorial Bridge and you’ll get an oversized view of country artist Willie Nelson. Not far from the Country Music Hall of Fame and Museum, this wall painting, which features a portrait of Nelson, reads, “Texas to Nashville,” paying tribute to the singer’s birthplace of Abbott, and to Nashville, where his legacy has also found a home.