A History Of The Grand Ole Opry, The Longest Running U.S. Radio Show 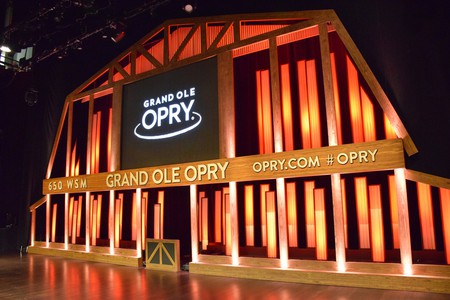 Drive into Nashville on any of the city’s major roadways and you’ll likely see the sign: ‘Music City, Metropolitan Nashville Davidson County, Home of the Grand Ole Opry.’ The Grand Ole Opry may be a radio show, but its influence on country music and the culture of Nashville writ large continues to be felt today, over 90 years after its founding in 1925. Here is a brief history of the Grand Ole Opry, the longest running radio show in the United States.

On November 28, 1925, the Grand Ole Opry was born when a radio announcer by the name of George D. Hay went live on the air for his first broadcast of a program that was, at the time, called WSM Barn Dance. The first show featured a performance by 77-year-old fiddle player by the name of Uncle Jimmy Thompson and was broadcast from a small, fifth-floor studio in the National Life & Accident Insurance building in downtown Nashville. The show gained popularity so rapidly that soon enough, locals were turning up in droves to the National Life & Accident Insurance studio. What had begun as a modest, one-hour live radio program had quickly blossomed into a foundational piece of Nashville culture and a major player in the status and shape of country music nationwide. Two years after his first broadcast, Hay coined the name ‘Grand Ole Opry’–and the rest, as they say, was history.

And in the case of the Grand Ole Opry, history is a key word, as even today the live program never forsakes its nearly century-old roots. Today, listeners can tune into 650 AM WSM (as well as Channel 59 on Sirius XM or on the free Grand Ole Opry smartphone app) every Tuesday (seasonally), Friday, and Saturday night to hear a dynamic two and a quarter hours’ worth of live performances by both up-and-coming artists and established country music legends. (Visit the Grand Ole Opry online calendar for each night’s lineup of artists, as well as start times.) And while the show is known for bringing country music the spotlight and legitimacy that would ultimately pave the way for the genre to gain national popularity, the show is not limited to country music. In fact, over its decades-long tenure, celebrities from Jack Black to Stevie Wonder to Kevin Costner to then-President Richard Nixon have graced the hallowed Grand Ole Opry Stage.

President Richard Nixon attends the grand opening of the Grand Ole Opry House in 1974 and plays a rendition of ‘God Bless America’ on the piano.

Devoted Grand Ole Opry listeners can even join the live audience to watch this foundational piece of Tennessee–and national–music history unfold. Every week, Grand Ole Opry performances are open to the public at the Grand Ole Opry auditorium in Opryland, which is located just 20 minutes northeast of downtown Nashville. It should come as no surprise that the 1920s-era National Life & Accident Insurance studio became much too small to host this national phenomenon of a live show very quickly. In fact, over its 90-plus years of broadcasting, the Grand Ole Opry has had no fewer than six different homes. It moved to the Hillsboro Theatre in 1934–what is today the Belcourt Theatre–and then again to a religious meeting hall in East Nashville known as the Dixie Tabernacle. In 1939, the Opry moved again and was performed at the War Memorial Auditorium downtown; in 1943, it moved to the Ryman Auditorium. It would finally settle into its newly built home in the Grand Ole Opry House in 1974, where it has resided ever since–with the exception of an annual three-month November-January stint, during which time the Opry is broadcast from the Ryman for a special called Opry at the Ryman. 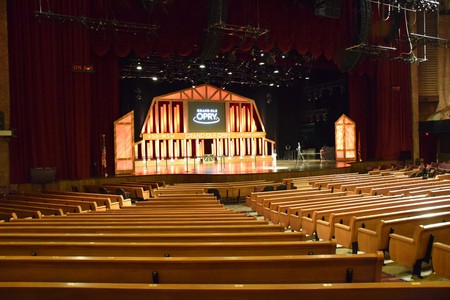 Whether you join the thousands that flock to the Grand Ole Opry House to watch this show unfold every single week or, like millions across the country, you tune into 650 AM WSM to listen to this dynamic two hour and 15 minute set of live performances, a comprehensive understanding of Nashville’s history and its status as ‘Music City’ would be incomplete without a foray into the very radio show that ‘made country music famous.‘