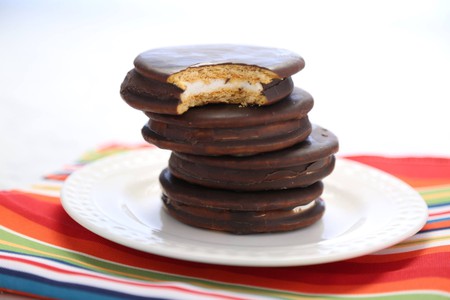 Anyone with a sweet tooth has likely tried – or at least heard of – a Moon Pie. The delicious chocolate treat has been around since the early 1900s and is a popular snack in the southern U.S. But just in case you aren’t familiar with the Moon Pie and its origins, here’s a little history lesson for you. Sorry in advance for making you drool. 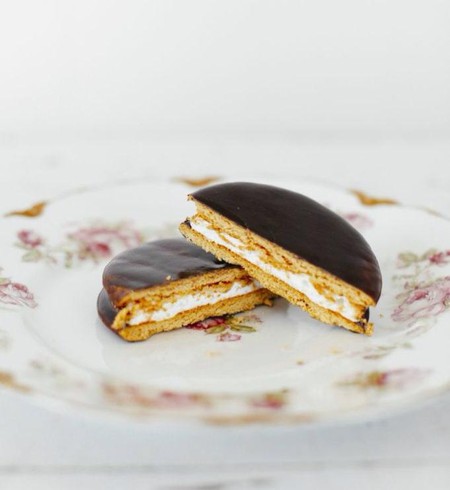 The Moon Pie is a sweet southern snack that originated back in 1917. Made from two graham crackers with marshmallow filling and chocolate coating, Moon Pies are produced by Chattanooga Bakery in Chattanooga, TN. The Moon Pie supposedly got its name from a Kentucky coal miner. A traveling salesman by the name of Earl Mitchell asked some coal miners if they’d like a snack while taking a break. One of the miners asked for a snack with graham cracker and marshmallow, requesting one “as big as the moon,” which is what inspired the name Moon Pie.

At the time, Chattanooga Bakery was producing over 100 items but Moon Pies were flying off the shelves. By 1929, factory workers were boxing up hundreds every day. Moon Pies even became a comfort food for servicemen and women during World War II. Care packages sent to those serving were often filled with the chocolatey creation. Many parents of that era considered Moon Pies to be the perfect snack for their children, with many who are now grown still relishing the memories of the Moon Pie during their childhood. By the 1970s, the Moon Pie brand was expanding enough to offer additional sizes like the Double Decker Deluxe and flavors like Vanilla and Banana. 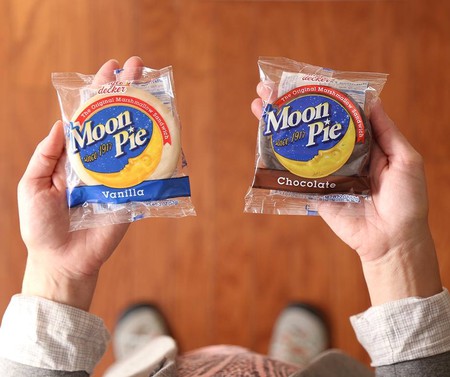 Today, Moon Pies come in several different sizes and flavors. Among them are salted caramel, strawberry, lemon and orange, which is only available during Mardi Gras. Mini Moon Pies come in those same flavors, as well as coconut. The Moon Pie Crunch can be enjoyed in peanut butter or mint flavor. Chattanooga Bakery currently produces about a million Moon Pies a day.

The Moon Pie has become so popular, there is an annual RC-Moon Pie Festival held in Bell Buckle, TN every year. It’s not completely clear why the Moon Pie & RC Cola are often paired together, but it’s a Southern combination that many enjoy. The festival is held on the third Saturday in June and is a family-friendly event that started in 1994 as a way to bring more visitors to Bell Buckle by celebrating the 75th anniversary of the Moon Pie. The Bell Buckle Chamber of Commerce worked with the Chattanooga Bakery to throw the Moon Pie a birthday party, and things took off. 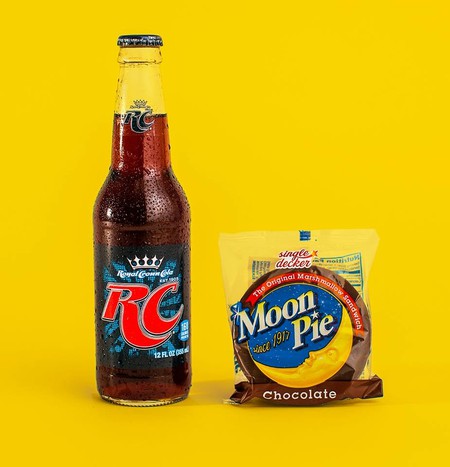 Downtown Bell Buckle brings people together at the RC-Moon Pie Festival with Moon Pie games, music and entertainment, cloggers, contests and more, for a jam-packed day of fun. The day begins with the RC-Moon Pie 10-mile run, which kicks off the festivities. A parade takes place, where the king and queen of the festival are crowned. There’s also the cutting of the World’s Largest Moon Pie as the grand finale.