8 Photos That Prove You Really Must Visit Nashville at Night 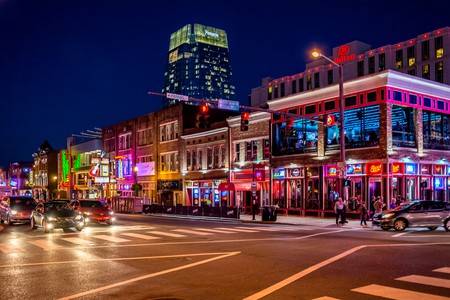 During the day, Nashville is made up of vibrant colors, greenery, and foliage birthed by Mother Nature. At night, the city becomes a setting filled with bright lights and energy fueled by the enthusiasm of its residents.

As the sun begins to set

Even when it’s not officially nighttime, the downtown Nashville skyline is full of brilliance. The Cumberland River looks glorious as it reflects off the sky’s shades of yellow, pink, and orange. The spectrum of colors and architectural details of the buildings create a photo-worthy backdrop perfect for capturing a touristy selfie shot for Instagram. 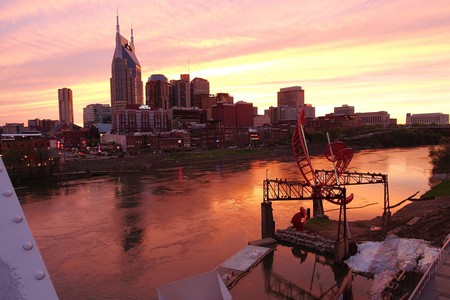 Up and down Broadway, the lights of all the bars and honky-tonks light up the downtown streets. With fun colors and shapes adorning the buildings, Music City becomes a lively beacon of talents that come out of hiding. The energy of the Nashville nightlife is just as brilliant as the colorful displays that fill up the streets. 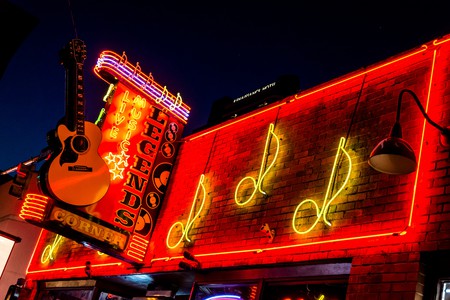 Giving the nickname “Music City” even more clout, the Country Music Hall of Fame and Museum’s windows light up at night to look like giant piano keys. There are several spots downtown where you can capture this view in all of its glory. With the sparkling city lights spread out behind the venue, it’s like looking at an oversized piano among a sea of stars. 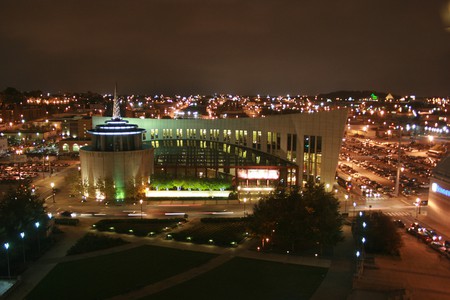 Between the traffic lights, the bars and restaurants and the cars traveling down the streets of Nashville, nighttime sees a multitude of colors downtown. Pinks and greens light up the popular dance spots. Red illuminates the signs of hotels and music venues, while yellow glows behind the windows of skyscrapers.

Nashville sees its fair share of rain. And when the storms hit, they hit hard. But the skies in Nashville before the storms come are truly breathtaking. The sepia-toned clouds, floating past the last remnants of daylight from the sun, help ease the day-to-night transition with incredible beauty. 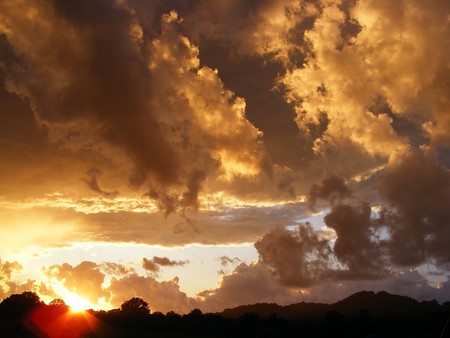 At night, the John Seigenthaler Pedestrian Bridge (formerly the Shelby Street Bridge) is more than just a place to walk across the Cumberland River. It’s an illuminated landmark that takes people through a scenic evening walk from downtown Nashville to the East Nashville neighborhood. 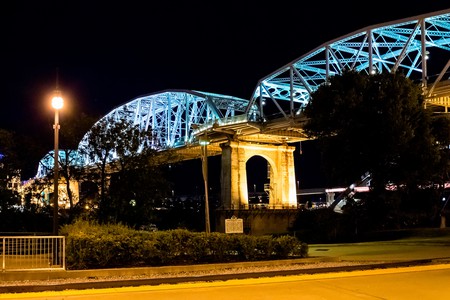 With almost 3,000 guest rooms, 15 restaurants, a quarter-mile-long (0.4 kilometers) indoor river, nine acres of indoor gardens and cascading waterfalls, the Gaylord Opryland Resort & Convention Center (formerly known as Opryland Hotel) is a 71-degree oasis with stunning views that are only intensified by the dim light that gently glows when night falls. 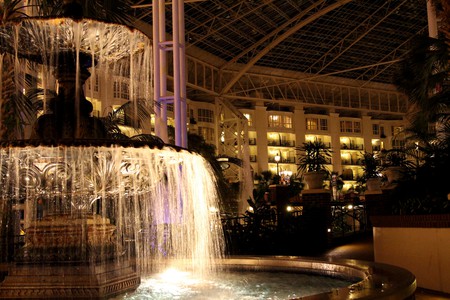 Once the sun has completely gone to bed in Nashville, the downtown skyline parallels a frame-worthy postcard. And just because the sun has called it a day doesn’t mean Nashvillians have. For many, the time of night skies and bright city lights is when things finally get started. 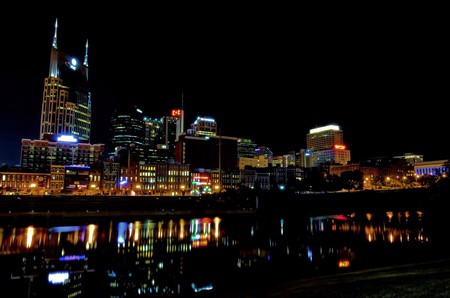