7 Craft Breweries To Check Out In Nashville 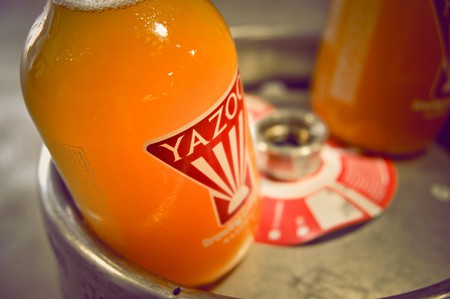 Nashville may be known for its moonshine and whiskey, but beer lovers too can find plenty of places to sample locally brewed craft beer. Read on for a list of seven breweries to check out in Nashville.

Jackalope Brewing Company was co-founded by Bailey Spaulding and Robyn Virball in 2011, and in the five years it has been open it’s cultivated a strong local fan base for its delicious craft beers. This 8th Avenue brewery offers four year-round brews (two pale ales, one red rye ale, and one brown ale) in addition to four rotating seasonal brews of slightly more adventurous flavor notes (the current seasonal brew is an early-autumnal Casper the Gose brew, a half-wheat half-pilsner German malt beer). Jackalope has a taproom open seven days a week for those merely hoping to sample its selections, or you can take a weekend tour for seven dollars per person.

Located in Nashville’s ‘SoBro’ (south of Broadway) neighborhood, Tennessee Brew Works is known both for its craft beers and its uniquely eco-friendly brewing process. Tennessee Brew uses a state-of-the-art brewing system in order to utilize fewer raw materials and less energy than the traditional brewing process, leading to increased efficiency and less waste relative to an average brewery. (And the beer itself is nothing to sneeze at, either. The Southern Wit, Cutaway IPA, and Basil Ryeman brews are especially recommended, but you can’t go wrong with a single one of their year-round or seasonal drafts.) Live music is offered 5 days a week, and TBW furthermore, has a full kitchen utilizing their craft beers in the recipes.
The taproom is open 7-days a week: Mon-Fri 5-10PM, Sat 12-10pm, Sun 11-8pm. Note, it’s possible to take a Saturday tour for $7.
Tennessee Brew Works, 809 Ewing Ave, Nashville, TN, USA, +1 (615) 436-0050 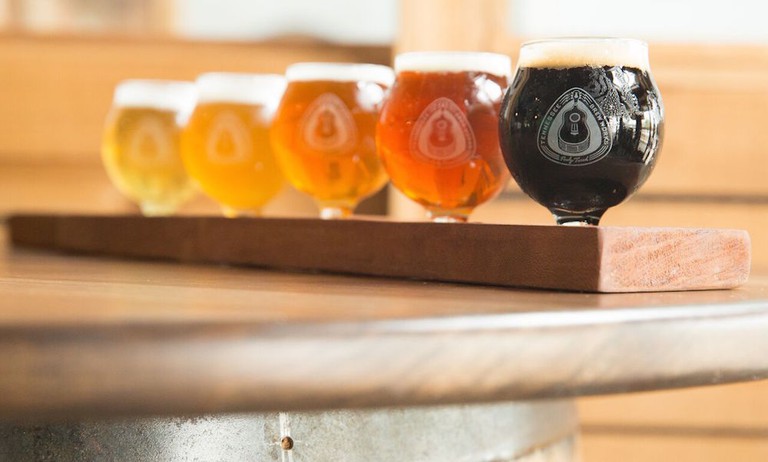 Linus Hall, founder and master brewer of Yazoo Brewing, started his beer-crafting career in 1993 with a homebrewing kit and a fondness for beer; years later, Yazoo opened in Nashville in 2003 and received almost-immediate local acclaim. Today, you’ll find Yazoo beers sold (in both bottle and in draft form) all over the city, and its Pale Ale and Dos Perros are nearly as ubiquitous in Music City (not to mention throughout Tennessee, Mississippi, and parts of Alabama) as national brands. For just eight dollars, you can tour this massive 40 barrel brewhouse, located in the Gulch neighborhood, to get an in-depth look at the process behind what is perhaps the most well-known Nashville brewery.

Releasing a new beer tomorrow at 2:00. And something else. But we're not telling (unless you're signed up for our newsletter – link in profile). In the meantime, we've got the new #foodtruck in town, @freebirdsworldburrito coming by today! See you folk for our new hours today, 3-9.

While slightly smaller and more low-profile than some of its brewery peers, Czanns has nonetheless been churning out delicious and high-quality brews since 2011. (Its taproom, also located in SoBro, has been open since 2014.) Its pale ales are especially delicious, striking a perfect balance between clean crisp flavor profiles and hops that pack a punch without overwhelming the brew. Stop by the taproom–open Wednesdays through Sundays–to try a beer or two for yourself, or find Czanns served in many locations throughout Nashville.

The Black Abbey Brewing Company draws upon over 600 years of brewing tradition to create high-quality Belgian-style beers. Offering a number of year-round brews, including the ever-popular Rose (a blonde ale with notes of clove and candy banana) and the Potus 44 (a coffee-infused American Porter, infused with coffee from local coffee chain Frothy Monkey), Black Abbey is a can’t-miss for serious beer fanatics. The interior of this brewery also sets it apart from the rest; the taproom is known as Fellowship Hall and is designed to resemble a monastery from centuries past. Tours are also available for 10 dollars per person.

Restaurant, American
Facebook
Email
Twitter
Pinterest
Copy link
Share
Map View
Opened in 1994, Blackstone is Nashville’s very first craft brewery; today, it still crafts some of the best beer in Music City. Find its popular year-round brews–which include an APA (American Pale Ale, with a distinct hop flavor from an IPA) and a traditional German-style Chaser Pale–and seasonal favorites such as a summery strawberry-infused pale ale and a autumn-appropriate pumpkin ale in stores and restaurants across town, or visit Blackstone yourself. (Its West End location also serves as a full-service restaurant, further setting it apart from many other primarily-beer taprooms and breweries in town, but for purists in search of solely beer, Blackstone operates a taproom that is open seven days a week.)
Open In Google Maps
2312 Clifton Avenue, Watkins Park, Nashville, Tennessee, 37209, USA
+16153209002
Visit Website
Visit Facebook page
Give us feedback

While a relative newcomer to the Nashville brewery scene, East Nashville Beer Works–founded by Nashville’s very own District 7 Metro Councilman Anthony Davis–is certainly worth checking out, especially if you’ve found yourself far from the SoBro concentration of more established craft breweries. Located in a refurbished warehouse on Trinity Lane, Davis and co. are committed to crafting a variety of well-made beers (from pale ales to porters to IPAs) as well as high-quality food. This brewery just opened in August 2016, so it’s certainly still fledgling–check it out and judge the quality of the brews for yourself.