Check Out These Places For A Unique Night Out In Nashville 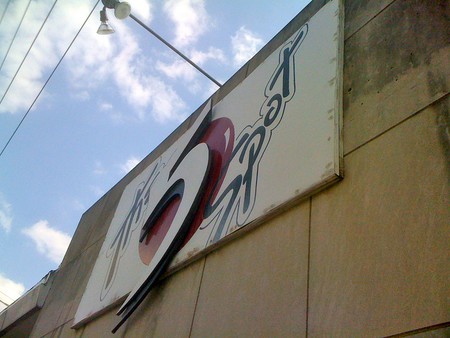 Have you tired of the honky tonks that light up Broadway? Whether you’ve been to one too many crowded country bars or they’re just not your ‘thing’ to begin with, Nashville has plenty of alternative opportunities for nighttime adventure.

For the Serious Cocktail Connoisseurs: The Patterson House

Bar, Cocktails, Beer, Wine, Pub Grub, American, $$$
Facebook
Email
Twitter
Pinterest
Copy link
Share
Map View
There is a reason that The Patterson House was voted one of Bon Appetit’s top 10 best new cocktail bars in the country shortly after it opened in 2009. While this honor may have been bestowed a few years ago, this speakeasy-style bar on the edge of Nashville’s Music Row and Midtown neighborhoods has, if anything, merely increased in popularity since its opening. In contrast to the average bar, to enjoy a drink at The Patterson House, guests must first check in with a hostess. On busier nights (in other words, on most nights) there is generally a short wait before a table becomes available behind the heavy curtains blocking off the bar from the hostess stand and waiting area. But between the unbeatable drinks and the one-of-a-kind atmosphere, the wait is more than worth it. While The Patterson House Menu includes all the traditional cocktails you would expect from a top-notch cocktail bar, it also has a number of unique drinks that are organized by the type of liquor base and the strength. Prepare to spend a little more than you would at the average bar, as drinks average between $10-14, but rest assured that no matter what you choose, you will not be disappointed.
Open In Google Maps
1711 Division Street, Midtown, Nashville, Tennessee, 37203, USA
Visit Website
Visit Facebook page
Give us feedback

For the Secret Speakeasy Seekers: Amari

Cocktail Bar, Cocktails, Beer, Wine, Pub Grub, American, $$$
Facebook
Email
Twitter
Pinterest
Copy link
Share
Map View
While The Patterson House may be a speakeasy stylecocktail bar, it is perhaps too popular and well known to really be considered a speakeasy. For those seeking a bar in Nashville that offers quality cocktails but is even more off the beaten path, Amari is the perfect place to go. Located above Savarino’s Cucina in Hillsboro, this little-known gem was awarded Nashville’s Best New Cocktail Bar of 2015. There is no sign outside advertising this secret spot. To get in, you need to enter the front door of Savarino’s and go through a hidden door to get to the upstairs cocktail lounge. The atmosphere is subdued and upscale casual, as to be expected of a speakeasy, and the drinks are definitely expert-level.
Open In Google Maps
2121 Belcourt Avenue, Hillsboro West End, Nashville, Tennessee, 37212, USA
+16154609878
Give us feedback

For Dart Enthusiasts: The Villager Tavern

For some, the ideal night out includes finely crafted cocktails and good company. For others, however, a perfect night out in Nashville is a little more rough around the edges. If you’re looking for a quality dive bar in Nashville – or if you really love to throw darts – then check out The Villager Tavern in Hillsboro Village. This tiny dive bar is a favorite with locals and something of a hidden gem in Nashville, and it is perfect for those just looking to grab a cheap beer or two and take a breather from Nashville’s jam-packed bar scene. If it happens to be your birthday and you’re feeling a little adventurous, you can even enjoy a complimentary dog bowl full of beer. (Tip before you go: The Villager does allow smoking inside, and you’ll likely leave smelling smoky–so you might not want to wear your finest ensemble when you go.)

For Those Who Want to Dance: Motown Mondays at The 5 Spot

Whether your week is already off to a rocky start and you need to release a bit of tension or you just really like to dance, head over to The 5 Spot in East Nashville on a Monday night from 9:30pm for a ‘Keep on Movin’ Dance Party’ (otherwise known by locals as ‘Motown Monday’). These weekly Monday night dance parties are a favorite with locals. They are so beloved, in fact, that in 2012 GQ named the weekly event ‘the most stylish party in America.’ Enjoy a few hours of soul-filled old-school music and prepare to dance off the stress of the work-week ahead.

Theater, Movie Theater
Facebook
Email
Twitter
Pinterest
Copy link
Share
Map View
Not all nights out in Nashville need to revolve around a bar. For those seeking a more casual night out, or a family-friendly nighttime activity, check out Stardust Drive-In. While Stardust is a bit of a drive from Nashville proper (plan to spend about 45 minutes commuting each way, depending on your exact location), you won’t regret the extra travel time. Opportunities for watching a drive-in movie are few and far between, and for this reason, Stardust is something of a local gem. Between the expansive concessions menu, the movie prices being cheaper than your average big-ticket theater (an adult ticket costs $8), and the wide-open sky, watching a nighttime film at Stardust feels like taking a step or two back in time – in the best possible way. Check out the website for specific film information and hours of operation, as these change seasonally depending on the weather and the time of sunset.
Open In Google Maps
310 Purple Tiger Drive, Watertown, Tennessee, 37184, USA
+16152370077
Visit Website
Give us feedback
Give us feedback