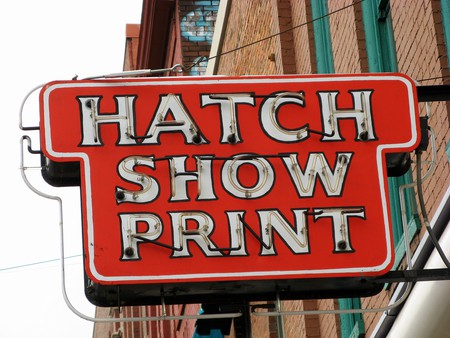 Whether you visit Nashville frequently or you’re headed there for the first time, there’s a good chance that you’ll want to pick up a souvenir or two to commemorate your time spent in Music City. And, admittedly, Nashville — like virtually any city that attracts visitors — is full of souvenir shops that primarily offer cheesy, overpriced knickknacks. However, if you know what to look for, Nashville also offers a plethora of locally made, one-of-a-kind souvenirs that you wouldn’t be able to find just by browsing the airport gift shop. Here’s a guide to the five best unique souvenirs in Nashville that anyone will appreciate.

Shop
Facebook
Email
Twitter
Pinterest
Copy link
Share
Map View
Operating since 1879, Hatch Show Print is a historic letterpress print shop whose unique posters can still be seen throughout Nashville advertising. As one of the oldest letterpress shops in the country, Hatch Show still creates every print with carved wooden blocks — the same method it used when the shop first opened over a century ago. You do not need to see more than a few Hatch Show designs to get a sense of the distinctive look that has characterized the shop (and continues to serve as a source of inspiration for graphic designers and artists) over the decades. Take a tour of the historic poster shop to see the presses operate firsthand or stop by the Hatch Show Print store to pick up a piece of Music City history for yourself.
Open In Google Maps
nashville, Tennessee, USA
Give us feedback

You may be familiar with Goo Goo Clusters, a Nashville candy speciality combining milk chocolate, caramel, peanuts and marshmallow nougat. And while these chocolate candies are certainly delicious — there’s a reason why they’re sold in nearly every gift shop in town — you may be less familiar with Olive & Sinclair, the only bean-to-bar chocolate company in the entire state of Tennessee. Take a tour of the factory to get an in-depth look at the process of handcrafting artisan chocolate, or drop in to pick up a bar (or a box of bourbon nib brittle). O&S products can also be purchased online or at many stores throughout Nashville. 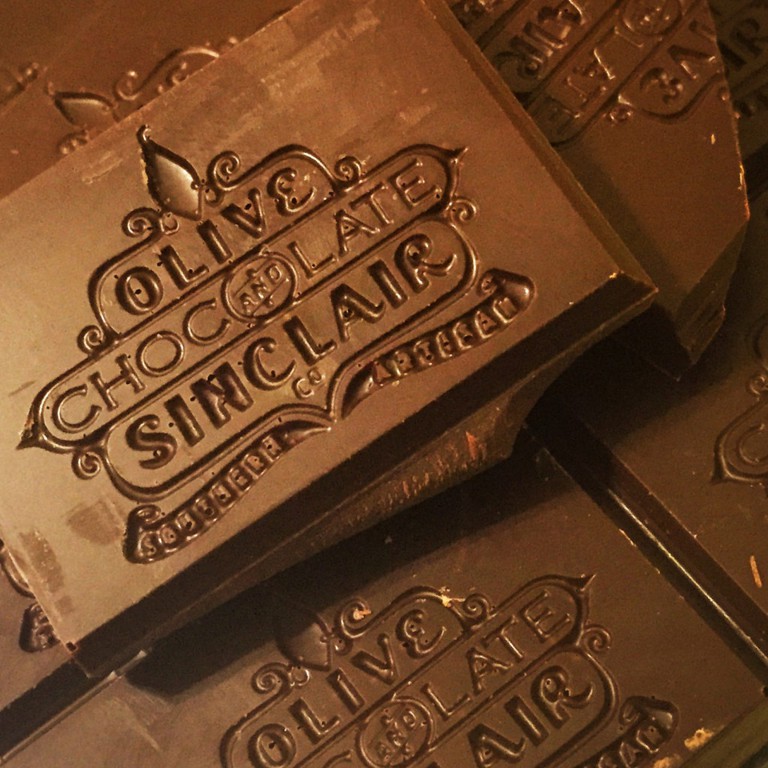 I Believe In Nashville T-Shirt

If you’ve driven around many of Nashville’s neighborhoods, including 12 South and Marathon Village, then there’s a good chance that you’ve spotted one of the wall murals with the words ‘I Believe in Nashville’ emblazoned with the stars of the Tennessee state flag. To many, these murals may represent merely picturesque backdrops for a social media post; however, they are actually indicative of a cultural movement in Nashville that was spearheaded by Music City native Adrien Saporiti. Saporiti created the first I Believe in Nashville mural in 2012 in an effort to demonstrate that the culture bounding Nashville together goes far beyond the ‘cowboy boots and rhinestones‘ that the city is known for. Soon enough, Saporiti also established an apparel brand, DCXV Industries (DCXV stands for ‘615,’ the city’s area code, in Roman Numerals), to further his mission to embody all of the nuance and thriving culture buried beneath the glitz of Broadway. Visit the DCXV Industries storefront in East Nashville to pick up your own ‘I Believe in Nashville’ T-shirt, mug, or sticker, or find one at many other stores and shops across town.

Record Your Own 6″ Record at Third Man Records

Music artist Jack White (of The White Stripes and solo fame) has cultivated a reputation throughout his career not only for his artistic prowess but also for his eccentricity. In a testament to his independent take on the music industry, the music legend launched his own record label, Third Man Records, in 2001; while initially based out of Detroit, Michigan, in 2009 White opened up a Nashville storefront. In addition to functioning as a label office, Third Man also houses its own record store, performance venue and novelties lounge. The novelties lounge is where you can find one of the most unique souvenir opportunities in all of Music City: the Third Man Record Booth. For $20, you can record up to two minutes of any audio you’d like on a refurbished 1947 Voice-o-Graph machine. Test out your musical chops or record a voice memo for a loved one; for an additional three dollars, Third Man will even mail your disc anywhere you’d like it to go. 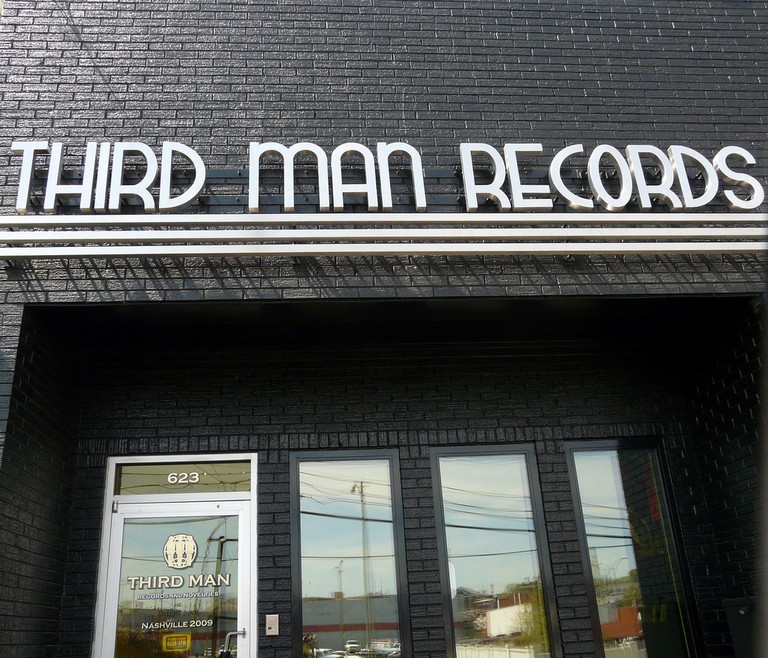 Wildsam is an American travel brand dedicated to ‘telling true stories of place.’ This commitment to cultivating the complex and true essence of American cities via storytelling is especially clear in the field guide series. Although these guides look like slim notebooks, they are actually full of a mixture of snippets of historical prose, interviews with local figures and recommendations for lesser-known restaurants, shops and activities that are favorites amongst locals. The Nashville field guide not only contains more than enough recommendations for food and drink to keep you satiated for your entire trip (and then some), but you’ll also find numerous hand-drawn maps of the city, from its live music venues to its parks and art scene and then some. Pick up one of these guides at the beginning of your trip to get a truly multifaceted perspective unlike any other tourist guidebook you can possibly find.

Note: the field guides can be purchased online or at a number of local retailers, including Parnassus Books, White’s Mercantile, and Crema Coffee.