Knoxville, TN | (c) CanonBaby2016/Pixabay
Home to the University of Tennessee, Knoxville is known for its college-town vibe. But there’s more to explore in Knoxville than just academic landmarks. Whether you’re traveling solo, with your family or for business, make sure you check out these 20 Knoxville attractions.

Constructed for the 1982 World’s Fair, the Knoxville Sunsphere is a 266-foot high steel structure with a 75-foot gold glass sphere. While private businesses make up the fifth-eighth levels of the Sunsphere, the fourth level has an observation deck that gives visitors a 360-degree view of downtown Knoxville, the Tennessee River and the Smoky Mountains.

Zoo
Accredited by the National Association of Zoos and Aquariums, Zoo Knoxville opened in 1971. It was the first zoo in the world to hatch endangered northern spider tortoises, and has birthed more red pandas than any other zoo in the world.
More Info
Open In Google Maps
3500 Knoxville Zoo Drive, East Knoxville, Knoxville, Tennessee, 37914, USA
+18656375331
View menu
Visit website
Visit Facebook page
Send an Email
Give us feedback

With more than 2,000 original artifacts on display, the Mabry-Hazen House is where three generations of the same family have lived since it was built in 1858. The home takes visitors through 130 years of Knoxville history. You’ll find the museum, which is listed on the National Register of Historic Places, atop Mabry’s Hill.

Located in the historic J.C. Penney building is Maple Hall. It’s an 11-lane bowling alley with a full-service bar, a live stage and a 2-lane private VIP room. The facility is also available to host parties and private events.

The Knoxville Museum of Art was designed by American architect Edward Larabee Barnes. It offers tours, workshops, outreach programs, artist residencies and more. In 2014, the museum unveiled a monumental glass installation by Knoxville artist Richard Jolley. The work is the largest figural glass installation in the world.

In 1832, Drury Paine Armstrong built a home on a farm for his family just west of downtown Knoxville. He named the property “Crescent Bend,” since it had a stunning view of a crescent bend of what is now the Tennessee River. This home was likely a safe house on the Underground Railroad, as descendants of Armstrong’s say that a hidden trapdoor beneath the main staircase may have led to a room where runaway slaves were kept. Crescent Bend House and Gardens has five fountains, nine terraces, and formal Italian gardens. The inside is filled with 18th-century antique furniture.

The Ramseys were one of the first families to settle in Knoxville, and were very involved in the local community. In 1797, Knoxville’s first builder, Thomas Hope, constructed the Historic Ramsey House using Tennessee pink marble and blue limestone. Today, the home sits on over 101 acres and has been restored and furnished to reflect the period of the Ramsey family’s occupancy. 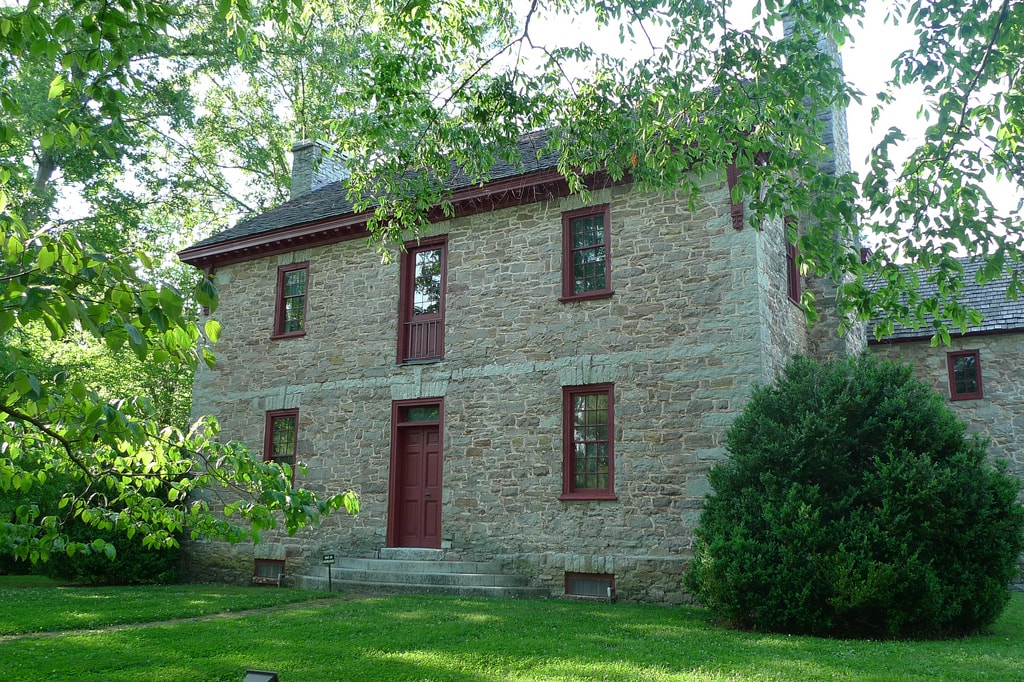 Botanical Garden
Located in East Knoxville, the Knoxville Botanical Garden and Arboretum was founded to preserve the history of the Howell family, who once owned the property in the late 1700s. American Revolutionary War veteran David Howell planted an orchard, where he began selling fruits and vegetables to local families. He also began selling trees, seeds and small plants to westbound settlers. In addition to display gardens on the property, there are also walking trails, historic horticulture and more than two miles of stone walls to explore.
More Info
Open In Google Maps
2743 Wimpole Avenue, East Knoxville, Knoxville, Tennessee, 37914, USA
+18658628717
View menu
Visit website
Visit Facebook page
Send an Email
Give us feedback

The founder of Knoxville was James White, who named the city for President George Washington’s Secretary of War, Henry Knox. He built the first log cabin in 1786, which was restored and opened to the public as James White’s Fort in 1970. More than 10,000 visitors tour the fort each year, which offers hands-on frontier living demonstrations such as blacksmithing, spinning, and open hearth cooking.

Created to provide educational opportunities for children and adults, The Muse Knoxville seeks to inspire and empower through science and art. The museum spaces and outdoor play areas include two exhibits that opened in 2016, called LIVE SMART: Stay Well! and STEM Station, as well as an outdoor playground within Chilhowee Park.

General Robert R. Neyland was the head football coach at the University of Tennessee from 1926 to 1952. Today, Neyland Stadium serves as the home of the Tennessee Volunteers football team, and also hosts large conventions. Since it was constructed in 1921 it has undergone 16 expansion projects, making it the fifth-largest stadium in the United States and the sixth largest in the world.

William Blount lived in Blount Mansion with his family and his slaves. He was a signatory of the U.S. Constitution, playing a large part in making Tennessee the 16th state. The mansion was made of timber, not rough logs like most homes in the area. It was originally built as a hall and parlor house with a half story loft. There is a detached kitchen, which is a recreation of an 18th century kitchen on the site of the original structure.

The Beck Cultural Exchange Center is a museum that has been designated the primary repository of black history and culture throughout East Tennessee. The historical archives include books written by African American authors, and exhibits that feature people and events that have played an important role in building up the African American community in the Knoxville area.

Husband and wife Brad and Joy Hamlett are the owners of Knoxville Chocolate Company. The shop sells chocolate bars with Tennessee designs, assorted chocolate boxes, Tennessee walking sticks, and even chocolate popcorn. Located in Historic Market Square, the company has been in business for more than 20 years. 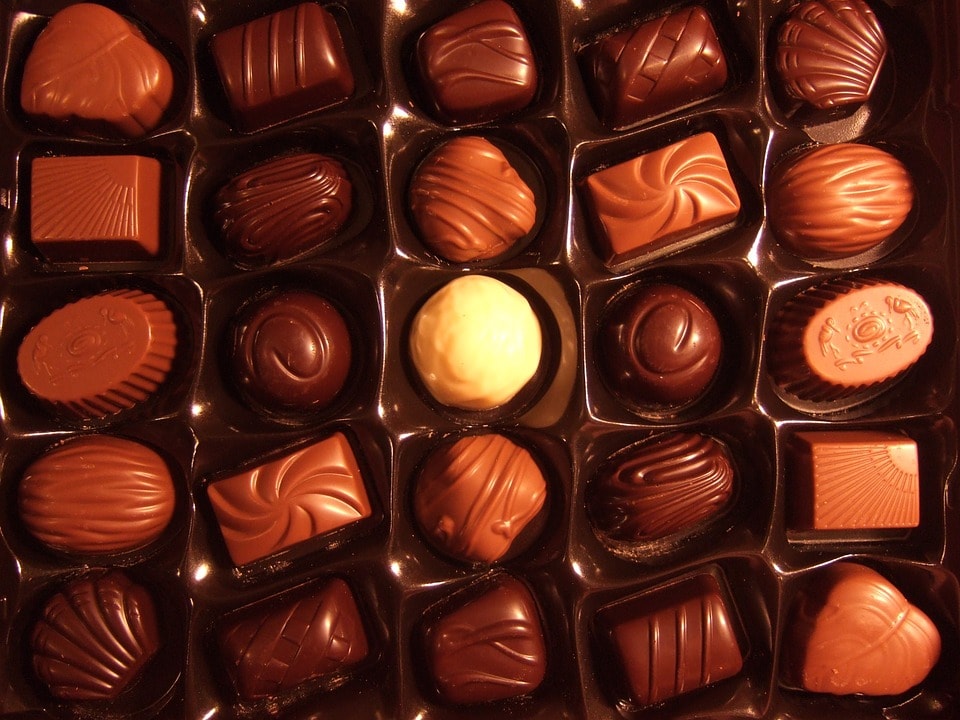 The East Tennessee Historical Society was established in 1834. It provides services and programs like lectures, family heritage programs, and geneology classes that introduce the public to the history of East Tennessee.

Also known as the Marble Springs State Historic Site, the Governor John Sevier Farm Home is where Revolutionary War Hero and Tennessee’s first Governor, John Sevier, lived in the 1800s. He called it Marble Springs because of the Tennessee pink marble and natural springs on the property. Visitors to the home can explore historic structures meant to represent the life and times of John Sevier. These structures include a tavern, a smoke house, and a detached kitchen.

Since 2000, the tourist train, Three Rivers Rambler, has been taking passengers from downtown Knoxville to the Tennessee River. The train depot is located near the University of Tennessee campus. 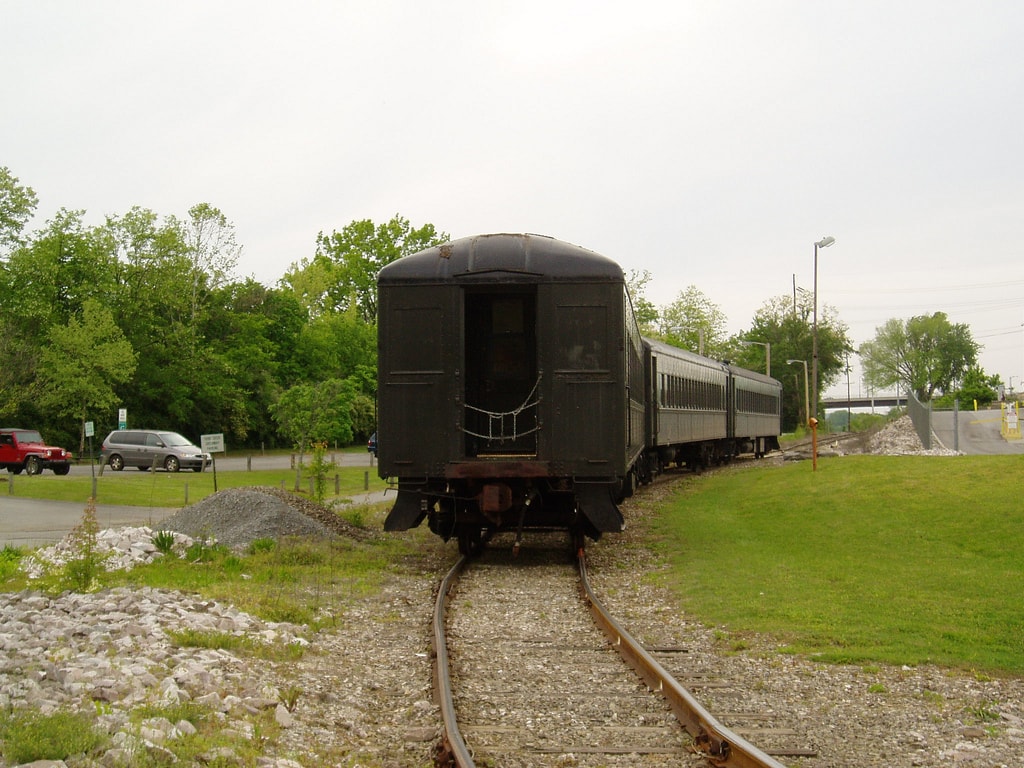 Early American Indians were the first to enter Cherokee Caverns, which began forming about 300 million years ago. The caverns were rediscovered by a farmer named Robert Crudington in 1854, and are currently under the protection of volunteers who help raise money for maintenance, upgrades, and preservation.