15 Reasons Why You Should Visit Memphis 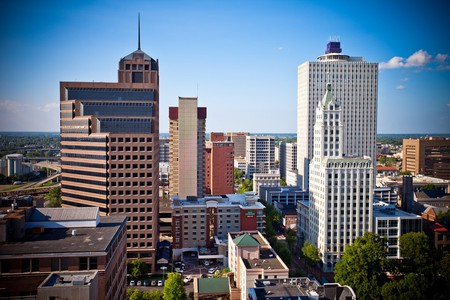 There are a couple things that come to mind when most people think of Memphis: blues music and barbecue food. And while those are two very good reasons to visit the city, there are tons of other reasons to take a trip to Memphis. We’re not sure why you need more convincing, but just in case you do, here are 15 reasons to put Memphis on your list of places to visit.

Beale Street is a happenin’ place

Named for a forgotten military hero and created in 1841, the most popular street in Memphis is Beale Street. It is here where the blues music scene began in Memphis and is a significant location in the city’s history. Back in the 1920s, Beale Street was home to several nightclubs, theaters, restaurants and pawnshops, which thrived among the darker parts of the area’s happenings, like gambling, voodoo and prostitution. Many blues clubs still exist and host live music on the downtown street, which periodically hosts festivals and outdoor concerts. 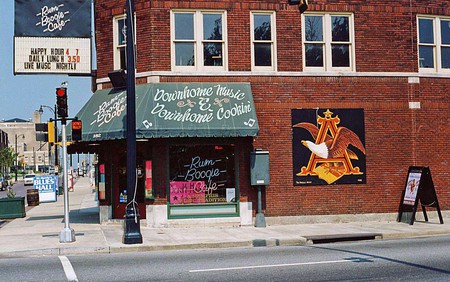 The cost of visiting is low

Residents and tourists alike both enjoy the affordability that Memphis offers. Housing costs are much lower than other large American cities, and the overall cost of goods and services is also low. Memphis is cheaper than other cities in Tennessee and won’t put a huge dent in the pockets of visitors who explore the city. There are many free things to see and do in Memphis, so whether you live there or are just passing through, you will have plenty to enjoy without breaking the bank.

Not only is Memphis famous for its barbecue, it’s well known for its dry rub ribs. You’ll find everything from pulled pork to fried chicken in BBQ joints across Memphis. Most of these dishes are slathered in sauces and seasonings, which are likely what give the city its reputation as the barbecue capital of Tennessee. 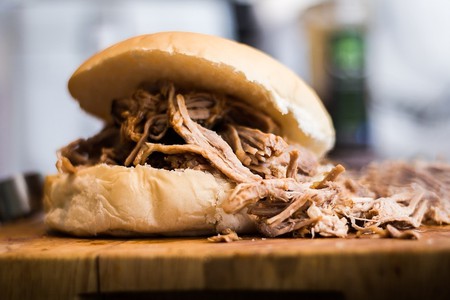 There is a significant history to learn about

Memphis has a rich cultural history that makes it a place saturated with museums and places to explore. The cotton economy of the 19th century led to large numbers of African American slaves, and Memphis also became the site of a slave market for the domestic slave trade. In addition to slave labor, the growth of arts & music, as well as other cultural happenings, are documented in the many museums and landmarks across the city. One such site is the Cotton Museum, which opened in 2006 on what was once the trading floor of the Memphis Cotton Exchange.

Elvis is still alive in the form of Graceland

Elvis Presley fans know that Memphis is where the King of Rock ‘n’ Roll once lived in the Graceland mansion. The home is now the second most-visited house in America, second only to the White House. It serves as a museum and holds many original decor and artifacts from when Elvis called it home, including a painting that was the last Christmas present he received from his father. Also displayed in the mansion are family photographs, and the Meditation Garden outside is where Elvis is laid to rest, along with members of his family. 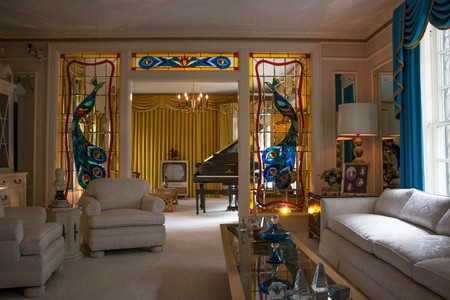 Southern hospitality is a timeless tradition

Receiving a warm welcome when you visit a city makes it more enjoyable. Memphis doesn’t fall short when it comes to offering visitors true Southern hospitality. Well mannered and considerate, Memphians are warm-hearted people who are happy to share stories, experiences and suggestions to anyone who comes to visit. You won’t have to worry about being treated unkindly or spoken to in a disrespectful way in Memphis. The inviting atmosphere of the city makes even short-term residents feel right at home. 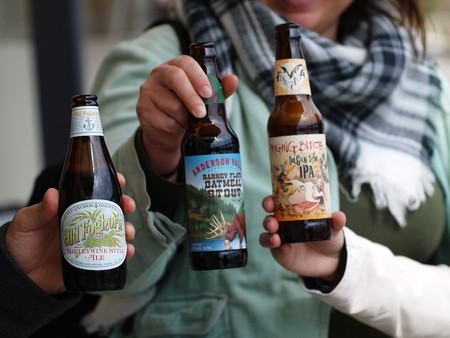 The great outdoors offer much to explore

With the nice weather that Memphis has most of the year, outdoor activities are plentiful. There are more than 60 miles of bike trails, including Shelby Farms Greenline, as well as an adventure park at Shelby Farms. Mud Island River Park has a riverwalk, a monorail, and pedal boats, as well as a hydraulic replica of the lower Mississippi River from Cairo, Illinois to New Orleans. Botanists and healthy living proponents will enjoy the Dixon Gallery and Gardens and the seasonal farmers’ markets.

Memphis in May has several events worth checking out

During the month of May, several events are held in Memphis, collectively known as Memphis in May. The main events are the Beale Street Music Festival, the World Championship Barbecue Cooking Contest, the Great River Run, and International Week. These events are meant to promote the city’s heritage and outreach beyond its borders. Several educational, international and economic programs are also held during the Memphis in May celebration. 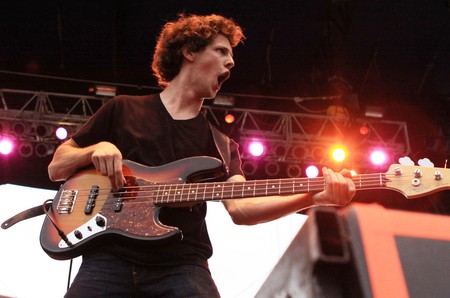 Established in 1906, the Memphis Zoo is divided into three zones that showcase 19 exhibits. These exhibits mimic animals’ natural habitats and a nearly two mile walk is required to view them all. The Memphis Zoo is home to more than 3,500 animals representing over 500 species. Some of the exhibits include Cat Country, Primate Canyon, Teton Trek, and China, which is home to two giant pandas. The zoo also has a carousel, a miniature train, gift shops, restaurants and a playground.

The weather is tolerable

Weather might not be the most important factor to consider when planning to visit somewhere, but Memphis’ subtropical climate does make a trip to the city a bit more enjoyable. There are four distinct seasons in Memphis, with precipitation distributed evenly throughout the year. Late thunderstorms are more frequent during the summer, but are usually brief. Though there can be high levels of humidity in the summer months, the highest temperature ever recorded in Memphis was 108 F (42 C) in 1980. 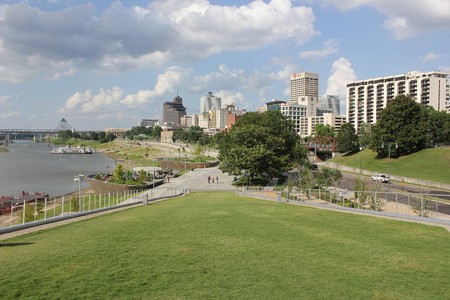 Sports fan are probably familiar with the FedEx Forum, which is the home of the NBA’s Memphis Grizzlies. The arena opened in 2004 and covers 14 acres. The interior was designed to honor Memphis’ musical heritage, displaying murals that depict musicians like Elvis Presley, Justin Timberlake and B.B. King. The forum was the first arena to utilize “see through” shot clock units and as of the 2011-2012 season, every NBA arena had implemented transparent shot clocks. In 2017, the Grizzlies announced a $1.8 million renovation, which includes a new HD scoreboard, new HD displays and new LED lighting, which are expected to be completed by the start of the 2017-2018 NBA season.

One of the best places to learn about Memphis’ history is the National Civil Rights Museum. It traces the history of the Civil Rights Movement from the 17th century to the present day. It is build around the former Lorraine Motel, where Rev. Martin Luther King, Jr. was assassinated. In 2014, the museum underwent renovations that increased the number of interactive exhibits. There are several vehicles on display at the museum, which include an International Harvestor Garbage Truck from the 1968 Memphis sanitation strike, James Earl Ray’s Ford Mustang and a bus representative of the Montgomery Bus Boycott. In 2016, the National Civil Rights Museum became part of the Smithsonian Affiliate family. 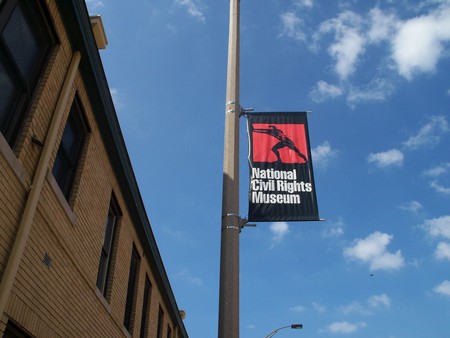 Blues music was born and continues to live in Memphis

The infamous Beale Street was once the hub of the Memphis music scene, where jazz and blues clubs lined the street by the 1940s. Today, several museums honor Memphis’ musicians and venues. Sam Phillips’ Sun Studio, where legends like Johnny Cash and Elvis Presley recorded, still operates as a recording studio and holds tours of the facility. The Stax Museum exhibits a replica of Stax’s original recording studio, as well as articles of clothing and instruments from famous musicians and the Cadillac Eldorado that Isaac Hayes was given in the movie Shaft. There’s also the Memphis Rock ‘n’ Soul Museum, which showcases several galleries documenting the history of rock ‘n’ roll and the present day global rock ‘n’ roll scene.

You Can Go “Walking in Memphis”

What’s really cool about visiting Memphis is that you can literally act out the scenes from the popular song, “Walking in Memphis” by Marc Cohn. You can visit the Jungle Room at Graceland, walk down Beale Street, and maybe even do it in the middle of the pouring rain. Being able to put yourself into a song isn’t something you can do anywhere, but in Memphis, you can. And the next time you hear the song play, you’ll be able to put yourself back in those places, re-living the moments over and over again.