The Bird is the Word | (c) Emily B. Hall
It’s hard to choose just one must-try dish in Nashville. That’s why we’ve decided on twelve. These are dishes that go beyond a normal meal and cross into creative menu items that portray the diverse food selection in Nashville. If you try anything from a local restaurant, it’s got to be one (or all) of these top picks. 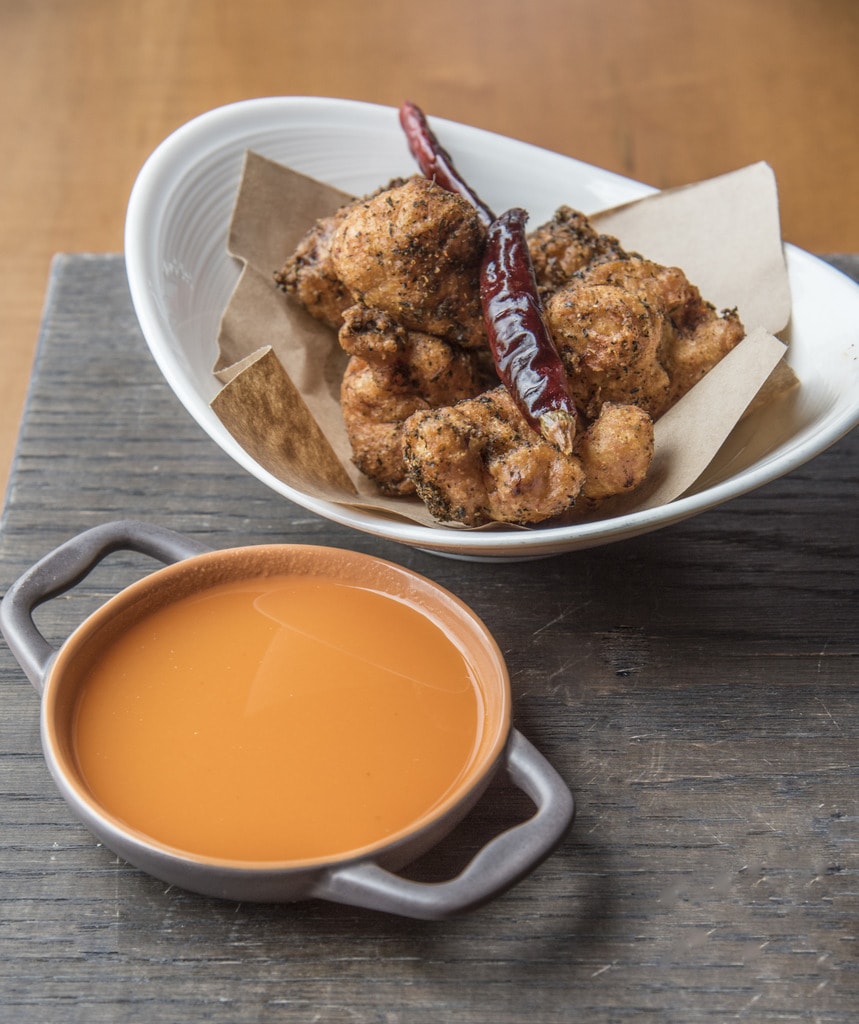 The bad news? The Slugburger from Hugh Baby’s BBQ & Burger Shop is only available on Fridays. The good news? It’s well worth waiting until the end of the week for. The burger is deep fried using ground pork and soy meal, then topped with pickles, chopped onions and mustard.

With more than fifteen flavors on the menu, it’s hard to choose which pancakes to enjoy at Pancake Pantry. But the sugar and spice ones are sure to please. Topped with powdered sugar and cinnamon, these sweet cakes are served with apple sauce and have just the right amount of spice.

A scrapple is a method of cooking that uses every part of an animal. Chef Andy Little of Josephine serves his scrapple three different ways: traditional, Nashville Hot, or in an eggs Benedict. Late American food writer Josh Ozersky even called Little’s scrapple one of the greatest things he ever ate.

Garganelli with Pork Ragout at Rolf and Daughters

Bring out your Italian side with a non-traditional plate of pasta. The flavors of pork, spinach and tomato come together for this pasta dish from Rolf and Daughters. Garganelli verdi is a spinach pasta that gets topped with heritage pork and sarvecchio.

The Bird is the Word at The Mockingbird

Southern dishes are all about toppings, condiments and sides. The Bird is the Word is a classic southern dish (with a twist) that checks all three of these off the list. Executive Chef at The Mockingbird, Brian Riggenbach, creates this by covering chicken fried chicken thighs in white chorizo gravy and serving it with salsa verde mashed potatoes.

The Bird is the Word (c) Emily B. Hall

Pudding is more than a term of endearment in Nashville. It’s also a delicious dessert offered by Midtown Cafe. The tasty Butterscotch Habanero Bread Pudding is made doubly delectable by being topped with vanilla bean ice cream and white chocolate sauce.

Made from 100% natural wagyu beef, the Greg Brady Burger is just one of the tasty items off the award-winning menu at Jack Brown’s Beer and Burger Joint. The burger impresses with its toppings- mac n’ cheese and BBQ potato chips. There’s no burger more southern than that.

Biscuits and Country Ham at The Loveless Cafe

Brunch for Two at Party Fowl

A meal and drink in one, Party Fowl serves the Brunch for Two, which is a Bloody Mary topped with hot Nashville chicken, scotch eggs, fried okra and avocado.