10 New Musicians Based in Nashville You Should Know 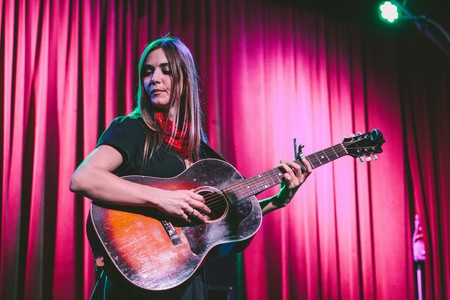 Hit a live music venue on any given night in Nashville, and you will find yourself surrounded with talent. But some of the best sounds to come from the city are those from up-and-coming singers and songwriters. Check out these 10 Nashville-based musicians who are rising to the top of the Music City music scene.

Ruby Amanfu was born to a musical family of five in Ghana. When she was three years old, her family moved to Nashville where she started writing songs. Ruby’s voice has a unique, raspy quality that has earned her many accolades, as well as helped her achieve incredible accomplishments. She’s toured and recorded with The White Stripes frontman, Jack White, performed at the Grammy’s, and even sang backup vocals on Beyonce’s “Don’t Hurt Yourself” song from her Grammy-winning Lemonade album. When Reese Witherspoon opened the Nashville location of her Draper James store, Ruby was one of the musical guests and models for the brand. She also appeared in an episode of the television show Nashville, where she played herself.

The first taste of my upcoming album is now available for download on @iTunes! I pretty much can't stop smiling. Pretty. Much. #Streetlights @applemusic http://smarturl.it/Ruby_SL

Born in New Jersey, but now a Nashville transplant from Pittsburgh, Steve Moakler moved to Music City in 2006. He has released three independent albums and is now gaining traction as one of Nashville’s most sought-after country singer-songwriters. In 2014, Dierks Bentley recorded one of Moakler’s songs, “Riser.” In 2016, he made his Grand Ole Opry debut and featured on Spotify’s “Spotlight on Country 2016” playlist. With his debut country EP set for release in March of 2017, Moakler has already received more than two million streams on Spotify for his song “Suitcase.”

Me? Just sitting on a curb shamelessly promoting my new favorite t-shirt from @threadco. Handmade in Nashville by two rad chicks. 🐥

The quintet known as Humming House is one of Nashville’s newest bands. The group’s sound combines bluegrass and folk, with heavy instrumentation using mandolins, fiddles, and acoustic guitars. Started by songwriter Justin Wade Tam in 2011, the group became complete after the addition of members Leslie Rodriguez and Bobby Chase. Released in March of 2015, Revelries was the first album the East Nashville band wrote and recorded. With a combination of sounds that showcases remnants of musical genres like jazz and blues, the album pays homage to the diverse musical backgrounds of its members.

#tbt to last year in Austin at our @gardenandgun SXSW porch session – we can't wait to be back in town tonight at Stubb's!

Drew Holcomb and The Neighbors

A little bit folk, a little bit country, and a few bits of bluegrass is the sound you get with Drew Holcomb and The Neighbors. The band’s origins come from Memphis and East Tennessee. Formed in 2006 by lead vocalist Drew Holcomb, the other members of the group are Ellie Holcomb (his wife), Nathan Dugger, and Rich Brinsfield. Drew originally began his career as a solo artist and recorded his debut EP in 2003. He married Ellie, who is the daughter of producer/songwriter Brown Bannister, in 2006. Shortly thereafter, Nathan and Rich joined the band. In 2008, the group released a 10-track album called Passenger Seat, followed by a 2009 tour. The group has released chart-topping albums, selling over 100,000 to date, and their songs have received 40 television placements for shows like How I Met Your Mother, Parenthood, and Criminal Minds. 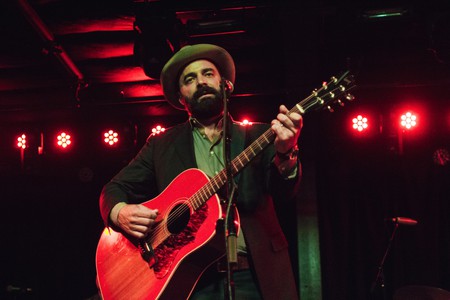 Southern-bred Rebecca Roubion is a sweet-voiced songstress so enchanting that she has found success as a songwriter, penning tunes like “Break,” which made it onto the show Bones, as well as her song “What Love Looks Like,” which aired on the 2015 season finale of Pretty Little Liars. Her folk-pop sound is vulnerable and raw and offers a variety of tunes ranging from emotional ballads to quirky, uppity, piano-led melodies. Rebecca is making a name for herself among the Nashville music community, earning praise from media outlets like NPR Music and Music City Roots.

"Sometimes" unveiled on @itunes / @spotify today! Check it out at #linkinbio #sleeplessnights #sometimes #itjusttakessometime big thanks to @danfernandez for writing this tune with me! @dualtonerecords

Husband-and-wife duo Joe and Kristen Sins, better known as The Sins, epitomize country music with their authentic voices and honed musicianship. They have graced the stages of fairs, festivals, vineyards, and casinos, and have performed at events for members of U.S. Congress and the Tennessee State Senate. Having toured all across the U.S., and now working with Dolly Parton’s producer, Kent Wells, the couple performed with Billy Dean at the Country Music Hall of Fame in 2016 and will be releasing a new single from their album Nowhere Oklahoma in 2017. 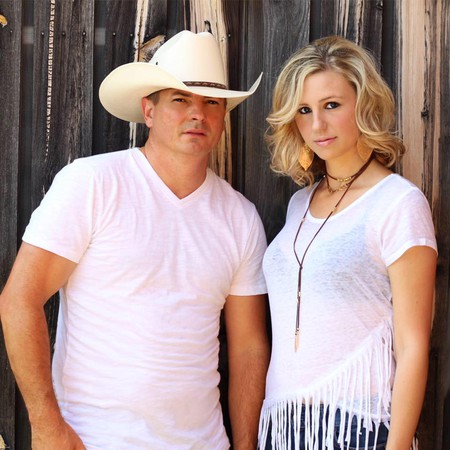 Rolling Stone magazine says that Sarah Potenza “is to the blues what Adele is to pop.” Her raspy, gritty vocals got her all the way to season eight of the popular singing show, The Voice, where she got all four judges to turn their chairs. The self-proclaimed “badass fatass” writes rock ‘n’ roll songs with a roots influence alongside her husband, Ian. Her debut album is titled Monster and features 11 original songs full of bluesy, rockin’ emotion.

But this jacket though

Adam Agin and William T. Cook are the guys behind Neulore. Formed in 2009, the two use real-life stories from their childhoods to craft broken memories into catchy, upbeat songs with a pop and alternative rock edge. When it comes to their first album, the duo compares the theme of it to the struggle between good and evil – a war between the angel on one shoulder and the devil on the other. Agin and Cook are working with Nashville-based producer Konrad Snyder and will be releasing an EP, titled Reruns, in April of 2017. In 2013, their song “Shadow of a Man” premiered on the show Grey’s Anatomy. 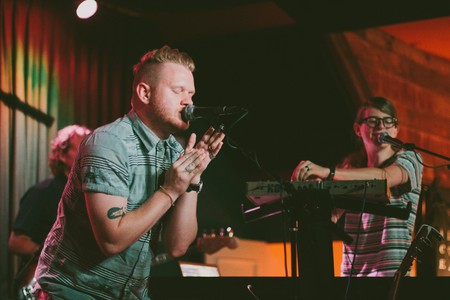 Born into a musical family (her parents are Kathie Baillie and Michael Bonagura of Baillie & The Boys) outside of Nashville, Alyssa Bonagura was on her first tour bus, rocking in a baby cradle, at just three weeks old. By age 16, Alyssa landed her first tour, opening for Marty Stuart. After high school, the singer-songwriter attended Paul McCartney’s Liverpool Institute for the Performing Arts (LIPA) in England on a full scholarship. Upon graduating from LIPA and returning to Nashville, Alyssa signed a publishing deal with Rondor Music. Artists like Steven Tyler, Jana Kramer, and Jessie James Decker have covered her songs. Her song “I Make My Own Sunshine” was featured in a Lowe’s commercial, earning over one million plays on Spotify.

Her newest album, The War Inside (2015), is a pop-rock, indie-Americana compilation of Jill Andrews‘ personal journey of progression. Touching on her Appalachian roots, Jill features friend Seth Avett in a duet on the tune “I’m So In Love With You.” She worked with producer Will Sayles, spending time experimenting with sounds that tied together her natural affinity for folk sounds with more diverse ones. She has also released two other albums: The Mirror, released in 2011, and her six-song, self-titled EP, which came out in 2009.