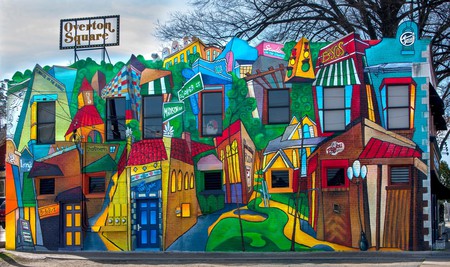 The creative spirit of Memphis isn’t limited to blues music. The art community is also thriving. These emerging Memphis artists are paving the way for the future of the city’s art scene, which encompasses a variety of mediums.

While working in public relations, Sue Layman Lightman felt something tugging at her. She believed that God had different plans for her so decided to follow that tugging, which led to her pursuing a career as a contemporary artist. In the beginning, Sue created her paintings as a way to find fulfillment and purpose. Today, she is the owner of Sue Layman Designs in Memphis. Her work incorporates bold shapes, bright colors and unique dimensions. Each piece tells a story using symbolism and inspires Sue to keep creating. 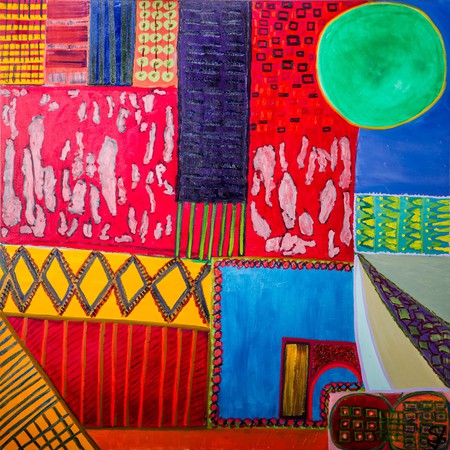 Artist Gino Pambianchi earned his degree in illustration from Memphis College of Art. He is an illustrator, screen printer and designer. 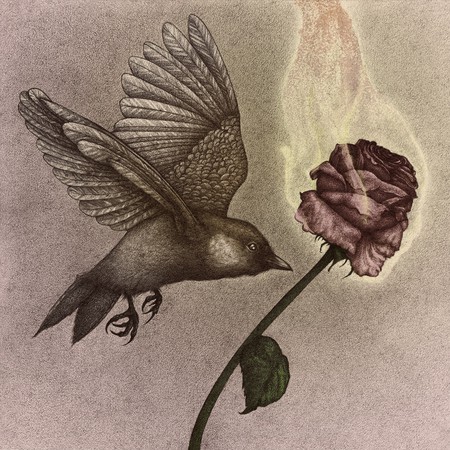 While she was born in Mexico City, Yancy Villa-Calvo has lived with her family in Memphis for 20 years. She is a multimedia artist who received her formal art education at Christian Brothers University and Memphis College of Art. She has lived in and traveled to Latin America, Europe and Africa. Yancy finds inspiration for her work through God, her family, her Latin background and different cultures. Her work is displayed in private collections across the U.S., as well as Mexico, Brazil, Israel and the Netherlands. Yancy’s art focuses on important issues, as she seeks to create awareness and provoke conversations on equality and social justice. 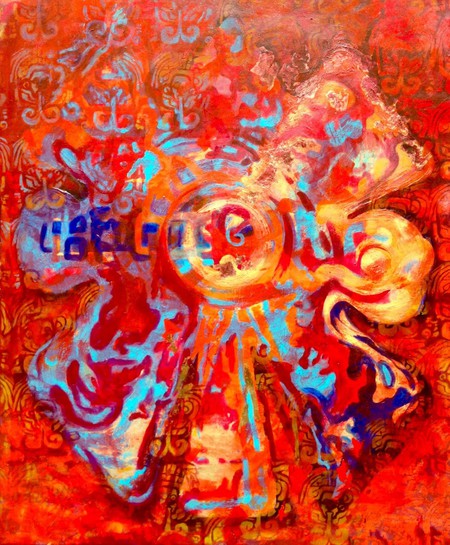 With a Bachelor of Fine Arts degree from the University of Missouri and a Master’s degree from Memphis College of Art, Cat Pena is a Memphis artist who uses her work to bring self-awareness and attention to social issues. She does this using installations, performances and social sculptures that combine art and public spaces. Her work has been displayed at exhibits throughout the United States and she has received public art commissions from the Downtown Memphis Commission, Dixon Gallery and Gardens, and the Tennessee Department of Transportation. In 2014, Cat founded a public art platform called Collabortory, which expands public art practices through collaborative projects. 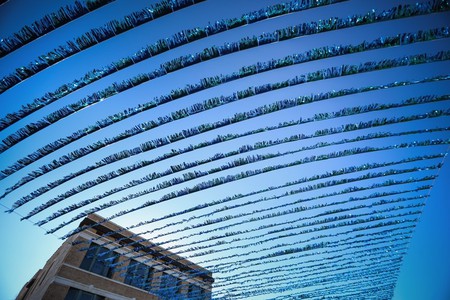 There's More To Be Proud Of / (c) Catherine Pena

The unique process that Eunika Rogers uses for her art involves umber, sienna and ochre clay deposits that she collects from across America and Europe. The clays provide the staining pigments that make up the imagery of her painted pieces. As a hiker and trail runner, she paints with clay that she digs up on her travels, drawing inspiration from nature and the female body. She travels with a Ziplock bag and camera to document her process, and paints from photographs that she takes. 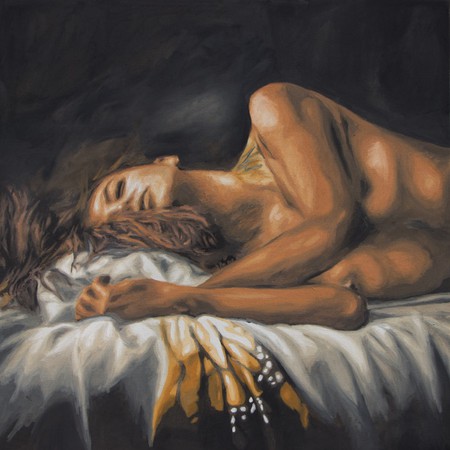 Professional painter David D. Lynch studied art at the University of Memphis, but began drawing at an early age. His natural talents and passion for creativity led to her career as a professional painter. His work has been featured in two children’s books, on the cover of Memphis Downtowner Magazine, in 2017 visitor maps for Destin and Walton, Florida, and as the CD artwork for Freeworld’s album, From the Bluff.

Colombian born Nelson Gutierrez has been focusing on two and three-dimensional pieces of art since the early 1990s. He received a Bachelors Degree from Universidad de Bogota Jorge Tadeo Lozano in Colombia, and a Masters of Fine Arts from Chelsea College of Art and Design in London. His artwork addresses sociopolitical issues like longing, fear, grief and vanity. Nelson creats artwork in a variety of mediums, using materials like charcoal, ink, wood, metal, wax and glass. His work has been displayed at the Clough-Hanson Gallery at Rhodes College in Memphis. 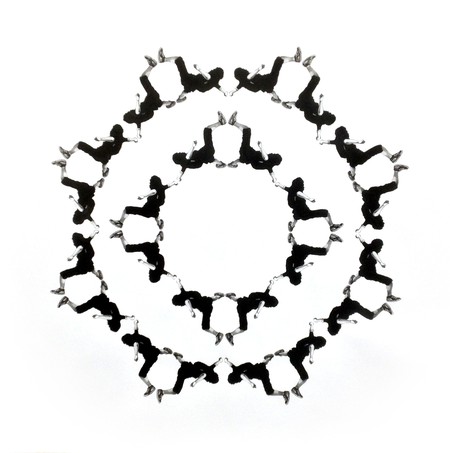 As the daughter of a Cuban-American, Emily Ozier finds inspiration for her work through her genetic roots. She studied with an Impressionist master in Italy, focusing on a method used by Impressionist painter John Singer Sargent. In 2014, Emily attended training at Harvard, in order to deepen her understanding of how the intersection of the arts and learning comes together. Her work can be found in public and private collections both in the U.S. and in London. With six children and a husband on a large piece of land, Emily compares her life to that of an Impressionist painting, saying it is “loose, lively and full of color.”

Up close and Personal.

Designer, illustrator and artist Jay Crum was born in New Orleans but currently lives in Memphis. He received a Bachelor of Fine Arts degree in printmaking, and a Master of Fine Arts from Memphis College of Art. In 2007, he co-founded a small studio, Taropop, that produces t-shirt designs and limited edition art prints. His work has been displayed at exhibits in Memphis, Rome, and Barcelona. 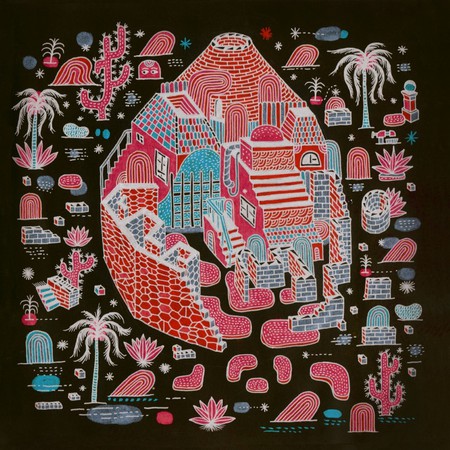 While attending Memphis College of Art, Glenda Brown studied with Fred Burton, Fred Rawlinson and Kathryn Manzo. She and Manzo founded the Contemporary Realist Academy in 1998, where she painted four nights a week for almost five years. That same year, Glenda submitted work to a show in Montgomery, Alabama, taking home the grand prize for the American Society of Portrait Artists. This award marked the beginning of her career as a portrait painter. After years of painting on canvas, Glenda discovered how to paint on copper. She sands, grinds and cuts heavy gauge copper sheets for each of her paintings, carefully preparing the surface for holding oil paints. Glenda has been featured in The Commerical Appeal, International Artist Magazine and Germantown Charity Horse Show magazine. 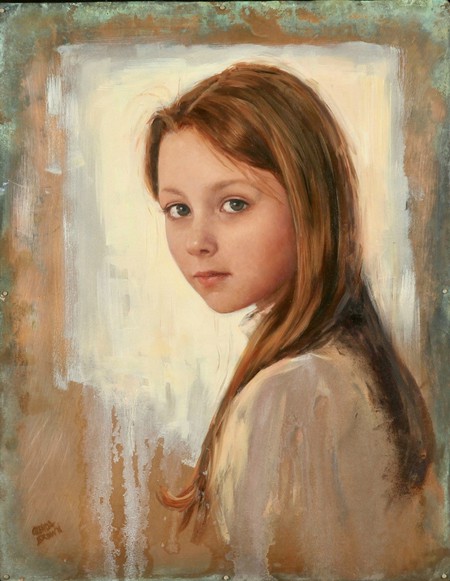