A Brief History Of Mount Rushmore 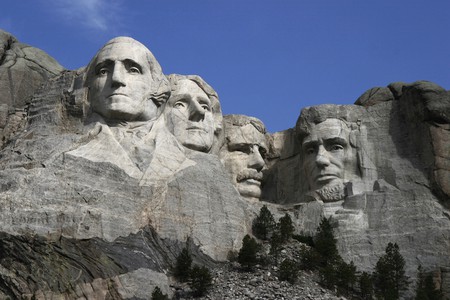 In 1884, a New York lawyer named Charles E. Rushmore traveled to South Dakota‘s Black Hills National Forest in search of possible mining sites. Upon discovering a nearby mountain, he asked a local man its name, to which he replied that it did not have one – the mountain was named Rushmore Peak, after Mr. Rushmore; it would later become Rushmore Mountain, and finally, Mount Rushmore.

The history of Mount Rushmore – America’s iconic national memorial and gigantic, cliffside-carved sculpture – extends back to the early 1920s when South Dakota historian Doane Robinson proposed a plan that he believed would draw tourists to the Black Hills region. His plan included sculpting the faces of some of America’s most famous heroes into the natural, granite pillars known as ‘The Needles.’ In 1924, Robinson contacted Gutzon Borglum, a popular sculptor who was currently working on a similar project in Georgia. Fortunately, Borglum’s relations with the project managers had gone sour, and he abandoned the Stone Mountain Project for Robinson’s South Dakota project. Robinson originally suggested including Native American Chief Red Cloud as one of the faces in the project; however, Borglum suggested including George Washington and Abraham Lincoln to attract more national attention and draw tourists. Shortly after, Thomas Jefferson and Theodore Roosevelt were added to the roster. 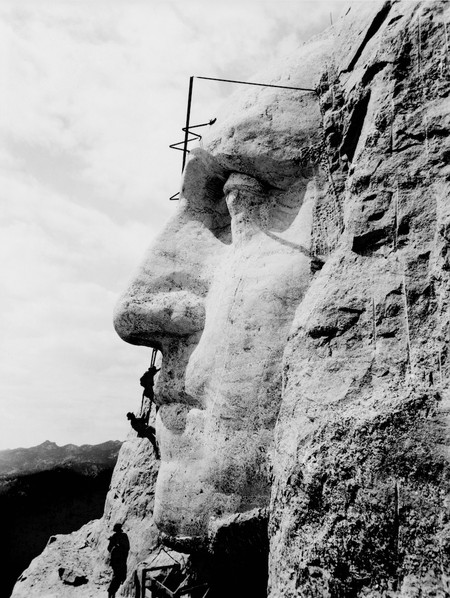 The following summer, Borglum searched for what would be the site of the monument; he visited the Black Hills, deciding on Mount Rushmore as the location of the project. The monument received criticism from naturalists and Native Americans, who believed it was a ‘desecration of the natural landscape’; despite this, Robinson continued to work relentlessly to secure funding. President Calvin Coolidge, who had visited the Black Hills region for vacation, decided to give a dedicated speech at Mount Rushmore on August 10, 1927, after the sculptor convinced him to do so; later that year, he passed a bill that would allot $250,000 for the project along with the Mount Rushmore National Memorial Commission to help with its completion. 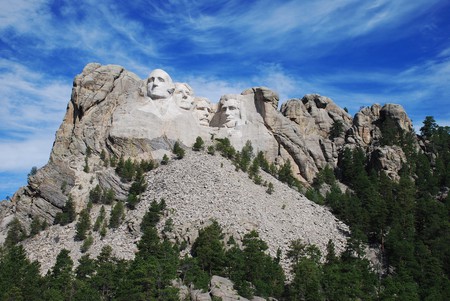 More details Mount Rushmore, showing the full size of the mountain and the scree of rocks from the sculpting and construction | © Bbadgett/Wikicommons

With the help of 400 workers working under dangerous conditions, including dynamite and pneumatic hammers, 450,000 tons of granite were blasted and removed from the cliffside, placed in a heap at the base of the mountain – this can still be seen today. The design, completed in phases, originally included the upper portion of the presidents’ bodies; however, due to a lack of funds, the project came to a halt after the final head was completed in 1939. Washington was dedicated July 4, 1930; Jefferson, August 1936 (after being moved from the right of Washington’s head to the left); Lincoln, September 1937; and Roosevelt, July 1939. The final dedication, which concluded the project, was held October 31, 1941; unfortunately, Borglum passed away earlier that year and wasn’t able to see his plans come to fruition. Today, the ‘Shrine of Democracy’ at a mere 60 feet high is an international tourist attraction, bringing in over two million visitors every year.