Welcome to the Real-Life Kwik-E-Mart

Fans of the hit animated series The Simpsons can now buy Squishees, Lard Lad Donuts and Duff Beers at a genuine Kwik-E-Mart. The location of Springfield might be one of the best-kept secrets on TV, but the real-life colorful convenience store isn’t that hard to find. 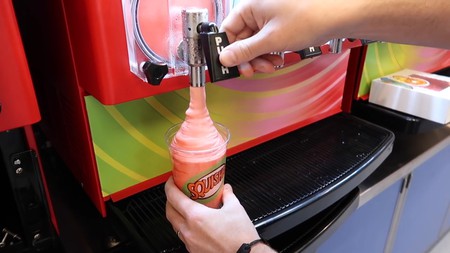 The location of Springfield, the home of The Simpsons and their wide-array of friends and associates, is unknown. Fans have speculated where the town might be found, but the Kwik-E-Mart itself now has a permanent venue in Myrtle Beach, South Carolina.

In the show, the store is run by controversial character Apu Nahasapeemapetilon and frequented by Homer Simpson and the rest of his family. The Simpsons has a huge international fanbase and recently became the longest-running sitcom in the world.

One famous episode saw wild child Bart embark on a “Squishee bender” after a sugar rush from the frozen drink. The store also has its own infectious theme song in the form of the superb ‘Who Needs The Kwik-E-Mart?’ from season 13 of The Simpsons.

The series inspired a spin-off feature film in 2007, and the Kwik-E-Mart appears to have inspired a cinematic production of its own. The Simpsons in 4D attraction has opened next door to the store, offering visitors the chance to watch a short film and experience an immersive motion ride at the Aztec Theater. 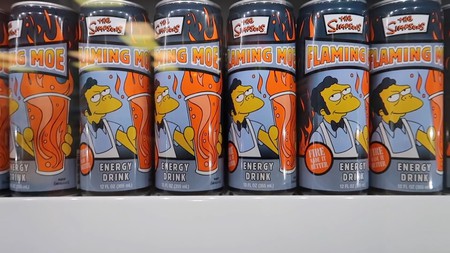 Myrtle Beach is already a popular destination with tourists, and boasts a 60-mile (97-kilometer) stretch of beach known as The Grand Strand. A celebrated boardwalk opened in 2010, boosting visitor numbers even further and a wide variety of annual events are held here. Thanks to its Atlantic coast location, the climate is regarded as being sub-tropical throughout the year.

The permanent replica of Apu’s store also sells a variety of official Simpsons merchandise, although it’s probably worth checking to see if they have any Bort fridge magnets in stock before visiting.