The Best Pet-Friendly Hotels to Book in Charleston, South Carolina 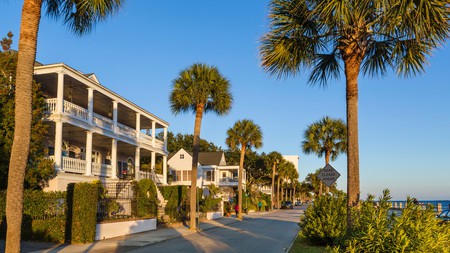 Explore the pretty waterfront in Charleston with your pup, then check into a pet-friendly hotel | © Ian Dagnall / Alamy Stock Photo

Antebellum allure, Southern sass and deeply rooted indigenous Gullah-Geechee culture form a triad of charisma that gives Charleston its unique character. It’s a testament to a city that has seen it all – slavery, Revolutionary War, Civil War, hurricanes, fires – and somehow managed to persevere despite whatever obstacles history has thrown its way. Like fellow American cities Savannah, Mobile and New Orleans, Charlestown offers a historic district that dishes up a dazzling and diverse arsenal of preserved architectural styles, giving the city a rare Old World charm by American standards. And Spot won’t want to miss it – here are the best pet-friendly hotels in Charleston, bookable with Culture Trip. 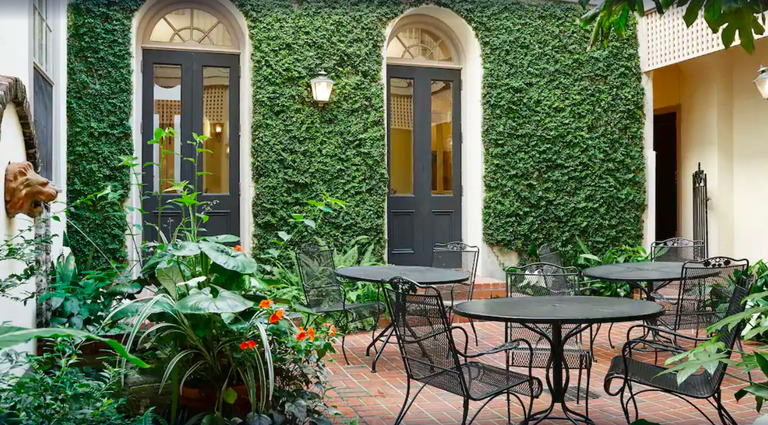 This charming boutique hotel occupies one of Charleston’s oldest buildings on King Street in the Antique District. Of the 41 guest rooms and suites, just a few are dog-friendly, and the $40 surcharge is a small price to pay for the precious photo opps afforded of Rover sniffing around original fireplaces, lounging about four-poster mahogany beds and scampering around leafy interior courtyards – the hotel boasts three. Each evening, wine and cheese are served, too – what dog doesn’t love a bit of brie in the evening? 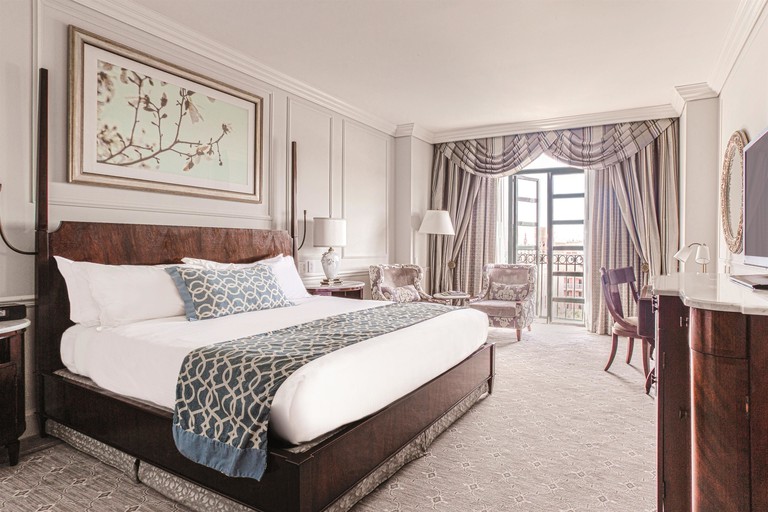 Courtesy of Charleston Place, A Belmond Hotel, Charleston / Expedia
One of the top luxury addresses in Charleston, the Belmond Charleston Place welcomes both dogs and cats to the property – but it does indeed cost a pretty penny to introduce your beloved pets to its Georgian-style lobby. For an additional fee of $150 per stay, your canine and feline companions bag treats and a water bowl, and for a paltry $30 more per hour they’ll even pet-sit while you gallivant around the Historic District – we said it was pet-friendly not wallet-friendly – or dine out at the locally legendary Hyman’s Seafood next door. 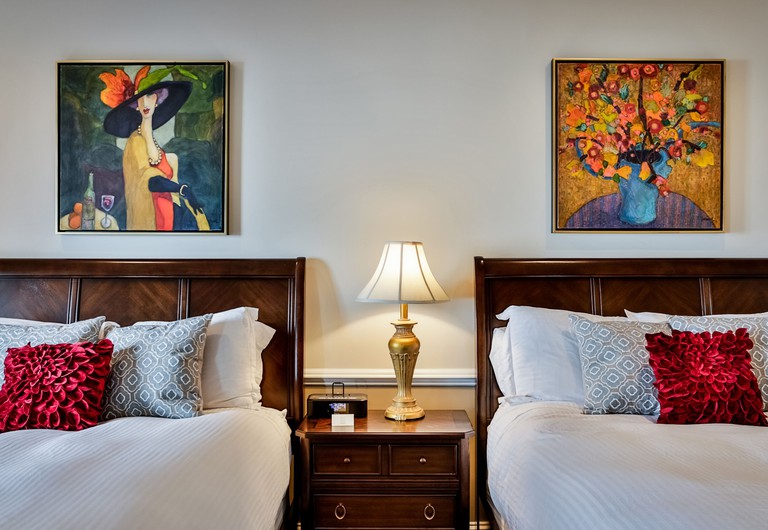 Courtesy of the Vendue / Expedia
The artsy Vendue combines two unique Charleston boutique hotels – 19 Vendue and 26 Vendue – which sit across the street from one another and were created from a series of historic warehouses dating to 1780. Due to its goal of being the only dedicated art hotel in Charleston, over 300 pieces of original art are found throughout the property. The Vendue allows dogs (no more than two) up to 50lb (23kg) in their Interior Queen, Interior King and Interior Double Queen room types – no jumping on the furniture or beds, please – a privilege that runs $95 per stay. 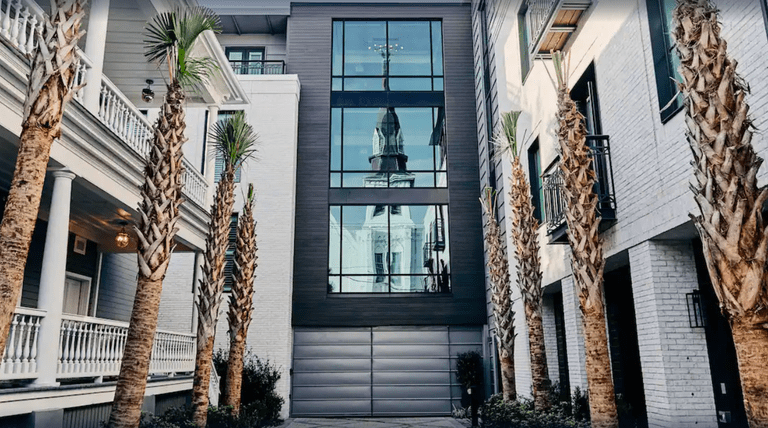 In the historic Delaney House dating to circa 1830, Hotel Bella Grace offers 50 guest rooms, bridging the gap between a modern boutique hotel and 200 years of Charleston history. Originally built as a single-family home, the Delaney House was sensitively restored, and features rooms with full kitchens, Italian coffee machines and living rooms. Getting your pet in the door is costly – $150 non-refundable fee per stay – and is subject to a 25lb (11kg) weight limit, which is just about how much weight you’re likely to gain after eating at the recommended in-house seafood restaurant, Delaney Oyster House. 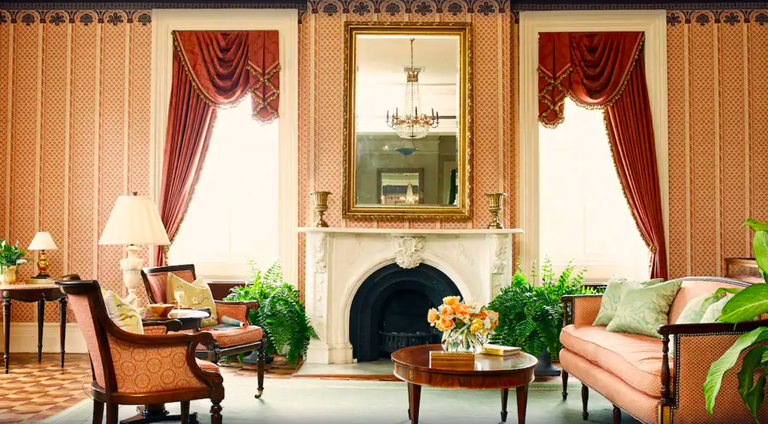 John Rutledge, an 18th-century American legislator and Supreme Court Justice from Charleston, may have held questionable political beliefs, but he was surely a dog lover. This historic hotel, occupying his former home dating to 1763 and registered as a National Historic Landmark, is the bee’s knees when it comes to four-legged travel. Pet fees are built into the room rates in their secluded Carriage House, but this elegant accommodation choice ups the ante with $30 gift cards to both pet-friendly Brown Dog Deli and Woof Gang Bakery, a shop/bakery/day spa for furry friends. 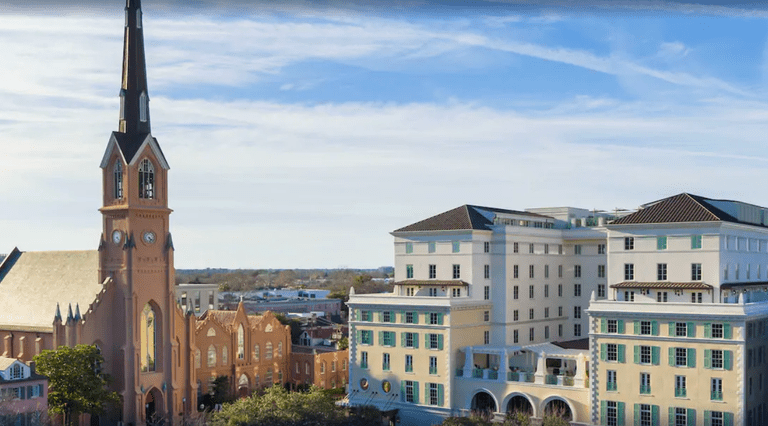 Marrying native Charlestonian architecture with a classic European ethos across 179 rooms and suites, Hotel Bennett is one of the city’s most luxurious choices for both you and your pampered pup. Pet-wise, a maximum of two 25lb (11kg) doggos are allowed per guest room but are excluded from public areas except the outdoor seating areas of the hotel’s dining outlets. Champ could do worse, however, than a bit of shrimp and grits on the outdoor dining terrace at Gabrielle, which overlooks historic Marion Square. A non-refundable $200 cleaning fee applies, which makes the Bennett the least friendly on your dog’s wallet. 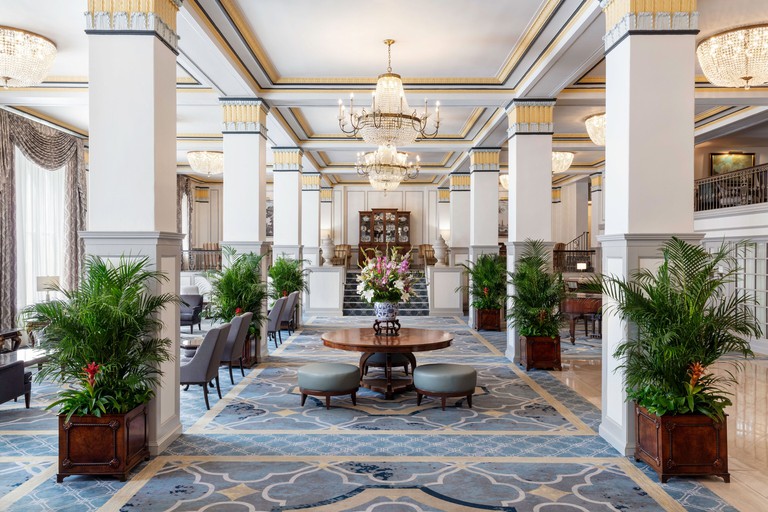 Courtesy of Francis Marion Hotel / Expedia
In the hospitality game since 1924, the landmark Francis Marion Hotel frames exquisite views across the city’s church steeples, historic mansions and the Charleston Harbor from its prime location in the Historic District. Small-breed dogs are welcome to share in the view, too, as pups under 25lb (11kg) can bed down on the second to fourth floors of the hotel – your pug may need a stepping stool to reach the window. Though the non-refundable pet cleaning fee is priced at a far more reasonable $50, it’s charged daily, so the length of stay will determine if the dog days are worth it. 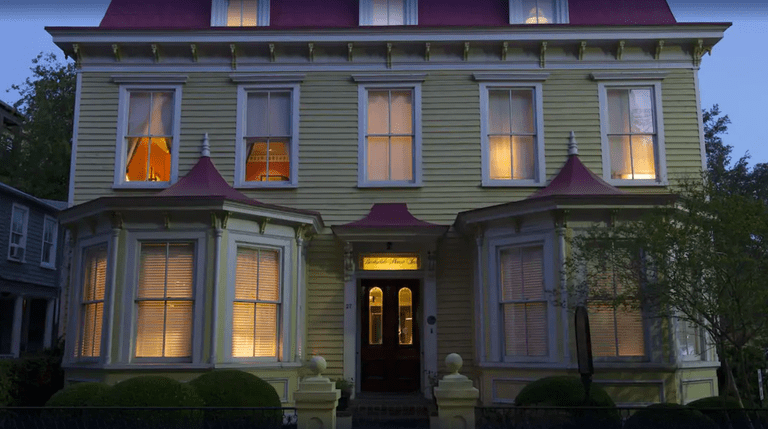 Far and away the best deal on this list, the intimate Barksdale House Inn – pun unintended but conveniently coincidental – will take your pet on a trip back in time to the Federal Period of the early 19th century for the bargain basement price of $20 per night. The canary-yellow, Regency-style home offers just 14 individually decorated rooms, each ready to bowl you over with some combination of four-poster beds, marble fireplaces and period furniture. Located less than 546yd (500m) from Marion Square, there’s plenty of green space nearby for Fido to frolic.