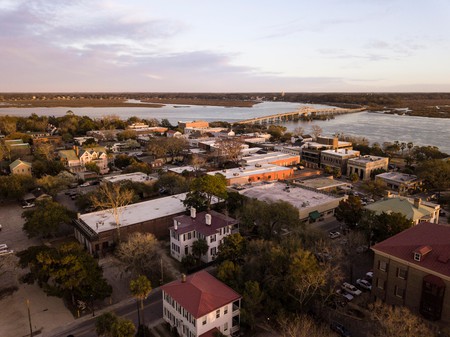 Coined ‘Little Charleston,’ Beaufort boasts all the charm of its sister city without the crowds. Here are five reasons to visit.

Seafood, Spanish moss and Southern hospitality are three things that characterize South Carolina. If you’re seeking somewhere in the Palmetto State to wind down with a salty breeze surrounded by centuries-old Antebellum architecture, fix your focus on Beaufort. In addition to boasting some of the prettiest views in the Lowcountry, here are five more reasons to visit the second-oldest city in South Carolina.

Just 1.5 hours from Charleston, it’s perfect for a day trip

Charleston, Savannah and Beaufort are Southern landmark cities that were all developed around the same time, “but they have three totally different vibes,” explains Peach Morrison, the director at SC Lowcountry & Resort Islands Tourism Commission. She says if the “Colonial Sisters” of the South had personality traits, Beaufort would be the middle sister “because she’ll put her pearls on… but she’ll also get in the truck, back the boat out into the water and go get shrimp for supper. A little more laid-back, a little less high-maintenance” than Charleston and Savannah. Take a short drive down the coast from Charleston to see for yourself. 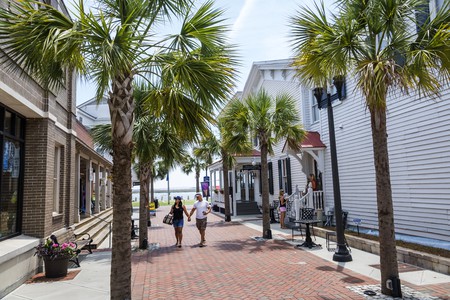 The town has waterfront dining with the freshest seafood

Crawfish and oysters and gumbo, oh my! From high-end dining to low-key meals, there’s certainly no shortage of seafood in Beaufort. Take in the view from a sunset boat ride or morning tour from a local fisher. At The Ribaut Social Club, fresh local seafood is prepared daily. “If you go fishing during the day, you can bring back what you catch, and the chef will prepare it for your dinner, which you can enjoy on our front porch overlooking the Beaufort River and take in a marvelous sunset,” says owner Amy Lesesne. “Talk about fresh seafood with a view.” 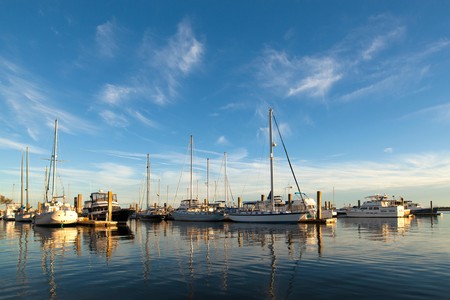 Chartered in 1711, Beaufort is home to some of the oldest architecture (and ghost stories) in the South

Stroll down streets shaded by weeping willows to one of the most photographed homes in the South, the Joseph Johnson House – known locally as ‘The Castle.’ Shortly after it was built in the late 1850s, owner Dr Joseph Johnson was forced to give up the home as it needed to become a hospital to treat Union soldiers injured in the war. He buried silver and china in the backyard, and years later, he used this treasure to buy back his home. At over 150 years old, it’s no surprise that the house carries ghost stories, too. See if you can spot Gauche, the friendly house jester from 1562, lingering around outside. 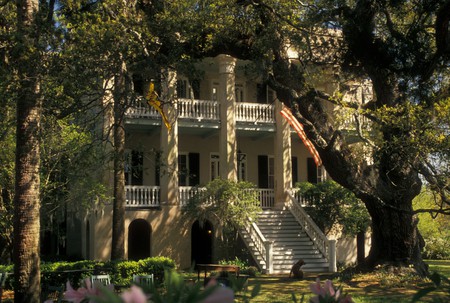 It’s charmed with storied porches on every corner

Southern porches will never go out of style, with many in Beaufort still featuring original Victorian-era elements like jib doors, made for meandering through from outside into the living area. Beaufort residents also carry on traditions such as painting their porch ceilings haint blue (pale blue-green) – a Gullah superstition said to keep evil spirits out of the house – and having second-story sleeping porches that catch a breeze from any angle. Anchorage 1770 owners Frank and Amy Lesesne saved the nation’s oldest and largest tabby structure by turning it into a beautiful bed and breakfast; it has large porches offering vistas peering over the Beaufort River. Throughout the town, Spanish moss frames porches painted every color of the rainbow. See if you can pick out your favorite rocking chair. 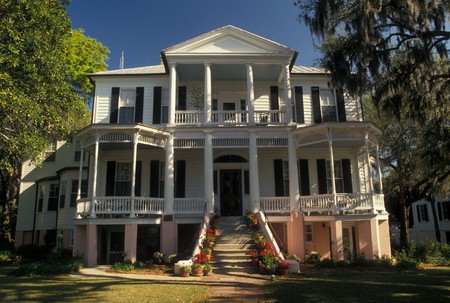 Head over to the Pat Conroy Literary Center in town to sit in the handsome leather chair at the desk where the beloved author wrote works such as The Great Santini (1976) and Beach Music (1995). Conroy spent most of his life living in the South and once said: “When I came to Beaufort, South Carolina, and saw this landscape, I came to the landscape I was born to write about. I could not personally believe how beautiful, how exquisitely lovely this place was.” The author is buried at St Helena Memorial Gardens nearby, while the Pat Conroy Literary Center celebrates what Conroy called “the transformative power of story.” His writing weaves vivid imagery of the South through stories that you can actually walk through in Beaufort.