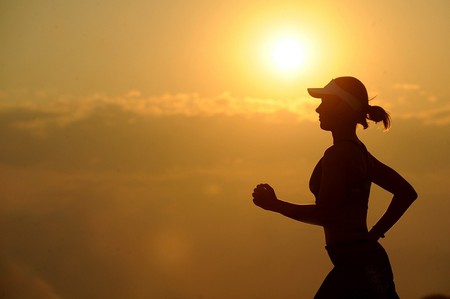 Charleston’s year-round mild climate makes the city a runner’s dream. Beautiful weather and gorgeous scenery combine to create the ideal atmosphere for outdoor exercise. Whether you want to run alongside the ocean or through enchanting, historic neighborhoods, the city abounds in places to run. Discover our favorite running routes in Charleston by reading this guide to the city’s well-loved neighborhoods, parks and outdoor areas.

By far one of the most popular areas to go for a walk or a run is the known as the Battery. This part of downtown Charleston is located at the very tip of the peninsula where you’ll discover multi-million dollar mansions facing the rough Atlantic waters. Pick up this running route at the intersection of East Bay Street and Murray Boulevard and follow the seaside sidewalk to the opposite side of the peninsula. The distance between each point is about one mile, so adjust your distance accordingly. 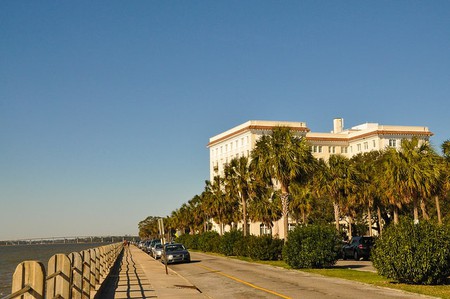 At the point where Rutledge and Ashley avenues meet Broad Street in downtown Charleston, you’ll discover a charming man-made lake known as Colonial Lake. After undergoing a major renovation in 2016, this part of the Harleston Village neighborhood has become a well-loved recreational area.

Laps around the lake make for one of the prettiest running routes in Charleston. One lap is equal to just under half a mile, so you can choose to race around the lake several times or follow Rutledge towards the tip of the peninsula and make your way to the Battery for an extra-long run. Next to the lake itself, the city offers public tennis and basketball courts as well. 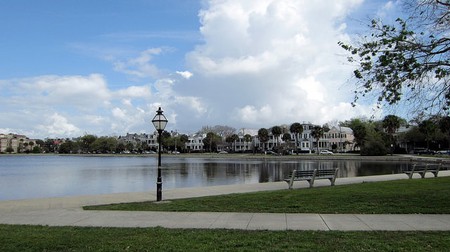 Across the Ravenel Bridge

Serious runners should plan to visit Charleston during the annual Cooper River Bridge Run, which takes place every April. If you can’t make it to the 10K, you can test out the most beautiful part of this running route in Charleston – the 2.6-mile-long Arthur Ravenel Jr. Bridge.

You can start your run on either the downtown Charleston or the Mount Pleasant side at Patriot’s Point. With a relatively steep incline, this suspension bridge can be a bit of a challenge, especially if you plan on taking a round-trip run. If you embark on this physically demanding route, don’t forget to pause at the top of the bridge and take in the breathtaking view of the city and the harbor below. 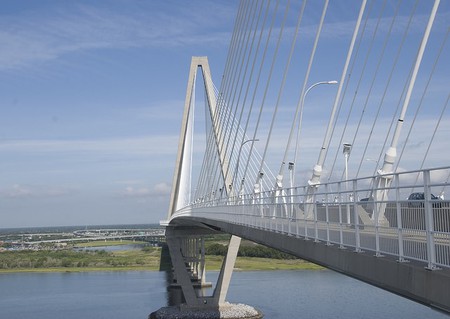