Awesome Free Things to Do in Columbia

The free things to do in a city are some of the best things, and we’ve rounded up nine ways to spend less on a day of experiences in Columbia. Save the change for a nice dinner out!

The cities of Cayce, West Columbia, and Columbia have worked hard over the past decade to keep creating more and more miles of safe, lighted, paved pathways that follow the rivers of Columbia. Nearly 10 miles of pathways connect the three cities in a unique walking or biking experience that brings people a little closer to nature in ways they otherwise might not be able to access. Different sections of the riverwalk have their own personalities—one is flat and open between a river and a canal, while another end is more enclosed by a canopy of whispering trees as gentle breezes tickle the leaves above. There is free public parking along with rest areas and emergency call boxes along the way. 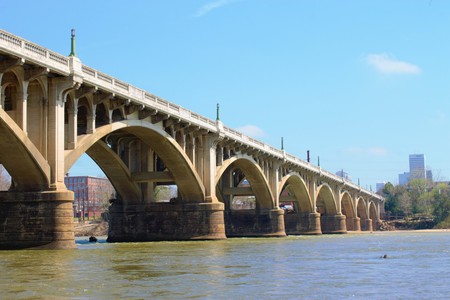 Or walk the dam

For another waterfront walking experience, the Saluda Dam—known to locals as just “the dam”—has a 1.7-mile-long walking area overlooking the massive span of the manmade Lake Murray. A beautiful westward view that results in Insta-worthy sunsets nearly every night gives walkers and joggers a reason to head out for fresh air and exercise. There is free parking on either side of the dam for exercisers. Dogs and bicycles are not allowed on the dam’s walking track.

Aside from the fishing license and gear, fishing from a creek is a free activity that also results in dinner. Many roadside creeks in South Carolina (found close to rivers and lakes) are prime spots to rest a hook unless, of course, a posted sign says otherwise. There are a few dozen different types of freshwater fish to be had from South Carolina’s fresh waterways. So pull up a patio chair and drop a line, whether your goal is to while away a few hours or actually bring home a big catch. 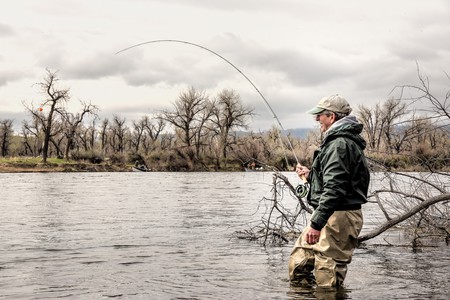 You don't have to stand in the water to catch fish, but you can. | © R Price / Flickr

People-watch at the farmer’s market

The stuff for sale isn’t free, but the people-watching at the Saturday morning farmer’s market is priceless. There’s a guy with a parrot who lets people pose for photos with it, and others bring their leashed pigs, tortoises, and puppies out for the carnival every Saturday morning. Musical talent abounds, too, with street buskers strumming guitars or jamming out on accordions in between vendors selling everything from juice to arepas. There’s plenty of seating in the two-to-three blocks of Main Street that Soda City encompasses each Saturday morning.

Due to the sands of time, the famed Peachtree Rock has fallen over, but the forest around it remains a fantastically wooded hiking area. 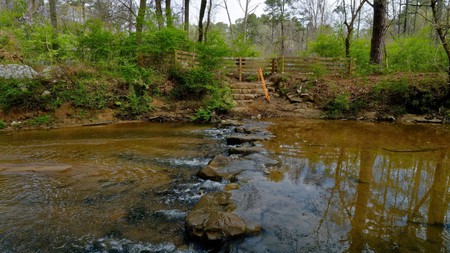 Shred some concrete at the Owens Field Skate Park with its specially designed park that has several skate bowls, stairs, railings, and a street plaza for skaters of all levels of experience to enjoy. Skateboarders, in-line skaters, and cyclists can use the 15,000-square-foot park that’s open from sunrise to sunset for free.

Learn who bombed the State House

Tour the impenetrable South Carolina State House on daily tours and see where General Sherman tried to blow it to pieces with cannons, and hits are marked with brass stars on the exterior. Guided tours take groups through the main hallways and the chambers, depending on if legislature is in session or not. Tour times also shift depending on legislative session and other State House events. 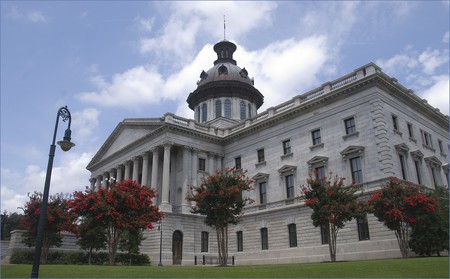 Do a tour of (bike) duty at Fort Jackson

There are tons of places to go on long bike rides in Columbia, but one of the safest options is on the base at Fort Jackson. There are fewer cars, and a lot more wide open spaces to make it an optimal place to ride for miles. The yearly pass you have to apply for is $15 but after that, riding is free. There are some very specific rules and regulations riders have to obey while on the fort, including wearing a helmet and reflective gear.

Relax on the Horseshoe

The central part of the University of South Carolina campus is one of the most idyllic college campus settings that may exist. Called the Horseshoe for its U-shape, the brick-lined pathways and enormous oak trees host thousands of students on a daily basis whether they are walking to class or studying in the sunshine. There are historical markers around the area, noting spots of interest for budding historians or those who want to know more about the beginnings of the storied university.